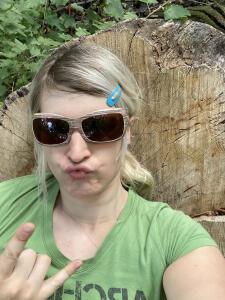 I have zero interest in leasing a truck. I want to eliminate debt not add to it. If one day I decide I want my own truck then I'll put in the hard work and pay cash.

Good to know. I’m brand new with Prime. Nobody at Prime really tried to jam a lease down my throat, but they did kind of have an attitude that assumed you were going to end up leasing if that makes sense? Any pressure I felt actually came from my fellow students/lease drivers who kind of looked at me like I was a complete and total idiot when stating that I planned to be a company driver.

I could be wrong but my gut was telling me that the old adage “if it seems too good to be true, it probably is” was highly applicable to these lease programs. But to each their own I guess.

No trickery. Respectfully decline by saying; “no thank you” and read everything you are signing...

A few years ago Prime used many tactics to try to push drivers into it including saying they had no trucks for company drivers but you could drive today as a leaser. Really scummy stuff in my book.

I always try to tell guys to watch out for those tactics just in case.

No trickery. Respectfully decline by saying; “no thank you” and read everything you are signing...

I don’t plan to lease, and so certainly wouldn’t recommend any new driver lease, but ultimately that’s just my opinion. It could probably get scratched off the list though, sorry!

I’m a total newbie, so take what I say with a grain of salt. My advice would be, in addition to what type of freight you want to haul, be sure to consider things like hometime policies, lease options, duration of training, benefits, company culture, etc.

Lease options for a rookie? Not an option at all. Not a consideration. Off the list.

I’m a total newbie, so take what I say with a grain of salt. My advice would be, in addition to what type of freight you want to haul, be sure to consider things like hometime policies, lease options, duration of training, benefits, company culture, etc.

Hey Kearsey, thanks so much for your prompt and detailed reply!

Everything you’re saying makes perfect sense. I’ll definitely check out the training materials as well. 👍 Anything to keep my brain in “trucking mode”! I didn’t have a gender nor smoking preference (I did tell them I’m a non smoker so she put that as my preference but I really don’t care.) I’ll just keep learning what so can and also treat this as a life lesson in patience. 😀

I love your content by the way! Your videos helped me a lot in making the decision to enter this industry, so thank you for that as well!

Hi there! I recently got my CDL through Prime Inc. (Springfield) I was told there may be a delay in getting a TNT trainer, but it’s been close to a month! Is this normal for the reefer division? Prime has been incredible so far and I have been getting paid on time each week, so I know I shouldn’t really complain, but I also don’t want TOO much time to go by for fear of my skill set deteriorating. Is it possible my home location is a contributing factor? I’m based out of Milwaukee. Any input or advice would be appreciated. Thank you!!!