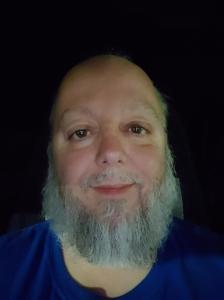 I am 46 years old, and have been driving for 25 1/2 years. Currently I am employed with Grand Island Express of Grand Island, Nebraska. I have pulled a reefer trailer for almost all of my career.

So I heard a trucking company recruiting ad...now I'm jealous....

Interride was part of Cold Carriers along with Sunco and Gantt, correct?

So I heard a trucking company recruiting ad...now I'm jealous....

I read that Holland Enterprises has Free SiriusXM, and a free tv and free satellite TV as well.

My current company Grand Island Express has free SiriusXM as well, but no satellite TV.

Which companies have driver facing cameras?

I think it depends on the camera. Imagine if they came out with a camera that recorded your whole day and evaluated your performance using some super high tech artificial intelligence. Then you was scored and coached on every single thing you did wrong all day long. What if the camera could read signs and see stop lights and know your exact following distance and stuff like that. Imagine if your fleet manager could play your whole day out using a fast forward button similar to a time lapse video. Wouldn’t that be the day. Imagine they had each driver on a app similar to tictock where they could swipe through live video of each driver at anytime of the day or night. This might make you drive better.

The idea that inward or outward facing cameras can make any driver safer is, at the very least, laughable. They serve only one purpose and that is to deal with liability and lawsuits. A way for insurance companies to push liability off to somewhere else.

Not hard to imagine all that. My truck, which I have dubbed the blue spaceship, already does much of that. We have the Netrodyne Camera system, and it reads stop signs, red lights, speed limit signs, School Zones, Do Not Pass Signs, and senses hard braking events, and it knows when you leave a School zone as well. Our safety bonus system is based off all of those things, as well as following distances. In fact, following distance, speeding, and stop sign/red lights, are pretty much all of it. Just a few minutes of following distance a day can cost us 50 points in a day. Each day starts out at 1000 points, and goes down from there, unless we get a driver star. Then it adds 50 points possible score for the day. A driver star means we are proactive about slowing down if someone cuts us off, and we open the distance between us to over 250 feet or more. The trick is to have the distance back before it triggers an alert. And the way people drive nowadays, that is a constant battle. Last month, I had a total score of 985 with 5 driver stars, and I was ranked 35th out of 189 drivers, which includes about 20 mechanics. I had 135 minutes following distance with 13907 minutes analysed. We can view the videos with the Driveri app that coincides with the camera.

I do not like the system, but it has made me much more aware of the whole following distance problem plaguing the highways. Combined with the collision mitigation system, the cameras are very stressful to me, because of the false positives that the collision thing throws out. It will go off for a random bridge, over head sign, or for no reason at all, and sometimes it randomly hits the brakes. If it were not for all that technology, I would probably spend the rest of my trucking career here, because I love the company that much. But the stress from it all has me looking for a new job. The problem is, I make 55 cpm, so finding something that equals that, and hires from New York where I live, and runs farther west than Denver has been proving extremely difficult.

Which companies have driver facing cameras?