It did not occur to me until after-the-fact that I might present this as a learning opportunity, and also I’m not in the habit of posting my mistakes and ignorance out there for everyone to see, hence the lack of ‘before’ photos… but what the heck, maybe I can prevent at least one driver from making this same mistake.

Driving tankers, I like to take advantage of the shorter trailers and park as far back in a parking spot as I can, nestling the rear tires against the curb. I figure that reduces the risk of having the nose of my truck taken off by a neighbor as they pull out. This has led to two unfortunate incidences in my nearly 5 years of driving, the first occurring during my first winter. I backed up against the curb too aggressively, pinning a mudflap between the curb and tires, ripping the mudflap off. Fixing it in 8°F temps, working with two wrenches and those tiny nuts and bolts taught me a lesson I thought I’d learned, until yesterday afternoon.

Yesterday I failed to pay close enough attention and backed up with just enough force to put both sets of rear tires over the curb. Anywhere else in this truck stop and that would not have posed a problem, as the earth rises up to the curb, which is pretty low to begin with; but behind my spot there is a gully, so on one side the two tires were hanging out in the air and on the other, they were just barely touching the ground. And as I am in Billings, MT, the parking lot is a sheet of ice, so I could not get enough traction to pull the tires back over the curb.

I waited until early this afternoon, when the temps rose from single digits to 34/35°F before trying again, and with the aid of a nine dollar 50lb bag of rock salt, which I spread around the drives, was able to get enough traction to pull the tires back over the curb. I was very lucky that 1) the temp climbed to 34°F, and 2) this truck stop sells bags of rock salt. The tow bill by a heavy wrecker to pull my truck two feet would have been several hundred dollars, I am sure. This is my story… Please don’t let it happen to you. 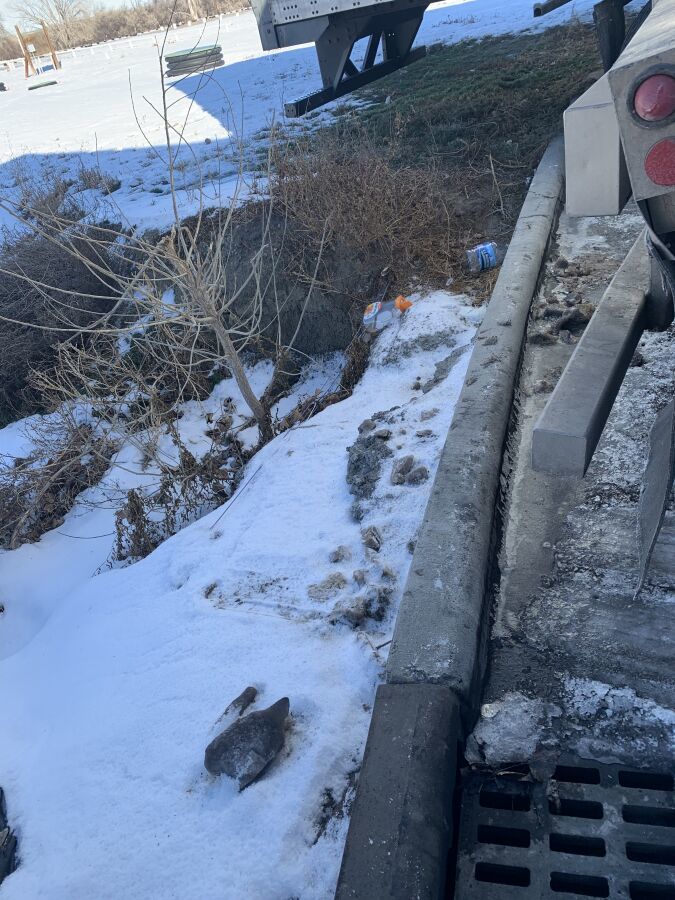 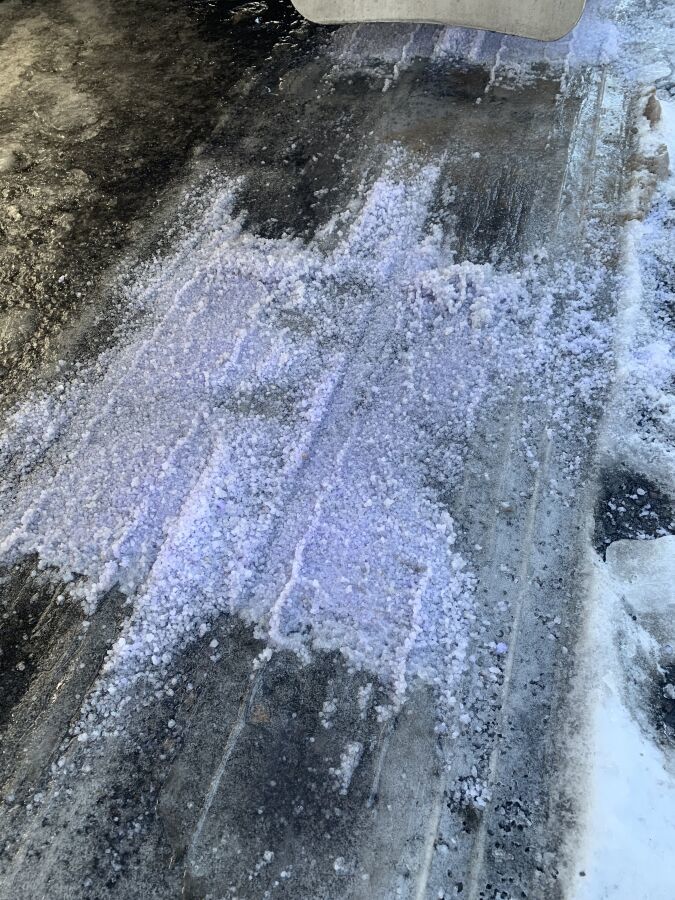 Thank you for sharing. Yes, my trainer told me on day one not to back too far because it could damage the mud-flaps. Lucky for me, I always had problems trying to eye-ball distance, so I normally park 5-6 feet farther, get out, walk and check, then do the final move :-)