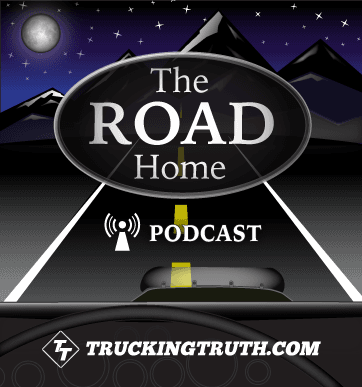 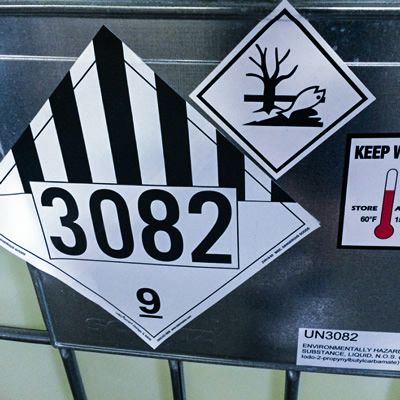 It's inevitable as a commercial driver that you're going to be dealing with law enforcement from time to time. Your truck will get inspected at some point, you may have to cross the border into Canada, and you'll likely get pulled over a time or two along the way. Understanding how law enforcement officers think and knowing how to work with them will help keep the delays you'll experience and the number of tickets you receive to a minimum.

Hey folks, I'm Brett Aquila with TruckingTruth. Welcome to another episode of our Podcast 'The Road Home' where we help new drivers prepare for life on the road.

Today I want to talk about the best approach to take when you're dealing with law enforcement. It's inevitable as a commercial driver that you're going to be dealing with law enforcement from time to time. Your truck will get inspected at some point, you may have to cross the border into Canada, and you'll likely get pulled over a time or two along the way. Understanding how law enforcement officers think and knowing how to work with them will help keep the delays you'll experience and the number of tickets you receive to a minimum.

They Are Not The Enemy

The first thing you should do is try to understand the nature of their job and how it benefits you as a driver so that you're not running around with the attitude that law enforcement is the enemy. In fact, it's quite the opposite. If it wasn't for the strict laws and the strict enforcement we face, there wouldn't be highways full of nearly brand new, beautiful big rigs.

I don't know if you've had the opportunity yet to get near the Mexican border, but when you do you'll see what we would be driving if our system wasn't as strict as it is. Mexican rigs are often times literally held together in places with bungee cords and duct tape. They're rolling death traps is what they are. It's shocking and quite appalling when you see one of these Frankensteins on the highways.

So if a business isn't being held to a higher standard by law enforcement then they're going to do whatever they can to get their best advantage financially. If they feel they have a better chance of making money by using old, broken down pieces of junk and putting the driver's life at risk then that's exactly what many of them will do.

That's why law enforcement really is your best friend in a big way. Every time you get excited about climbing into that beautiful new rig, remember why you're in such a safe and wonderful piece of equipment in the first place. Law enforcement has made it too risky to try getting away with using unsafe equipment. So the cops aren't just on the prowl for bad truckers, they're looking out for good truckers that might otherwise be victims of bad companies who might put your life at risk by putting unsafe equipment on the highways.

So yeah, getting pulled into an inspection is nerve wracking and frustrating, but it's far better than driving an old Frankenstein.

They Get Lied To Constantly

Taking a defensive stance, telling them silly lies, or criticizing them is the worst approach to take. Think about this for a minute. What if you spent your entire day dealing with people who break laws and then make excuses, tell lies, or criticize you at every turn. How awful would that be after a while, right? You'd get sick of it.

So when it's your turn to speak with them, do the opposite of what most people do. Be as friendly and cooperative as you can. And not in a fake way. Rolling your eyes and shaking your head as you're saying, 'Yes sir Mr Officer' is only more of that same crappy attitude they get all day long.

Instead, be one of the few people who are enjoyable to work with. Keep a great joke or two tucked away in your back pocket and use small talk to take their mind off the crappy job they have to do.

Which leads to our next point which is something most people don't think about. Many law enforcement officers, especially state troopers, don't like inspecting trucks. How would you like to go through the police academy, become a powerful officer of the law, get up in the morning to put on that shiny new bage and hat, and then be handed a greasy creaper to lie on as you roll underneath a truck to inspect its rusty, filthy, disgusting underside. Trust me, they don't want to be there anymore than you do. If you think you hate inspections, imagine doing them all day long! Lying underneath a filthy, disgusting truck is not what most police officers envisioned when they joined the force.

So find ways of letting them know that you understand their job is no cake walk either. Empathize with them. I mean, think about it - how many people get pulled over and spend even five seconds worrying about the welfare of the officer? No one! They're worried about themselves and the trouble they might be in.

So be the one person that day that actually wants to talk about the officer and the job they're doing. Let them know you're aware of how tough it must be to inspect trucks all the time or be treated like a bad guy for doing your job . Because make no mistake about it, whether or not they write you a ticket is their call. They don't normally have to do anything. You can't scare them into letting you go. You can't intimidate them. Your best weapon is being super friendly and pleasant to be around. You'll feel like a ray of sunshine in their otherwise crappy experience.

Remember They Have You Dead To Rights

The next thing to keep in mind is that you're never 'safe' from law enforcement. It has been demonstrated many times that if law enforcement wants to write you a ticket, they can. There's no such thing as a truck driver who is so safe and legal that they're untouchable by law enforcement. So never make the mistake of thinking, 'I'm legal. They can't do anything to me, anyhow.' Oh yes they certainly can. Remember, whether or not they write you a ticket is purely at their descretion. The way you interact with them will go a long way in determining how it ends for you.

When you're dealing with law enforcement, make sure you're organized. Have your bills handy if you're loaded, have your logbook ready to read, have all of your truck's permits and registration ready to go, and of course have your license at hand. If it seems like you were caught off guard or you're disorganized they're far more likely to assume that there are details about your job that you're missing and they're going to dig deeper. But when you act like you're well prepared and have everything in order it gives the impression that you're on top of your job and you’re doing everything safely and thoroughly. So make sure that you’re well organized and prepared.

One of the things you want to do is make sure you act confident and relaxed. Being prepared with the paperwork is already going to make you look like you're on top of your game. Now the next thing you want to do is act like it.

See, there's this instint in all predators that makes them more aggresive when they sense weakness or fear. That's why you've heard many times not to 'act like a victim' when you're out in public or you will seem like an easy target to criminals. Well in a way you want to take that same approach with law enforcement. Don't act like you're nervous or intimidated. That is only going to arouse suspicions and trigger that subconscious aggressiveness that's in all of us.

But at the same time you don't want to come on as too strong and aggressive either. That attitude may also inadvertently trigger aggressiveness in response.

Instead, be confident, relaxed, and pleasant. You want them to understand that you respect them and appreciate what they do. They already know they have all of the authority in the situation, so if you’re acting confident and relaxed it's going to help give them the impression that you’re comfortable with the situation because you know your job and have everything under control.

So as you can see, there are quite a few things to keep in mind when it comes to dealing with law enforcement. Make sure you keep a great attitude and remember the reason you're in a safe, well-maintained rig in the first place is probably because of the strict laws and the strict law enforcement we have in this country.

You’ll also get on their good side if you’ll go out of your way to let the officer know that you recognize the difficulties they face with their job too. Find a way to let them know you understand the importance of the job they're doing and how it helps make your job safer at the same time. Relating to them in this way is something they’re not used to, and they will certainly appreciate it.

Also remember to act relaxed and confident, but don't go so far as to seem arrogant or unconcerned with the situation so you won't trigger any predatory behaviors. When you’re speaking with law enforcement, they've got you right where they want you. The question is, what are they going to do about it? You want to be the type of person that disarms them by having a pleasant and calm demeanor. Make them feel comfortable with the idea of letting you go without a ticket.

And finally, keep your paperwork organized so you give them the impression that you’re on top of your game.

Law enforcement officers normally don’t enjoy doing inspections or pulling you over anymore than you do, so try to relate to them on a more personal level and get them on your good side so that when the work day is done you can kick back, relax, and enjoy the road home. I’m Brett Aquila with TruckingTruth and we’ll see you next time.