Profile For The Dude 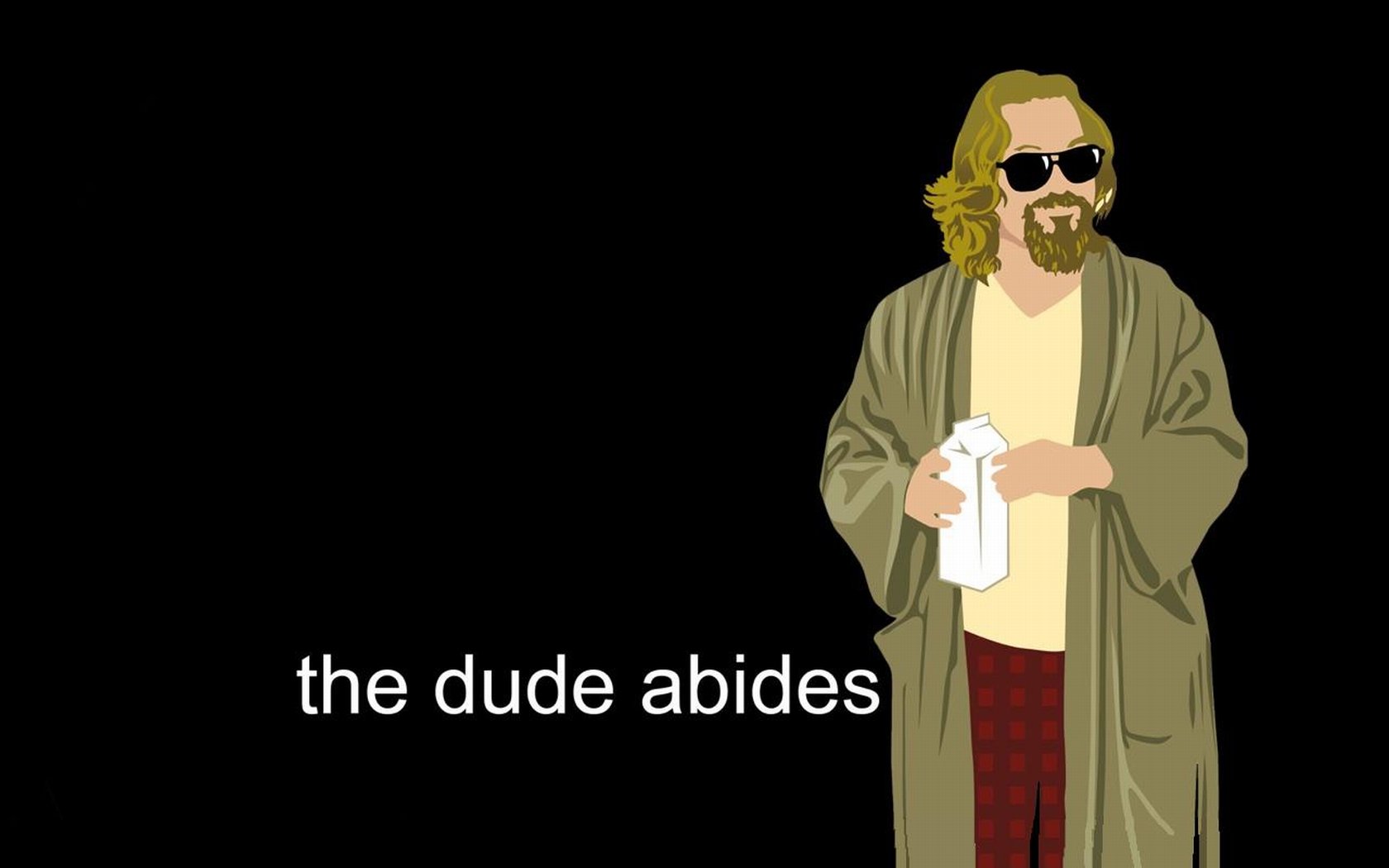 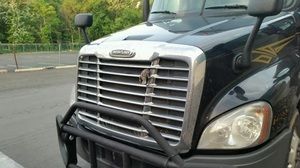 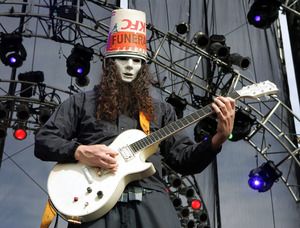 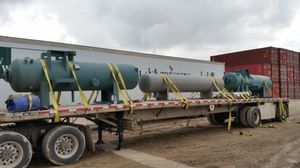 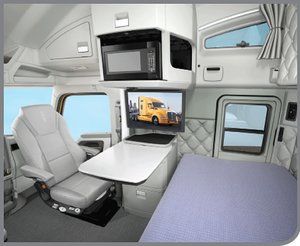 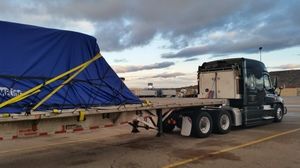 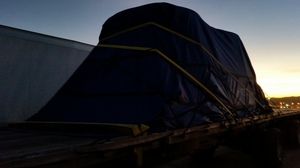 Comments By The Dude

Please go into the sim lab and find either Sean or Bryan. They will help you get to where you need to be on your pre-trip. As far as your backing concerns, also present that and they will help you in every way they can in your journey to obtain your CDL.

Daniel, please pm me with your phone number.

PM me your number. I'd like to talk with you tomorrow.

Do you train PSD as well or just TNT?

Regardless, I'd like to meet you. Post where you tractor is parked in the lot and I'll come find ya Saturday afternoon.

I can tell you that whoever has to teach you how to double clutch is going to be happy as hell that you play drums.

The "human centipede" theory of why trainers are horrible to their trainees.

This job is inherently very stressful and dangerous. It makes many drivers very salty. Defense mechanisms become rampant. They become salted to the point that they are old pickles and then the old pickles are training cucumbers. What a perfect breeding ground for personality conflicts. Many times when you hear about a bad trainer, the trainer isn't actually bad. Many times the cucumber just can't handle the pickle.

I find this post very interesting. First off I have not seen the movie based on my knowledge of the premise :) Secondly, my guy is doing his TNT as we speak and all he talks about is how many different trainers have tried to get him to go with them, with varying promises of more money, or home time, etc. Maybe he is the exception though, after reading this thread. Appreciate the insight! <3

You should be very proud of your guy if that's the experience he's having here. He must be showing initiative and promise, or maybe he's just networking really well, but he must be doing a great job. Let him know how proud of him you are because this TNT period will be the most difficult span of time he will have in his career.

Yet more pipe out of Cedar City, Utah, this time with three stops in the Arid Zone. Dropped at Lake Havasu City and Flagstaff today, last stop tomorrow morning in a suburb of Phoenix. Next load will take me home for four or five days of home time, which I am more than looking forward to. 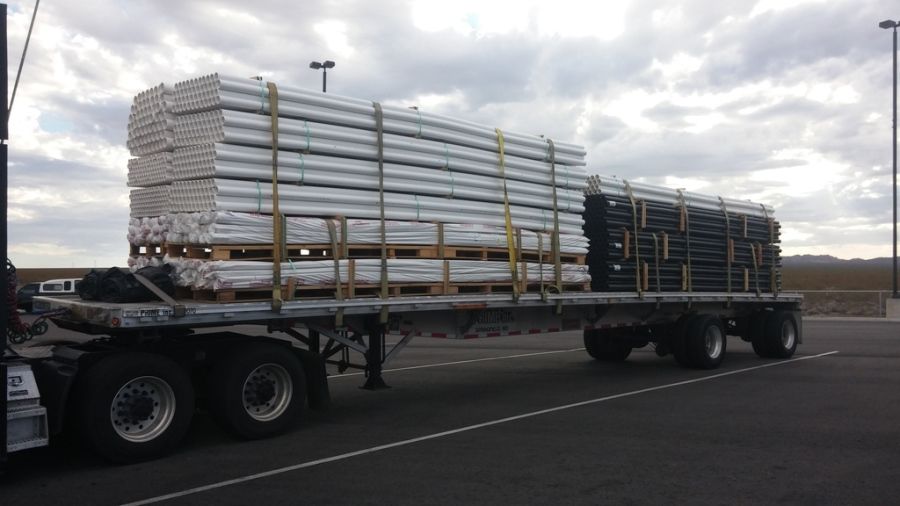 Lucky. That's basically my favorite load. I love picking up in CC and running in the desert. I once tried to talk Prime into letting me do some sort of dedicated work out of there.

What information should I know from the CDL handbook to pass a Permit test?

Yes, you absolutely can. When I got mine, I got the endorsements my company required, and then I tried doubles/triples for the heck of it even though it wasn't needed, and I got that one too.

I am a citizen of Saturn's 14th moon Enceladus, and Prime hired me.

Don't let your double clutching get rusty. Even after being out here for awhile, sometimes I'm just not feeling it when floating downshifts, so I'll go to double clutch.

I'm sure you didn't because you guys were on the wrong side of the state, but we're you by chance able to take her to see the tiger when you were in LA?

And as far with communicating with receivers in flatbed and potentially getting unloaded early, I've had a lot of good experiences with this too. I usually always call my receiver contact when I'm on my weekend load to see if they have overnight parking at their site. Multiple times this has resulted in someone coming in to unload me on a Sunday, putting me in front of the line for a good load assignment on Monday morning.

One fine morning on I-55 in Missouri

There was probably a guy sleeping in that bunk, and that's why I don't train TNTs.

Freightliner hood latch How do you close this dang thing Seriously, how?

I'm a Led Zeppelin junkie and No Quarter is my favorite song ever. Today I heard a cover of that song for the first time ever, No Quarter by Tool. For anyone into hard rock, I'm sure you've heard Zep's original version of this song, but if you haven't ever heard Tool's cover, I highly suguest you go onto YouTube To listen. It's really incredible.

If you are being dropped off at home and wish to do so, you are on home time without pay. If you wish to stay on the truck while your trainer is on home time, you are entitled to your pay. You won't both go home and get paid.

My first run-in with the HOS brick wall

The problem with the 14 is it makes those three cushion hours of on duty way too critical. In flatbed, on days when I unload and reload, I find those three hours are sometimes enough, sometimes not enough to get it done without cutting in to my 11.

Well, most truck drivers get paid by the mile without any type of hourly pay when they are loading/unloading (tarp pays eases some of this pain in flatbed if a tarp is involved), so if a driver cuts into his 11 by spending too much on-duty time on the 14, he is essentially losing money.

So what happens in flatbed, load securement time falls into that three extra hours of on-duty time you get, the three hours you don't want to exceed so you don't lose money, so taking time to properly secure a load now becomes a detriment to making money.

The government has created a system that prohibits flatbed drivers from taking an ample amount of unpressured time in securing a load without losing money. Think about that for a second. Out of all the guys who didn't use belly straps and put a pipe through their cab over the past few years, I wonder how many felt rushed during the securement phase.

Looking for a Prime instructor for PSD

People waiting a month. At which point will Prime realize that the PSD training package needs to be overhauled so A.) Instructors make more on the front end rather than residuals, and B.) Lease Ops stop having it in their best interest to just go from TNT to TNT.

I've been back and forth on whether I want to train or not, and this might help me want to do so. I could ask them to complete these sections while they are training and that could help me immensely in getting them prepared for everything in such a short period of time.

I will go through all of the sections later on today.

What Would A Pro Driver Do?

Early in my career I was driving back empty from Fort Bragg, CA down us 20. (A very curvy 2 lane road with few passing lanes) Well I had another truck riding my ass much like six string. I came up to curve with some extra room on the dirt shoulder so I decided to grab the shoulder and let the jag off pass. Well he passed me so I started to get back on the road but only my left side tires were on the pavement and I started spinning out not moving.

I was going uphill and couldn't drive forward so I decided to try and back up on the pavement and get my right side tires on the pavement as well. But since I was on a left hand corner my 45 ft trailer began going over the lane I was traveling but I still couldn't get traction to move forward. I even tried engaging my inter axle and that wasn't helping.

Next a CHP officer stopped behind me and turned his disco lights on and began directing traffic since I was blocking a lane. I told him I was only able to roll backwards but I may be able to get all tires back on pavement and get going. He said "go ahead and try," so I did. BAD IDEA!! All I did was jacknife more and now was blocking both lanes with no more room to back up and still not able to move forward.

For the next two hours I sat in my truck completely blocking us 20 with cars backed up miles in each direction and some very angry people.

A wrecker finally got to me and pulled me back onto the road. I asked the chp officer if I needed to sign a ticket and he just shook his head and said, "no just get your ass moving and don't pull off the pavement again!". To this day some 15 years later I've never made the same mistake.

The moral of the story. Don't let some jag off in a hurry behind you dictate your driving. And keep your wheels on the pavement.

Good Lord, I felt pain reading this. That had to be such a bad experience. I've done a lot of really stupid and embarrassing things in front of people in my career so far and have lived many days in shame, but if I had the misfortune of having this happen to me, I think I'd just flat out die of embarrassment.