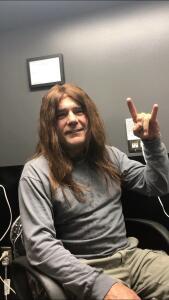 i have had my cdl since 2002. i have not driven since school. thought i might lose my job. got it as a back up. i still hope to drive some day. 2021 update retiring in a few years. Maybe get a few years in OTR

First visit to the new forum and brief update

Now this is amazing,

No way would I do Nyquil. Has alcohol.

Its probably allergies. I couldn't sleep and my eyes were killing me all through Indiana and Tennessee

no alcohol in Nyquil Z

What is my punishment?

I dont know but I honestly consider your information and experience with this extremely valuable. It puts it in a little different perspective when its not just talk from someone. I think this coming to light could be a good words of wisdom learning tool. So just from me thanks.

Choosing the right type of trucking

Call some companies and inquire about it.

Choosing the right type of trucking

I sat with my fiance and we decided for me to go in early. I start prime febuary 20th.(she at least wants me for valentines day i understand that.) Her stepfather is furious and wants all of my stuff out before i leave no problem. Ive been looking at.storage unit prices.earlier in the year anyways.

Now i need to buckle down and focus on high road and ignore everything else. I am excited and ready to tackle this first step to the best decision i could make for our lives.

Thanks for the support everyone and dealing with my annoying tendencies, i know ive been a pain with good intentions.

The school I attended also had us test in trucks and trailers that were very different than what we trained in. they like to collect that xtra 100 for the retest. I did pass but many fail.

I have just finished a six moth training program but the school will not let us practice in or pretrip the truck before our test so I want to drive and inspect a truck before I take the test. It's crazy that they won't let us touch the test trucks.

Here in Florida, all testing is done at 3rd party facilities.

Think a Class A (with tractor & trailer) is $450 for test and rig at the County VoTech I did my school at.

That doesn't help for PA. I don't think ANY TESTING SITES (official DMV offices) "provide test vehicles" - even for automobile testing. Way too much liability exposure if you kill someone in a state-owned vehicle.

Correct Rick. Not in PA.

The Adventures of Daniel B.

Well I messed that up. I was wondering how these auto-matics handle in the mountains.

After 35 years of banging gears I will take Auto shift every time. I absolutely love the auto shift transmissions available today. I move trucks piggyback out of San Antonio, TX and I drive all new trucks. Many of them come with auto shift transmissions these days and they are very reliable. You can place the switch in auto or manual shift. You know it's funny but you can always spot a new driver belly aching about how automatics are unreliable or getting excited because he has just been assigned a truck with a 13 or 18 speed transmission. Then even though he/she has only 20,000 on board they feel a need to go through every single gear. LMAO I think we all used to be that way.

While we are on the topic, you know it's funny but you simply can't compare today's trucks to their predecessors. Modern new drivers have no idea how easy they have it with their walk ins and everything else on board these days. They are as different as a DC3 aircraft and a commercial airliner. When I was about 22, one of the first trucks I drove back in '80 or '81 had a duplex or sometimes called a twin stick. You had two shifters; The main and the auxiliary. Today, they are bundled together in the same box, roughly speaking, with the two gearshifts replaced by the shift lever and a hi-lo range selector, roughly equal to today's 9- or 10-speeds. Now, let's see if I can get this right.

First gear on the main box, low then into high on the auxiliary. That's the easy part. Next, shift the main into second, but before engaging the clutch, you pull the auxiliary out of high, rev the engine, slip it into low and engage the clutch. Now you're in second low. Depending on the load, you might have to do that all the way up through the gears 'till you get to top speed. More likely, you'll cheat and run through a few gears in low before you have to start splitting them. It only gets worse when you get into the 3- and 4-speed auxiliaries; today's 13 and 18 speeds.

Shift timing had to be impeccable, and good drivers could often skip shift and even split odd gears. If you missed a shift, it would bite you but good. The teeth on the gears were spaced pretty widely apart, so there was a good chance that a partially engaged gear would kick the shifter back. If you were lucky, the meaty part of the palm of your hand took the brunt of it. Drivers have had wrists and fingers broken by the kickback.

If you happened to miss a split shift, you wound up in what they called double-nothin' -- both transmissions in neutral. That often meant a full stop to get the thing back into gear, though some of the drivers made claims to finessing them back into gear, if they could remember which gear they were in. Personally, I haven't seen this done without a very unhealthy grinding of the gears. You may have seen pictures or heard stories from older drivers about drivers with one arm wrenched through the steering wheel gripping a shifter while the other arm grapples with the other stick. God forbid you happen to hit a pothole at that moment, because the big steering wheel with all its leverage could whip around and easily break an arm.

Good job G-Town. Now, I've got another musical trivia question for you guys. Who was the once popular rock band who did a version of that song?

Yes, I *just* got my permit on Saturday. Started learning how to downshift on Sunday. I know HOW it's done. Just getting my feet and hands to cooperate is the catch. I can't seem to get it into gear properly and by that time I need to use the service brake to stop, and I end up stalling out the truck.

My driving instructor did say that our truck is old and that it can be "tricky" because of all the abuse it gets from students learning how to drive but that will make it easy when I get into a newer truck when I get to Prime. So, here's hoping I can learn quickly!

when I was in school I loved down shifting they wanted us to go down at least 3 three gears when it was needed. relax,clear your mind and do it. don't stress that's why its called training.

Justin, I wanted to bump this one back up to see if you had any response to our advice.

There was a time when management hired people to intimidate strikers which many times led to injuries and sometimes death. it his a heated issue from every angle, ultimately the working man/women needs to find away to get a bigger piece of the pie.this web site in many ways is an informal union ,helping one another get started in trucking,suceed and excel in a very difficult business.even though I have not had to use my cdl I enjoy many of the stories and adventures. the people with the money have formed their own union to destroy unions and have done quite well.

scabing a strike is like someone coming in and lowballing you at your job.it is hard to maintain a good working wage under those conditions