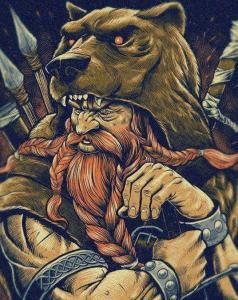 I understand you would like as much space in your bunk as possible, the only reason I ask is I have one of those old on shoulder strap Army style canvas duffel bags and that is probably 30"+ tall (large enough that I can fit 1 weeks worth of clothes, Shoes, bathroom bag, sleeping bag and pillow inside) and I would prefer not to so buy a whole new bag if I can help it. so is the 24" recommendation a comfort thing or is it a "you're limited to a 24" duffel bag or you probably won't be getting on a truck"?

What do you/will you miss the most?

I'm gonna miss my wife,son, dog, Xbox. Cooking will probably get a lot easier for me, I think because you really can't buy meat that lasts longer than a hour without being cooked so Meal planning is gonna be a plus.

Hey Powerball Winner. What will you do with that money?

Buy a ****e ton of land out in Montana or Wyoming, build a House complete with Indoor heated swimming pool, do the same for my mom, make a college fund for my son, then work. Because that isn't gonna last me until I'm dead, and ya know taxes.

Thoughts on this load

You can protect a strap from getting cut and they actually have a higher WLL than your 5/16" chain by at least 500 pounds.

As for the blocking, I can not tell if there is or is not by the photo.

If you look at this photo of concrete pipe that I hauled, you will see that not all of the pipe has a chain or strap through it. 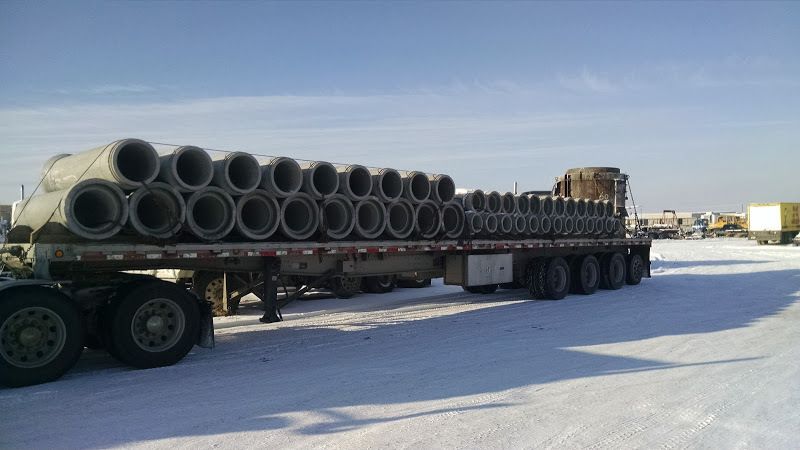 Not gonna lie, I would be terrified driving my car within 100' of that load simply because my wife made me sit through all the "final destination" movies.

Did my DOT physical today

Now this may sound strange, but did they have you run in place at all for your physical? My buddy who has his CDL B said they changed it a couple years back where you had to do that.

As for protection, I'm not sure what I'll have. I've read in FL that pepper spray over 2 oz requires a conceal carry license. I had originally been thinking bear mace (which is like 8 oz), now I'm unsure.

This is true, and Bear mace would be considered a "Chemical weapon or device" under FL Statute 790.001. But you can carry a stun gun without a CCP as long as it's for SD.

No way am I lease operating, Brand New trucker goes Lease straight out of school, doesn't seem like the best plan for a 24 year old with no business experience.

Bringing food sounds pretty solid I never considered that, mainly because I figured it would be frowned upon.

Thanks I have $120 saved (Barely) and wanted to know where a good amount would be to tell my current jobs goodbye, looks like I'll be saving some more.

Are there any? I just re-went through the Company sponsored training reviews and looked at the feature charts and it said Prime had no Upfront costs, if this is not the case I would like to know how much I need to save at a minimum. (I realize $500-$1000 is a good Idea but I'm talking bare minimum, enough to get the admin costs and CDL paid and have some money for a loaf of bread and peanut butter and a bottle of water you can refill a couple times a day.)

I am down with the High Road, even when it makes my brain hurt from the repetition. I'm even slowly making my way through Bretts' Book.

I our simply out of habit I'm a member of a "Tactical" training forum and one of their rules is "Read more, post less" they have that rule because the questions that keep being brought up have been answered a million times in different threads. That and I try not to post unless I have a question or can answer a question.

Officers Search Semi Truck Because Driver’s Clothes Were Too Clean. This Is What They Found.

Let this be a lesson to future truck drivers everywhere: be a dirty slob, wear filthy clothes, and keep yourself generally unpresentable; you'll blend right in!

Does that mean once you go solo you should go full ZZ Top? If so I'm all for it I despise shaving as it is.

I didn't receive a Private message.

Yes, and I thank everyone who Chimed in (even in the hijacking), you all have been extremely helpful.

What's all this X, Y and Z stuff? Are you using Algebra?

No, unfortunately my parents never gifted me with a very good descriptive ability. I meant Mini fridge, microwave, cool toys you put in the truck. And Holy Odin, I'm 24 and I barely made it half way through Sinnizters videos, how did a former school teacher?

Since you work for swift Can you tell me the general policy they have for Home/Trucks? I only ask because I see a lot of posts about putting X,Y,Z in the truck but it is still a Company truck (for company drivers anyway) so if you aren't in your truck for say a week as an example because of whatever reason be it vacation or injury do you drop you truck at a yard and then whoever needs a truck that is at that terminal gets your truck or does it sit there until you come back (I am basing the assumption off of a "Sinnizter the trucker" (Knight trans driver) YouTube video I saw where he was speaking to a Reefer Recruiter and she said if you're down for more than X days they need the truck because if you're not driving they aren't making money. https://youtu.be/ziPC2uRlzPM) , So if this is the case what do you do with your stuff?

With all respect for your relatives, how does your sister come up with Swift = "no no"?

I truly have 0% Idea on how, other than her friends and her dad, she came to her opinion. (and I wouldn't exactly give her an "authority" more of a 1/2 informed opinion.) But I have been cruising Trucking Truth before I registered for an account and have been using the High Road program and am currently on page 5 of Bretts book, so I feel (in my humble uninformed opinion) that I am slowly making my way to being more informed.

Sorry for the title I'm a video game nerd and the note does say make the subject memorable.

Anyway, Can anyone give me a pro/con on Swift and Prime because all I can dig up is what I can find on the Company Sponsored Training section. and I'm kind of leaning toward Swift because they're the only ones to have a recruiter actually get back to me other than a single email. But on the same token My sister (whose father happens to be a trucker for FedEx, and is friends with at least 3 Truckers that I know of) told me Swift is a No no, which directly contradicts the Training review Here and everything else I've read so far. I really want to make a better life for my tiny family and working 13 hours a week at Kmart is not cutting it which has led me to Trucking Truth.