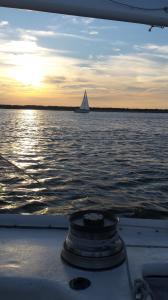 2r22 will this affect employment?

Depends why you need an SR-22.

Not sure but maybe this link could be helpful for you. If not, my apologies. https://www.truckingtruth.com/wiki/topic-55/trucking-company-policies-on-drivers-with-dui-dwi

1988? age 19? - Single car accident, hit/broke phone pole, totaled a previously awesome Mazda RX7. Left scene of the accident. Breathalyzer next morning when they caught up with me. The newspaper read: alcohol may have been a factor. No DWI or loss of license.

And yes I'm clean and sober almost 7 years now! So that will not be an issue going forward. I'm out of chances!

Pretty sure I'm good. I've applied to a couple companies and did hear back, they were interested and said I was good to go. But the applications didn't ask about stuff as old as the 1985 COPS incident or the 1988 'deer in the road'. ;)

Thanks Solo for the detailed write up! I was in particular shocked when you said you lost more than 1/3 of your class thru the physical. What are people thinking before they travel all the way to training? Yikes!

Keep up the good work!!

Good luck James! We are all rooting for you!

Exactly what myself and likely others are interested in. Day to day life as a driver, plain and simple. Not just the highs and the lows. Many of us considering taking this leap of faith into trucking, want to be sure that any preconceived ideas we may have are as accurate as possible. What better way to get it than from someone who is out there doing it!

Thanks for the Links OS & Rob T! Just what the Dr. ordered! Maybe these and others could live in their own forum?

Sorry Jamie! Now back to our regularly scheduled programming....

Hey Jamie, looking forward to reading your posts here. Really appreciate your taking the time. It's very helpful. I have been reading as much as I can here on TT and find it all to be invaluable.

It's interesting, I was just thinking it would be nice to see a sort of chronicle over a period of time from some of the regulars on here. It could just be over a week's time on the road or a month, etc. I love the training diaries, but find I'm interested as well in getting a better feel for the day to day life as a professional driver. I think it would add a great deal to the amazing info, stores, posts and Brett's book which are here already.

Be safe and keep up the good work!