I'm just starting out, learning all I can. 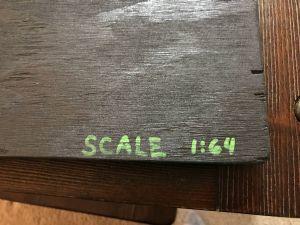 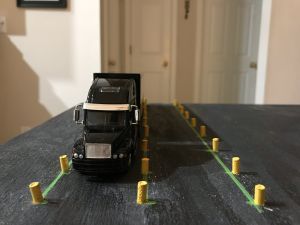 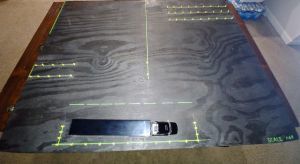 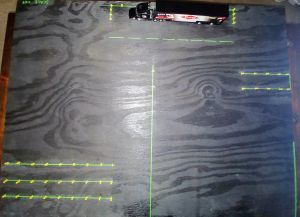 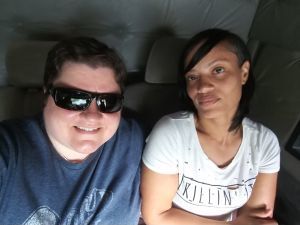 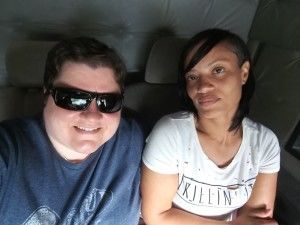 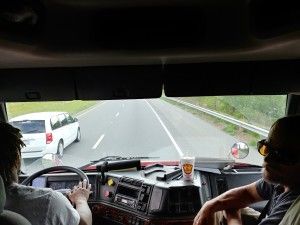 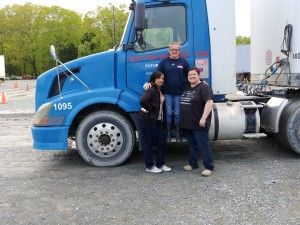 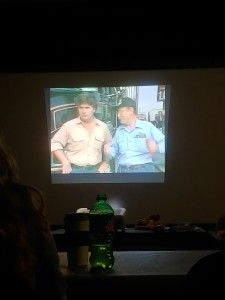 Thankfully, your opinion of me does not define me.

Brett, I am amused that you think you know me.

From the beginning, recruitment was non-chalant and seemed to barely give 2 poops about me. They did not explain to me what I could expect, except for what was included on the student portal. We were responsible for getting to the school. The school was ok overall, but there were definitely things that were not. Like equipment that was falling apart and way too much time spent standing around outside. I got my CDL and was assigned a mentor. One of his first questions to me was whether I still menstruate. He asked me if I'm fat. He told me to drive in flip flops to avoid having "stinky ass feet" on his truck. I was not allowed to use his fridge or bring a cooler. I complained and PAM responded appropriately and quickly by assigning me a new mentor. I was with him for 2 weeks. He showered once. His whole truck smelled like rotten butt. He raised his voice at me daily and rarely answered my questions. He was short tempered and easily frustrated. One morning, as I climbed down from my bunk, his phone was lying face up with porn playing on it. After I got off his truck, I was taken to a yard that was a tad less crappy than all the others, but was still pretty gross. The dorms were pretty nasty and the towels were stained. The showers were dirty, of course. During orientation, we were taught to throw away our long forms to our physical in case we are ever stopped by police. We were given the option to buy into a plan for an attorney in the event of an accident or incident. After 2 days of orientation, we were tested, which was fine. I was given a crappy smoker's truck and asked for another one. I was looked at like I'm a terrible nuisance. They did give me another truck. It was pretty crappy, but whatever. At that point, I was just done.

By contrast, Roehl's recruitment has been amazing. She and her manager both have been super sweet. They have told me exactly what to expect and when. They rented me an intermediate rental car, not economy, to get me out of PAM. They paid for 2 extra days at the hotel for me. The hotel is a really nice Comfort Inn. They provide a shuttle every morning to get to the yard, which is really nice and clean. Everybody I've talked to has been fun and energetic. They want me to make sure I keep my long form on me at all times and emphasize safety at all turns. It's all over the walls and in tons of videos and preached constantly. I can't speak yet about mentors or trucks. But, the professionalism and concern has been much greater here.

I know some of you will think I'm an entitled brat. That's fine. I did what was best for me.

Nighthawk I find it rather amusing that you take the time to answer a question from someone considering going to trucking school, yet you choose not to reply to Old School, Brett or me.

Speaks volumes about where your head is. I sincerely wish you luck because you are going to need it.

I have stated that I believe this is my best option. You all disagree. Short of arguing, I'm not sure how to respond. I am determined to make this career work and to work this career. I don't believe every company is one size fits all in any industry, even trucking. Maybe I'm wrong. But, I don't believe I am. 6 days of experience with Roehl is already better than the 6 weeks I spent with PAM.

Nighthawk, I remember you saying you weren't thrilled with the six months of teaming before going solo. Was this one of the big reasons for your change? And will you owe PAM anything for the schooling?

It was a very small factor. And yes, i will owe for schooling, but Roehl will cover the majority of the cost.

Maybe I'm wrong. But so far I feel better at this company than I ever did with PAM. Time will tell.

There were many factors along the way that ultimately led me to the conclusion that they don't care for their drivers. I won't go into a trashy tirade, but it all came to a head on Thursday and I broke down from 6 weeks of exhausted frustration. I am much more at peace with this decision.

Btw, I did upgrade.

After much careful consideration, I have decided to leave Pam. I have decided to go with the company Roehl. I feel like it's a much better fit, and I'm very much looking forward to training with them. I will start out with a 6-day orientation in Atlanta Georgia. After that I go out with another trainer for 19 days. Thank you for following along this far.

Delivering what i think may be my last load with my trainer. Waiting for them to unload and reload the trailer. Then on to the yard where I'll upgrade!

I shpuld be upgrading any day now. The anticipation is killing me, lol.

Today was a long one. Started in New Braunfels and went to Laredo. It was hot as balls, but the drive wasn't too bad. We waited for 2 and a half hours at the yard in Laredo waiting for the dang mud flap to be changed. We napped while we waited. Then we dropped that load at Penske on the border. We went back to the yard to get the bill for the next load, which was at yet another yard. It's the heaviest load I've had so far, and it feels a lot different. But, I've done good with it so far. When we pulled into the Love's for the night, he, of course, had to help me back up into the spot. I am really struggling with the clutch. Either the truck lurches, or it rocks. But, I cannot find that sweet spot where it just creeps backward. It's very frustrating for us both. I made a comment about sucking at this and he kinda lit into me about not being negative and down on myself. We had a very good, hour long talk and I broke down crying at the beginning. I guess the stress got to me.

Forgot to mention, my dang ankles are swollen like crazy! I adjusted my seat and drank more water, but it doesn't seem to have helped.

Today I drove from little rock to new braunfels, tx. I drove about 10 hours total, and we just called it quits. It went smoothly for the most part. He helped me back into our spot here. Aside from that, it was all me, the whole time. There was one time that I dragged the trailer in the ditch... That was scary. And then in heavy Dallas traffic, going up a hill curved to the left and trying to merge into traffic, I couldnt get it into 4th and had to start over in 1st. BUT... I corrected the problem on my own. He even told me I'm doing better!

All in all, I'd call it a good day. AND I get a full 12 hours to rest!! I already ate and pottied. I'm gonna watch The Handmaid's Tale and then pass out.

We started at the yard in Indianapolis and stopped at the yard in Little Rock. I am exhausted, but I have time for a full 8 hours of sleep! Plus a shower in the am! Lots of beautiful scenery today. But, I'm pretty sure my trainer hates me. He's very short with me and seems really annoyed that I'm struggling with backing. I'm not sure why I suck, or how to get better. Other than just listening and trying my best to not take it personally. It's just hard for me to figure out which way to turn the damn wheel. I'm a bit discouraged by it. But I'm not ready to quit. Ima keep at it!

I have to team for 6 months before I can go solo, so it will be after that :(

Started out at around 730 this morning in Ohio. I drove through Indiana and Chicago to Bellwood, IL. So far my impression of Illinois is that it is nothing but traffic jams and tolls. It was crazy getting through all of that in a manual truck. Y'all, it's so hard double clutching is in that ****!

After dropping that load, we're heading to our yard in Indianapolis to pickup another one. We got to see the windmills in Indiana. That was super cool. I hate I didn't get a picture of it. I ran out of hours, so my trainer is driving now. I'm still digging it out here. I just can't freaking wait to have Carol join me.

Oh.... I forgot to say, when we got to the pickup location, the load had already been picked up! So, we drove all that way and barely had time to get out of the yard for no reason. Trainer is mad. I think it's kinda funny... But I see his viewpoint, too. 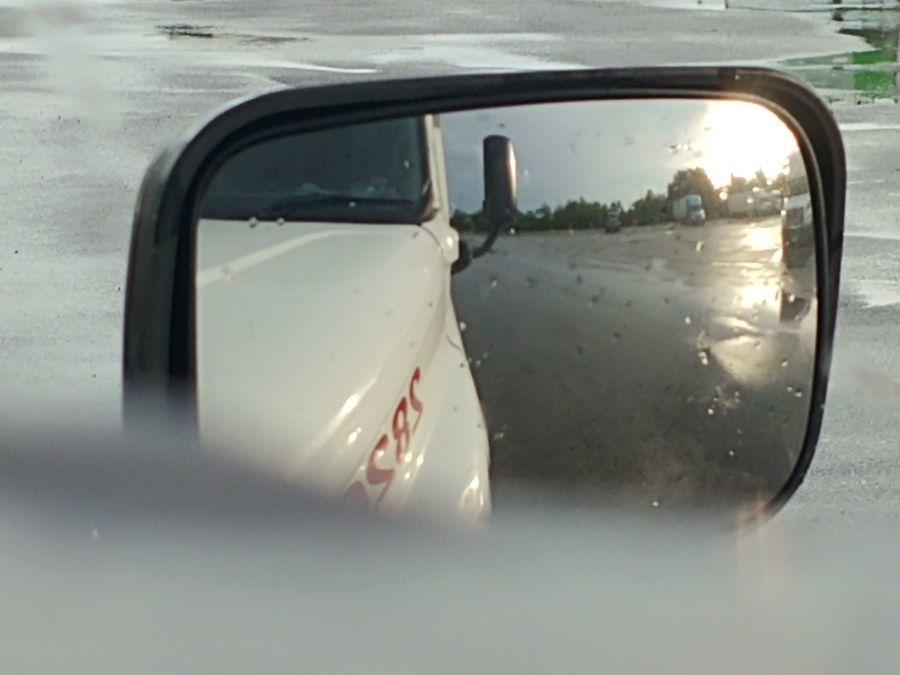 I drove from Dandridge, TN to West Jefferson, OH and then from there to just outside Toledo. I drove up and down mountains and through cities with traffic circles and over railroads and down tight 2-lane roads. It was exhausting, exciting, boring, and super fun all at the same time. My trainer slept most of the time in the passenger seat, but was there when I needed him. We're parked outside a Flying J right now, taking some much needed rest time.