I was probably one of the most unlikely candidates to become a truck driver that the world has ever seen. Not only had I worked in a sedentary job for the past 20 years, I had never driven anything larger than a U-Haul. To be sure, my skills at maneuvering any vehicle larger than a Ford Focus left a lot to be desired. I once attempted to back a U-Haul to the door of my former girlfriend's apartment. She finally grew weary of observing my struggle and offered to take over. While I can't swear to it, I think that I could literally feel my testosterone level depleting as she deftly manuevered the truck exactly where it needed to be.

Time For A Career Change 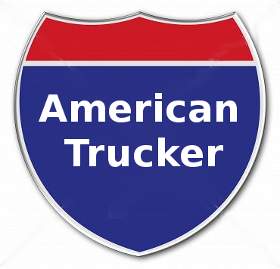 Meanwhile, I had spent the past 20 years of my life working in television broadcasting in various roles. While it had been exciting and challenging at first, the years had eroded my role into a thankless and suffocating rut. I seriously needed a change...a new experience. I can only chalk it up to chance that I ran across one of those CDL school ads in the Sunday paper and, unlike the dozens of other times that I'd seen them and ignored them, it caught my eye this time. If a major change was what I needed, this certainly seemed to be the ticket.

In the following days, I will attempt to share my experiences from my first year on the road. This story runs the gambit from a wide-eyed rookie in CDL school to the eventual embracing of a new lifestyle at a dusty little truck stop in Crab Orchard, Tennessee. My loyal traveling cat accompanied me for the entire journey, and the adventures of "Kitty" will be included as well.

There are over 3.4 million long-distance truck drivers in the United States and millions more in local delivery operations. Motorists share the highway with them every day, yet little is known about the lifestyle of a long-haul trucker outside of the inner sanctum of the trucking industry. Hollywood paints truckers as uneducated southern rednecks who are heavily adorned in flannel and answer to a name such as Bubba, Jim Bob, or Cooter. Through his tobacco-stained teeth, he necessarily hits on every woman he sees while hiding his wedding ring.

In truth, trucking attracts people as diverse as the aforementioned stereotype to former doctors, CEOs, bankers, engineers, and even members of MENSA. The diversity among truck drivers is just as great as in any other profession.

In the days to follow, I seek neither to champion the causes of truckers, nor to verbally flog trucking company management, although each may happen to some degree. I make no claim that my view is the correct one nor that my opinion reflects that of all truckers...this is simply an account from one driver's perspective. The only guarantee I make is that the story will be told with honesty and from a singular perspective.

It is said that everyone has a story to tell...and this is the story of the life of an American Trucker.

A Teacher, A Writer, A Philosopher, Now A Truck Driver!

Becoming a truck driver is a dream that almost everyone has tucked away somewhere. For me, it's time to make that dream a reality, and I'm ready for it!

Finding a truck driving job after graduating from CDL training is not guaranteed. Here we cover factors affecting your chances of finding work in trucking

CDL Training Has Begun For 'The Blue Hills Trucker'

After earning a college degree, being a stay-at-home dad, and then a substitute teacher, it was time for a career change. Here's how CDL training began.