At TruckingTruth we're always telling everyone that they control their own destiny in trucking. And yet now I'm saying that you can't get anywhere without the right people supporting your efforts. So which is it??? Do you control your own destiny or is it controlled by others around you? The answer, quite simply, is yes to both! It's actually quite simple to understand so let's lay it out for ya...

It All Starts In The Offices 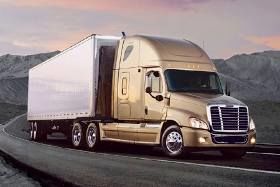 Truckers are the last in a long line of people it takes to keep the freight moving around this country. Not last in importance, but last in the order of things to be done. Long before you get assigned a load as a driver you often have hundreds or even thousands of support staff that had to do their jobs before you were given the opportunity to do yours. You have sales staff that locates available freight. You have mechanics that get the trucks in working condition. You have people assigning trucks, tracking which drivers have time available, determining which drivers are located relatively close to available freight, communications systems that must relay messages between the various groups, and a myriad of jobs to be done.

You're Not Just A Number. It's Personal

Even at major carriers a driver will develop a reputation. There may be 5,000+ drivers at the company, but you can be sure they're tracking your statistics. They know how hard you run, how safe you are, how often you're on time, how long you idle, and a terrifying number of facts and figures about your performance as a driver.

But just as importantly as your statistics is your personality. Because in the end it's people that have the final say in who the freight gets distributed to, and people are not computers. They don't handle things objectively. They handle them subjectively - from their own point of view - and that means their personal feelings will go a long way to determining who gets good runs, who turns good miles, who gets new trucks, who gets home on time, and who gets special favors when they need them.

The way you interact with the people you come across is sooooo important in trucking. Not only your dispatcher , but the dock workers, DOT officers, other drivers on the road, the safety director, the logbook auditors, the load planners, and the mechanics. They all have some say in whether you'll be hauling freight and making money or watching television and going broke.

Most drivers have awful people skills and quite honestly aren't interested in having good people skills. Truckers tend to be fiercely independent people with strong personalities who don't care much what others think. The problem is you're depending on office personnel to assign you good freight, send the information you need, get you home, get repairs scheduled on your truck, and all kinds of stuff. No matter how great you are as a driver, the freight you need won't magically appear and neither will a load home or a truck in good repair. It takes other people to help make things happen for you. The trick is to get the right people on your side. But there's one big problem...

Most office personnel are not at all like truckers. They're quite the opposite in fact. Most of them care entirely too much about what others think of them. They tend to avoid confrontation or the possibility of offending anyone. So while a trucker might tell someone in the offices, "Hey, your idea sucks. That's a horrible way of approaching this and I'm going to do it my way instead," the people in the office receiving that message are going to be mortified! They're going to think you're just another loud-mouth, know-it-all jerk with a tiny little caveman brain. Well, that might not be true at all! Maybe you just speak your mind and expect others to do the same. But I learned the hard way early on in my trucking career that speaking your mind like you're with a bunch of union steel workers, which is how I was raised, doesn't cut it with office personnel.

Controlling Your Own Destiny As A Driver

Part of controlling your own destiny as a driver means getting the right people on your side. So keep a great attitude and continue to speak to everyone with kindness and respect, especially when you really don't want to or you feel they don't deserve it. And those times will be plenty I can assure you.

The saying, "You'll attract more flies with honey than with vinegar" is 100% true in trucking. If you can get along well with people it will take you a long, long ways. There are a ton of great drivers who never get treated real well or get any special favors because nobody in the offices can stand them. No matter how good you are as a driver, you'll always have to count on the office personnel for support. If they don't like you, your life is going to be miserable. If they do, you'll always have an ally on your side. And trust me, you're going to need those allies far more than you would ever expect.

Truck driving is far more difficult and complex than people expect. We asked experienced drivers what the biggest surprises and misconceptions are about this career.