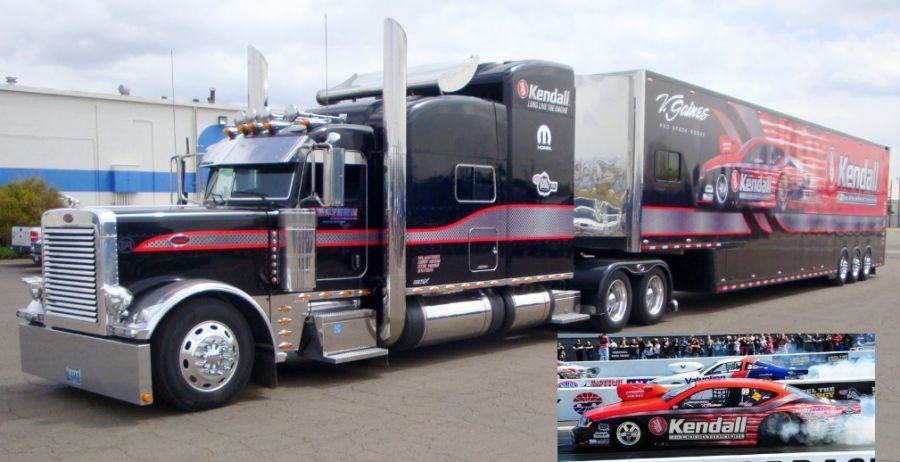 Something I hear prospective drivers discuss often is drop and hooks. They seem to think it is some magical key to deciding which division they want to drive in. They'll say, “I don't want to run reefer because I will sit at the docks too much. I'm running dry van for the drop and hooks.”

What shocks them is to realize that reefer has drop and hooks also. And despite popular belief, dry van doesn't have as many drop and hooks as you might think. You may pick up a loaded trailer on one end, but have a live unload at the receiver. Not to mention, some drop and hooks can take longer than a live load would have taken. This week I had four different trailers within seven days. How did that happen? Through drop and hooks, despite the fact that I run reefer.

Drop and hooks are also physically more demanding, especially when you have a heavy load or a trailer with a difficult dolly handle that won't turn. Beer and meat loads can be extremely heavy, and this can cause turning the handle, even in low gear, to seem impossible. There have been times when I leaned on the handle and put all of my body weight on it to try to move it and nothing happened. Other times, I have kicked the handle trying to get it to move.

Although many yard dogs are willing to help you lift the trailer to assist you, not all customers even have yard dogs. When backing into a door, there are usually other drivers close enough to help you back in you have issues. However, in large lots, drivers may be spread out throughout the yard, so there may not be any drivers close by to ask for help.

Despite what some may say about being a woman in trucking, sometimes it makes life easier. Often times men will offer to help me when they see me struggling. It's made me wonder if they do the same for men who are struggling? Personally, I think dealing with that landing gear is the most physical part of my job.

Drop and Hooks Can Be Time Consuming

One example of a time consuming drop and hook that was supposed to be ready before I got there was a meat load in Minnesota. My company gave me the trailer number and a pickup window of 12:00 to 18:00. I got there are 12:00, dropped my empty, and headed to the security gate.

As I checked in I saw a yard dog pulling an empty trailer, and it was the trailer number I was supposed to be picking up. When I inquired, the guard snidely stated, “Obviously your load isn't ready yet.” He told me to return at 18:00. I did, and searched the lot for my loaded trailer, but it was nowhere to be found.

I returned to the guard shack and he gave me a different trailer number. Once again that trailer was nowhere to be found. I messaged my company and was given yet another trailer number. Finally, I demanded a supervisor who informed me the prior numbers were incorrect. He assured me the correct trailer was in the lot and ready for me to pick up. It wasn't.

I called dispatch who was able to pull up a satellite view of the trailer which showed it was still in the dock door at a plant across the street where trucks were not permitted to go. As sweetly as I could, I asked a yard dog to go get it for me and he did. That drop and hook took over 8 hours. The average live load takes about two hours.

On another occasion I arrived to find that my loaded trailer was later unloaded so the product could be used for other orders. This forced me to back into a door to get live loaded, but since I didn't have an appointment time for a live load they worked me in five hours later. Sometimes customers who are normally drop and hook facilities do not have enough empty trailers, and because they do not convey this to the carrier, drivers arrive to find that the drop and hook has become a live load.

Even when it seems all went well, you could pick up a loaded trailer without incident, head to a scale, and find there is no way to make the load legal. This happened to me at a shipper where we have a dedicated account. The closest certified scale was 35 miles away, and the trailer tandems weighed 35,500.

I returned to the shipper , backed into the door, and after two hours I headed back to the scales. This time the ticket read 36,200 - still overweight. At that point I insisted they take two pallets off the load, which they did, but the shipper wasn't happy. After going to the scale a third time, I was finally heading down the road. However, thanks to the 14 hour clock, I didn't get far.

A Tale of Two Trailers

One thing I hate about swapping trailers is when you need to give up a great trailer for a poor one. Our trailer numbers reflect the year of the trailer, and the older trailers often wind up with issues - tandem sliding issues, brake issues, tire issues. The older the trailer the more damage they have from road salt in the winter.

Despite the best efforts of the carriers, the equipment will have issues. So just imagine you have a brand new trailer with no issues. The tires are new, the rims shiny, the tandems slide like a knife through butter, and all of the sensors and lights work just fine. Then you get to your next customer and the trailer you need to pick up is a problem before you even hook up to it. The tires are losing air, the tandems pins won't retract, and some of the lights are out. Now you have to take that trailer and head to a shop for repairs. More time being wasted. As you see that brand new trailer in the mirror getting further and further away, you long for the next drop and hook so you can ditch this old jalopy of a trailer you just picked up.

Despite a driver's best planning, things happen out on the road. It could be a tire blowout, an accident, or even a drop and hook gone wrong. These things can cost you hours if not days and it is one more example of how drivers must be flexible and quick to rearrange their plans.

In our trucker's forum we discuss misguided expectations all the time, and wanting drop and hooks can sometimes be one of them. There are plenty of loads that get moving without delays, however, if you expect drop and hooks to mean that life will be a cake walk, think again.

Flexibility and a positive attitude will get you far, so stay positive and keep yourself open to various possibilities.

Good luck and be safe!

This is my first trucking blog and I have a lot to say about the trucking industry and life in general. Here's a quick intro and some thoughts I have.

The Next Chapter In My Trucking Journey

After a few years of driving truck, my time on the road has come to an end. But I'm on to new and exciting things in the industry! Here's the story.

What You Need To Know Before Beginning CDL Training

Before you begin CDL training there are a lot of requirements and things to consider. Here are some of the most important.

Getting Past Your Fear Of The Unknown

Starting a new career is difficult. You face so many unknowns. Here is the story of how I handled my fears and overcame some very tough situations early in my career.

How Can Truckers Protect Themselves From Being Attacked On The Road?

Truck drivers can be vulnerable to attackers after their money, their freight, or their truck. Here are some great ways to keep yourself safe on the road.

The Freedom Of Trucking: Blessing Or Curse?

Truck drivers are given lot of freedom and flexibility for accomplishing the task, which can be a blessing. But it's also one of the biggest challenges new drivers face.

Why Small Trucking Companies Are Often A Disaster Waiting To Happen

Small trucking companies are often hanging on by a thread because it's nearly impossible to survive as a small company in a commodity business. Here's why.

How A Strong Woman Deals With Offensive Behavior From Men

Female truck drivers will occasionally get rude, unwelcome comments from men. Here are some hilarious examples of how I've dealt with it over the years.

How To Survive CDL Training On The Road

Going on the road with a trainer can be a very trying time for a CDL student. Here is our advice for surviving that tough time in your career.

Sometimes we make life difficult on ourselves. Here are some common mistakes that rookie truck drivers should avoid.