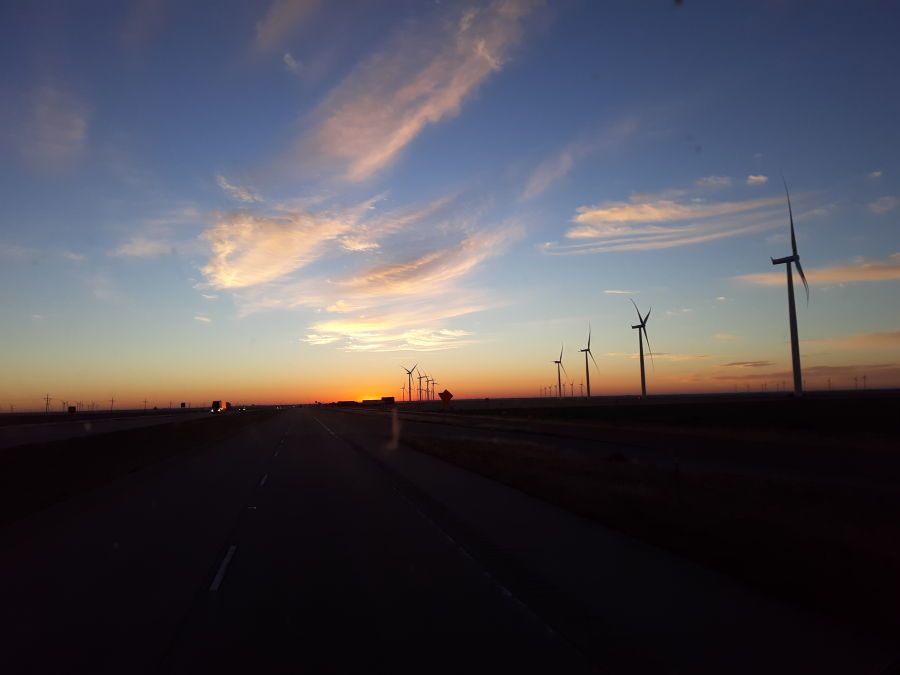 I have observed a lot of truck drivers during my trucking career. With both empathy and agony, I have listened to their tales of woe at the truck stops, lunch counters, and driver lounges all across this great country.

Can I speak plainly with you? Most truck drivers are unhappy. They feel maligned, mistreated, and just plain disrespected. For most of them, the rewards received are not worth the risks and sacrifices required to perform the job. I have never fallen into that camp, and I am convinced there’s an excellent reason. We'll get to that in a moment.

Let me also clarify that when I was a rookie driver, I listened to other drivers complaints and would often feel myself being lured into their unfortunate outlook on this career. It seemed everything they said resonated with me in some form or fashion. After all, who really wants to be away from their families for weeks at a time? Is it really a nomadic dream life to sleep in a truck each night?

I knew the frustrations of just trying to find some place to park at ten o’clock at night, and yes, I found those things very frustrating myself.

I Remember This One Guy...

I still remember this time I was tarping a load of steel at about midnight. I noticed the driver next to me, who had picked up his load before me. He was putting a tarp on his load and he looked completely dejected with his feet dragging and his shoulders hung low.

I still remember him raising his voice to speak to me. “This job sucks the life out of you!,” he declared. He said it with authority, as if I should clearly know this and agree with his assessment. The absurdity of his statement struck me hard. I was quite happy to be there at midnight.

The coolness of the evening was refreshing to me as I labored away at my chosen profession. As I was stretching my tarps tight, I was excitedly running calculations in my head about how I would use the split sleeper berth provision to deliver my load early. That way I would be available for a very nice load early on Friday. I knew once it all came together I would put an additional $400 on my paycheck that week.

Your Perspective Changes Everything

Your outlook has a profound effect on your outcome. The driver convinced, “This job sucks the life out of you!” will be plagued with poor results. His paychecks will always seem insufficient, his efforts will invariably be extremely laborious, and his satisfaction with his job will be nonexistent.

I have always felt it very important that people should find satisfaction and fulfillment in their occupation. It doesn’t matter to me if you are a simple laborer pushing a wheelbarrow through a muddy construction site. If you are determined to be the master of the wheelbarrow, you will find yourself quite happy with your results.

You will not have a fulfilling career if it makes you miserable. Your misery blinds you to the possibilities that lie waiting for you to capitalize on them.

Setting Goals Will Motivate You

Goals have a way of encouraging you to reach higher levels of performance and satisfaction.

I am very much a goal-oriented person. The truck driving career appealed to me because it followed a model I had repeatedly taught to my employees during the years I was a business operator. That model is sometimes referred to as “performance-based pay.” With performance-based pay, the employee gets to determine how much money he makes by producing effective results.

As a person reaches the early goals they have set for themselves, they begin to see how much more potential they actually have. I remember when I started earning around $1,000 per week as a truck driver. That seemed like pretty decent money for what I was doing. Then it also opened my eyes to how much money I was leaving on the table through my own inefficiencies.

I had reached my goals, but there was still more that was almost begging to be accomplished. I could see it now. There was no reason it should remain beyond my reach. It took me a few years, but soon enough I had almost doubled the income I was once content with.

By reaching my goals, I could see the potential that was still out there. I was no longer held back by my own self-proclaimed delusions about how miserable this career was. I was free to pursue excellence and prove I could achieve it.

There is Nothing so Liberating as Freeing Yourself From “Group Think.”

Truckers really limit their own satisfaction and income potential by commiserating with each other all the time. When was the last time you heard a fellow driver say his goal is to increase his income this year by $10,000?

More than likely you heard something like, “I am looking for another company. This one just doesn’t have the miles I need to make a living. They treat me like I’m just a number, and they couldn't care less whether or not I’m making ends meet.”

Most truck drivers hamstring themselves with their own low aspirations. They are mediocre performers who don’t recognize their own potential. I can assure you their employer has ample opportunities for them to succeed.

Rarely is it the company’s fault that a driver is a low-performer.

Does it bother you when I say that?

I am convinced that is a hard truth we all need to learn. Mediocrity reaps no rewards. Almost every truck driver I know has switched companies many times, only to switch once again when they find they are still disillusioned.

You won’t catch me telling anyone how bad my company is. They gave me an opportunity, and I gave them results. This is the formula for success at trucking. The driver has to produce. The burden is upon the driver, and it is a great opportunity for him to prove his mettle. Drivers who settle for less, get less.

Never settle on mediocrity. Motivate yourself to excel. I promise you success in trucking is within your grasp. Have the courage to reach out and take hold of that success.

Getting Past Your Fear Of The Unknown

Starting a new career is difficult. You face so many unknowns. Here is the story of how I handled my fears and overcame some very tough situations early in my career.

How Can Truckers Protect Themselves From Being Attacked On The Road?

Truck drivers can be vulnerable to attackers after their money, their freight, or their truck. Here are some great ways to keep yourself safe on the road.

The Freedom Of Trucking: Blessing Or Curse?

Truck drivers are given lot of freedom and flexibility for accomplishing the task, which can be a blessing. But it's also one of the biggest challenges new drivers face.

Many people think drop and hooks are the answer to getting more miles, but that's not always the case. Here are some things to ponder.

Why Small Trucking Companies Are Often A Disaster Waiting To Happen

Small trucking companies are often hanging on by a thread because it's nearly impossible to survive as a small company in a commodity business. Here's why.

How A Strong Woman Deals With Offensive Behavior From Men

Female truck drivers will occasionally get rude, unwelcome comments from men. Here are some hilarious examples of how I've dealt with it over the years.

How To Survive CDL Training On The Road

Going on the road with a trainer can be a very trying time for a CDL student. Here is our advice for surviving that tough time in your career.

Sometimes we make life difficult on ourselves. Here are some common mistakes that rookie truck drivers should avoid.

Trucking Is A Lifestyle: Some Tips For Surving Life On The Road

Trucking is more than a job, it's a lifestyle. It takes time to learn and adjust. Here are some fantastic tips for managing your life on the road.

Do Driver Retention And Turnover Rates Matter? We don't believe so. You must understand why some companies have a higher turnover.