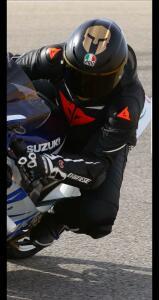 Hello everybody, I'm Jim. I'm an east coast transplant living in the High Desert area of Southern California. Living here, I still get the four seasons I grew up with - along with the wide open spaces of the western deserts. I was taught how to drive flatbed back in 1983 by an Owner Operator friend who hauled for Bethlehem Steel. The truck I learned on was a 1973 359 Pete - 318 Detroit - 18 speed with manual steering and manual windows (I don't remember if the wipers were air or electric). The 10 year old Pete looked like a brand new truck. He never asked me for one red cent!

*** Let's Fast Forward about 2 months... By now pre-trips were second nature: looking on the ground for oil or antifreeze puddles as we walked towards the truck in the mornings - checking engine oil and axle hub oil - spraying ether into the air cleaners during the cold Philadelphia winter morning start- ups, these things and more became second nature for me. I learned many things before actually driving on the road. Then one day he asked me to drive to the steel plant and handle my dunnage for the loading of the coils and securing the load. After 2 months worth of learning - I was finally driving.

By 1986 I had moved to California and became the, Operater half of an Owner Operator business venture, (his money - my skills) with a different person than my friend from Philly. He told me to order a truck and trailer and let him know the cost. I went to Bay Area Kenworth and got a T600 Anteater with a 3406-B Cat and 13 speed trans. We got a 48' Great Dane van trailer and later purchased a 53' Great Dane spread axle reefer with a Carrier unit. On my first load back to Philly, I surprised my friend by driving down his street - tached out in 4th or 5th gear - and jake breaking to a stop - setting the parking brakes in front of his house and blowing my horn. I basically wanted to make as much noise as I could since I knew he was home (but not expecting me to show up). He came out on the 3rd blast of the air horns! lol! The look on his face was absolutely priceless! Good times, good times, good times!

*** Life happens - Fast Forward - life happens... Now it's 1996 and I'm flatbedding again with a small company that has 20-30 paid for, well equipped trucks, spread axles and drop decks, tarps, chains, ropes, bungies and straps. They had two Mechanics on staff. They paid well enough and ran all 48 and Canada, and so did I. One day, I met another Driver from a different company on the radio and ran in the same direction with him from Portland, Oregon to Los Angeles. He was an Owner Operator with Swift, he had a very nice white 379 Pete. He showed me some of his settlement statements at a rest stop. We talked about me joining up with Swift as a Driver Trainer. He gave me his phone number and one day I called him and we met up again on the road and I followed him over to the Troutdale yard. I parked outside and he took me in to meet up with his Dispatcher and we got things sorted out and I gave my flatbed company a 2 week notice. Swift treated me like a king. I could pretty much do what I wanted - when I wanted - for however long I wanted.

*** You guessed it - Fast Forward again to 2002... I signed on with England as a Contractor/Trainer. Things were going ok enough but certainly could have been better; they had issues with their dispatching. It got to the point where I was personally contacting shippers to arrange my own loads. Due to family life issues I stopped driving trucks in 2004. Although I kept my Commercial License, I let the Class A (doubles/triples/Hazmat/Tanker) go and kept the Air Brakes/Passenger/ Motorcycle certs. From 2007 until 2021, I worked for the Federal Government, with the last 10 years as a Detention Officer driving MCI prison buses around the state of California.

[Somehow in all of this, I was able to pursue my passion of racing motorcycles. I have my Motorcycle Racing License and I am also a CHP approved Motorcycle Riding Instructor; authorized to teach and license new Riders in the State of California. My plans to go to the Bonneville Salt Flats with my Suzuki Hayabusa for a personal land speed record attempt were interrupted by, "The Rona" (aka covid19). Not because I had it but because everything was shut down and this put many different types of schedules way off of their original dates and times. So at some point in my future, I will get there.]

*** Last Fast Forward... So the kids are all raised, (my youngest being 19) it's time to get back on the road, lol. I called Swift the other day and they still had my Driver's Number and signed me up as a rehire; it's up to me when I want to get going again. They told me that the company has made some changes that I might like: upped the speed limit on company trucks - increased/added payments for different things - and most to all of their company trucks are automatic transmissions. I'm 50/50 undecided on the transmission topic - we'll see. The funny thing about all of this is the fact that I still have my CB radios - my #2 mallet (for pneumatic tankers) - my custom chain binder bar and my aluminum extension ladder all from back in the day.

I had no intention of listing every trucking job I've had, this is just an overview of my past 18 Wheel experiences. I've driven tankers, hauled swinging beef and pulled Wiggle Wagons and Curtain Sides. Some people have asked me why I want to go back out on the road again as opposed to going into a Management, Safety or other Administrative positions. Who knows... I may do such a thing but before doing that, I think it is important for me to move some freight around this Nation's highways again for a year or two. I may Dispatch and then move into a Brokerage aspect, but I need to see what's going on with my own eyes from a Driver's perspective before doing that. After all, as of this writing it has been 17 years since I hauled freight.

So maybe one of these days, I'll see you out there on the road.

Hi Anne, thanks for the greeting! I'm looking forward to spending more time here and contributing to this forum.

Hi all, I am a new member to the forum. I am in complete agreement with Old School. I was a Independent Contractor and Driver Trainer with England. If all is as Eric S. stated, England simply "cut their losses."

I'd be willing to bet if he had taken the prudent path of being an employee (company driver) they would have had him come to Salt Lake City for some additional training and kept him on as an employee. If he showed a willingness to accept his responsibility and learn from the incidents, I think he'd have a shot at remaining a company driver. As a lease operator, he isn't going to get that type consideration. They cut their losses and decided to move on.

A Day In The Life of a Walmart Dedicated Driver

Hi G-Town, I absolutely enjoyed, A Day In The Life Of A Walmart Dedicated Driver!

Hi all, I am a new member to the forum. I am in complete agreement with Old School. I was a Independent Contractor and Driver Trainer with England. If all is as Eric S. stated, England simply "cut their losses."

I'd be willing to bet if he had taken the prudent path of being an employee (company driver) they would have had him come to Salt Lake City for some additional training and kept him on as an employee. If he showed a willingness to accept his responsibility and learn from the incidents, I think he'd have a shot at remaining a company driver. As a lease operator, he isn't going to get that type consideration. They cut their losses and decided to move on.