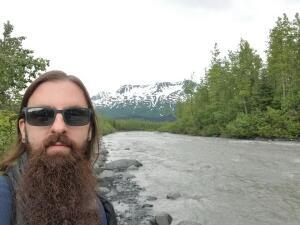 I've had my Class B CDL for about 10 years now. I'm a librarian, driving a bookmobile and supervising 4 other bookmobile drivers and operations. As time goes on, I realize I enjoy the driving and learning about the diesel engine, but I'm less and less interested in supervising others. I'm taking my time, doing my research, and learning from all you good folks as I contemplate a change!

This is just a thank-you and a plug for diving into the archives of this great forum via the tags. As a "prospective" gathering information to make informed decisions, it's very helpful to have detailed answers like that below (above in full) from Rick about how trucking might affect my taxes and therefore finances. This lets me see what might be possible financially, tells me that I need to maintain a "home" to claim the per-diem deduction (and not go full vagabond, haha), etc. All helpful grist for the planning mill!

Yes...but you still claim it on your taxes even if the company takes it out. IRS could allow more but still is listed on tax return regardless.

What folks have a difficult time understanding is that there are TWO ISSUES INVOLVED in the "Per Diem Pay Equation".

#1 - Per Diem PAY. This is where a company pays a PORTION OF YOUR CPM PAY as Per Diem. They don't pay MORE than your CPM, and in fact, many companies keep a processing/admin "fee" of .5-1.5 CPM. Which is actually STEALING in my book, since all payroll software calculates this automatically - keeping ANY of your pay for simply checking a box in your payroll profile is STEALING. Especially since THE COMPANY SAVES MONEY by paying you a portion of pay in the form of Per Diem, because they do not pay MATCHING TAX $$ for SS/Medicare for that portion of your check

Per Diem PAY is not FREE MONEY. It is not $$ IN ADDITION TO whatever your CPM rate is. It is UNTAXED PAY. You STILL HAVE TO PAY TAXES ON IT - unless you DEDUCT IT LATER ON YOUR TAX RETURN.

WTH Is Going on

I guess it makes me glad I bought my car in June 2020, when no one was buying and prices were low!

So what does the possible crash mean for the trucking industry? Parts of it seems to be counter-cyclical, in that people still need necessities, but it has to take a hit as well, eh?

Congrats, and thanks for sharing all those details, about your pay and what the daily/weekly work is like!

Do you have a friend you can trust to drive it once in a while, just to warm up the engine, keep the fluids circulating, etc.? But yes, keeping the car until you're 100% sure this is a 'go' for you makes sense to me.

Thanks everyone! That was a lot of bananas!

Congratulations! As a lurker and career-changer-ponderer, I'm happy for you and encouraged by successes like yours!

I think it's time to change your status from "Considering a Career", eh?!

Didn't work out, now what?

There is an app that a truck driver created that may help you lots especially if you’re a visual learner. It’s called My Trucking Skills it’s a a simulator game and you can also watch his videos on YouTube

It’s been very helpful to me. 🙂

Thanks for that tip, Jared. As someone who has about a year before I can make the jump into CDL school, it looks like this app and videos will help me get my mind around the differences in backing a tractor-trailer versus the 40' bus I drive now. At least I can do what I can do now, until I can get in the seat of an actual truck!

I went solo this week at Schneider .. 😅

Great to hear the update, Jared! I'm living a bit vicariously through you, lol. It's helpful to hear the changes/challenges you've had along the way, and how you've navigated them, as well as the long days. I do wonder about that feeling of heading out solo for the first time on your own... Thanks for posting!

What does a typical WEEKLY schedule look like for a new driver?

Thank you, John S., for posting this question, and to each of you for your detailed responses. As a prospective, this kind of detail is helpful for envisioning how things work and what daily life is like. I know that for every job, there is a big gap between what people assume and what the daily work life is like.

The HOS does seem one of the trickier aspects to get your mind around. But I suppose every job has its quirks. In my workplace, people are so happy when they make the jump from hourly to salary because they won't have to punch the clock anymore. But then I warn them that this just means they can be forced to work endless more hours for not a penny more pay. Pros and cons, like anything in life.

I chalk it up to them being a**holes. Plain and simple. If I was a minority I might think the reason for their rude behavior towards me was based on my race. That would be totally understandable. When someone disrespects you, it's only natural that you want to find a reason for it.

Don't let the a**holes bring you down. You/we are better than them. They can't determine your success or take away your dignity.

I think RealDiehl is spot-on here. You may occasionally deal with some racist jerks... but that's true anywhere. Sometimes people are rude and you may never know the reason. It's natural to wonder why. But you always have a choice to respond with resilience and dignity, not be thrown off your commitment to your goals or your professionalism.

Of the crew of four I supervise, two are Hispanic and one is Assyrian. While I'll never know what it's like to be them, I know that being paranoid and crumpling doesn't help (one of them did that for a while). Instead, ignoring the jerks and staying on your game with professionalism and dignity is the way to go. And of course we have each other's backs, simply because we're focused on getting the job done and get to know each other as people. Those that you work with, who are the only ones who matter (your dispatchers, etc.), will know you as a person.

On side note, you'll find Latinos all over the U.S. as you travel. Hold your head high, not just for who you are, but especially for what you can do.

Good luck with your training today! Wild that you couldn't get a rental car and needed to drive a UHaul instead! Getting some practice in on a truck. ;-)

The only thing that probably made that *less* fun was being in someone else's truck. Sorry... glad you're feeling better.

I'll probably lighten up more as I go...this is the way it works for me on my backpacking trips too :D

Nice to see a fellow backpacker on here! I do figure those backpacking skills come in a bit handy living out of a truck.

Interesting to read your story and your big career change! All the best to you in your training.

Good luck to you both!

JT, keep updating this thread when you get the chance. I'm considering a career change from a government job as well. Wilson also interests me. I'd love to get sent to Montana, haha, but I'm closer to their Missouri facility.

Thanks for posting this. As a newbie-prospective, I didn't even know that Knight and Swift had merged. It's good to hear about the pay increases... it's good for that company and its drivers and seems to bode well for the industry as a whole. It also mentions company trainers making $100K/year... seems like an interesting option to think about for down-the-line. I'll have to look in the forums for that topic!

Congrats, man! Glad to hear it!

As a class-B holder, I'm living through all of you vicariously, lol!

Don (on here) and my other half, drive for an intrastate company. Local/regional, as you will. Assigned tractors are the norm...for quite a long duration of time...and when my guy has to take the 'spare,' he gets his regular tractor back in a small skoche. Then again, not much TO pack in a daycab; but the guys at his company are super awesome about their drivers' CB's and PPE's and any other peripherals, following.

Only thing he got 'missing' was a raincoat, probably by his OWN behest, haha!

Nice that that's respected even in a daycab tractor. It would be quite a change from driving the bookmobile, where we currently swap the seat between *5* of us drivers! Needless to say I can't keep any of my stuff there, and the seat and mirrors are never where I need them. Then again, we're just driving a few miles around town at a time, squeezing down narrow village streets!

There are some companies that do that it’s usually in ltl jobs. It’s called slip seating.

Good luck! You got this!

Thanks--and nice! I'm not sure where I got the impression that as a company driver you get put into a different truck for each run, but it's nice to know that's not generally the deal. I'm sure it's nice to get settled in a bit and used to your particular truck and set-up.

And good to know about the options while driving down the road. I know the hours get loooong... but so do my Zoom meetings and spreadsheets currently. Anyway, even apart from career decisions, I always find these kind of actual work life details fascinating... what people's jobs are *actually* like.