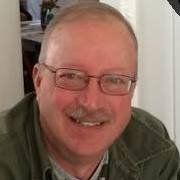 Started class today at Mid Florida Tech. A lot to learn. I can do this.

I start school at Mid Florida Tech on the 29th. CT is on my list of companies to apply to.

I start school on June 29th and I contacted them to see if they hired students from the Orlando area. They don't hire below I-10. A shame they seem like a good company. Oh well, there's others.

Well, I took my general knowledge,airbrake,and combination tests today and passed. Got my permit and I'll be at Mid Florida Tech in June. Will get my other endorsements after I'm in school on my days off. Taking practice tests on this site paid off. Thanks again.

What did you do before becoming a truck driver?

As a teenager I delivered newspapers,mowed lawns,pumped gas. After high school, I worked as a laborer for a cement contractor. Then I joined the cement masons union and worked as a cement mason from 1980-2010. Decided to retire with my 30 year pension, then took a job as a porter at a car dealer until I moved to Florida. Now I'm gearing up to go to school to do what I've wanted to do since I was a teenager. One of my buddies from back in the day worked the dock at Carolina, became a driver, then went to New Penn. Was always telling me that he could hook me up. Should've listened to him.

Had a great day today thanks to this forum!

I've been taking the tests here. Great system! I shouldn't have any problems passing the permit tests. Going to enroll at Mid Florida Tech start school at the end of June.

Hello everyone, just joined (taking a break from TTR). I plan to enroll at Mid Florida Tech in the near future to get my cdl and start my second career as a driver. I spent 35 years in construction and took my 30 year pension, now I can do this without any distractions. Sitting in the apartment ain't gettin' it done. Have a nice day members.