Born & raised on a dairy farm in WA state, did 20 years in the military, spent most of the last 19 years since retiring from the military doing computer work.

I drive for Prime Inc., and have been having the time of my life since I started driving in Oct 2011. Changed to Barr Nunn in March 2014 but they talked a good game but did not follow through with what they preached. From Barr Nunn I went to JB Hunt on one of their dedicated accounts.

After being gone from Prime for 2 years, I have been back since Feb 2016. Time will tell just how long I'll be driving since I had medical issues the summer of 2015. Some minor complications, but not anything I can't manage for the time being.

There have been lots of days when I wonder, why did I do this again? But all kidding aside, would not trade this for the world. 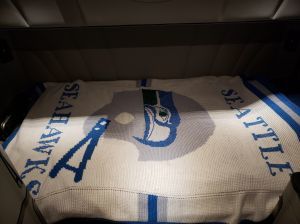 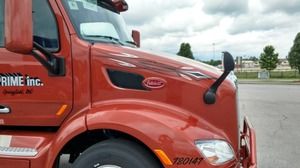 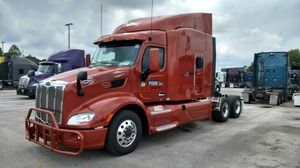 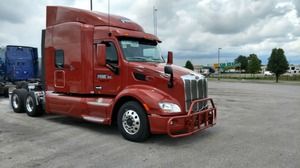 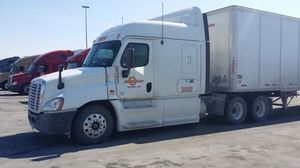 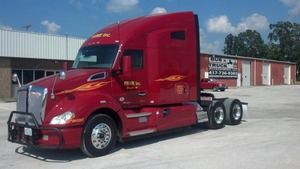 Hi everyone, it's true I have been absent for a while. So let me catch everyone up to date.

In April of 2019 I was in Texas when I hurt myself while swapping trailers at Prime's drop yard in Dallas. As it turns out, I herniated several discs in my lower back. So I was out until I was released back to work in July.

Since I was a lease driver for Prime, I was required to give up my lease because of circumstances I will not discuss here.

So I pulled containers out of the ports here for my buddy Steve Marshall (some folks may remember him here on the forum) until I was offered another deal that paid way better.

In September I was offered a job hauling blocks of marble from Colorado to Houston TX guaranteed a minimum of $1500/week. So here I go to Colorado driving an 18 speed KW T660 in the mountains to Houston.

Now keep in mind I had been driving an automated transmissions for Prime the last two years and had never driven an 18 speed, so what a learning curve that was initially. So in doing so, I managed to hurt my right shoulder (as it turns out I ended up getting 2 surgeries and 3 rounds of physical therapy 2 to fix my shoulder).

So now I'm out for the most part until November 2020. In the mean time I got my passenger and school bus certifications and was driving school bus for Chesapeake public school until everything was shut down because of Covid19.

Since the public schools here in VA was so undecided about when or if to open back in September, i and my wife were offered jobs driving bus for a private school the end of August since they needed 2 drivers for their fleet of 8 busses. So that's what I have been doing.

What a ride it's been, but I'm still driving and kicking. So all is good for the time being.

I'll be to our terminal this afternoon for the evening.

Hope everyone is having a great holiday season so far.

This is so cool! I'd never seen that before. Feeling kind of alone out here in the PNW lol

I was born up in your neck of the woods in Chehalis WA. I still have lots of family/friends up there and I try to get up there whenever I can.

And the reasoning is that in the past drivers (especially lease guys) would use the Johnson bar instead of the service brakes to save on maintenance costs. So you can't blame Prime for their decision to eliminate them from the trucks.

Glad you got through that Kim.

Had it happen once during my first few weeks on the Walmart account over 5 years ago. After about 30 minutes of hammering on it, I called the Walmart shop at the DC I am assigned to. He instructed me to use the trailer service brake (AKA the Johnson Bar) to hold the trailer, rocking the trailer forward and then reverse until hearing the unmistakable “pop” indicating freeing of the pins. It worked immediately.

He explained that the service brake holds with maximum force as opposed to the trailer spring brakes (red knob), which have limited holding force.

I typically move the tandems several times throughout my day for a variety of reasons. I can honestly state since applying the Johnson Bar technique to hold the trailer I’ve never had to deal with stuck pins.

The only problem with your suggestion is that we don't have that feature here at Prime. Although I have been successful with just having set the service brakes and rocking the trailer to release the locking pins.

Ernie, thank you for all of your advice and suggestions. I appreciate you so much!

You are quite welcome. Just glad I could help. As I told you yesterday, I don't train for several reasons, so by helping folks like you is just as important as training.

Glad everything is finally going your way. Safe travels.

Enlightening Conversation Overheard At A Truck Stop About Owning A Truck

I have said this before, and I'll say it again, I do just a little better pay wise than I would as a company driver. But the reasons I am out here and my situation is different than most, so I am satisfied with the outcome.

Just so the folks that don't know, yes I run a lease truck with Prime. I guess what sets me apart is that I don't come on here and make crazy statements about how much more money I'm making without having facts to back those statements.

Enlightening Conversation Overheard At A Truck Stop About Owning A Truck

That's awesome. That's what we do to people in here when they talk about buying a truck and it really makes em mad. I wish we could parade out all of the people over the years who chastised us for recommending against buying or leasing a truck and see where they are today and how they're doing. You can call us any name in the book as long as you're willing to come back in 2 years with proof of how things went for you.

Imagine the wall of shame we'd have by now!

I guess that makes me the odd ball. But I just keep rolling down the highway, making this work for me....

Something else that helps with wipers freezing, turn your sun visor down. It helps keep the warm air against the window longer. Works great, I used that method last year. Oh and turn up the defrost to a level you can tolerate as well.

Just remember, I'm just a phone call away if you need help.

I have noticed that confidence in wording is much more powerful than simply going through a choreograph robotic memorized play.

Every state has it's own way that they want you to check/word the pre-trip. So you would do well to find out what they (meaning the state you will be testing in) want you to do the pre-trip.

I know from experience that is exactly how Missouri wants it, so I'm sure other states are similar.

I'll be driving your brand-new truck before you do!

Hate to burst your bubble, but most of the trucks I've been assigned to since I started 7 years ago have been new.

But seriously, good for you and good luck. I have seen many of these setups you are about to embark on, pretty cool that you are getting the chance to do this.

Since I will be upgrading to my own truck very soon I would like to revisit a question I asked months ago before I started CDL training (and I was told I was being silly for asking and that I was putting the horse before the cart (I guess the commenter didn’t know my determination and drive 😁)).

My question is this: what do you wish you had on your very first truck that you didn’t have? Anything and everything you can think of. I will be going home for Thanksgiving and can hit some good sales while I’m there.

Thanks and be safe!

Good luck Ernie! We will be thinking of you.

Time flies when you are having fun......

Have a safe trip.....hope to see you sometime out on the road......never know when we will cross paths...

This is good, but I’ve found a lot of how personal conveyance is used depends on company guidelines and how they choose to implement the rules.

That is a fact. It all depends on the company & how they chose to implement the new changes.

If you search for "items to take to orientation", you will find a whole list of responses to this question.