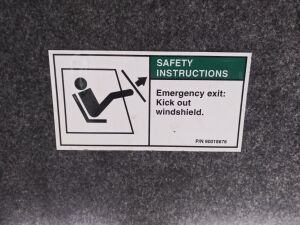 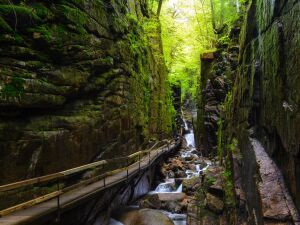 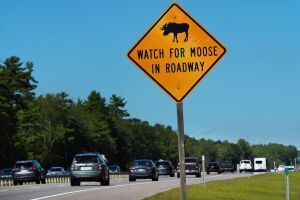 I was going to guess somewhere near "Shawshank".

Exactly. Mohican and OSR are both in Richland County, Ohio.

Lol, thought he was talking about the movie, didn’t know there was a place named Shawshank in OH. 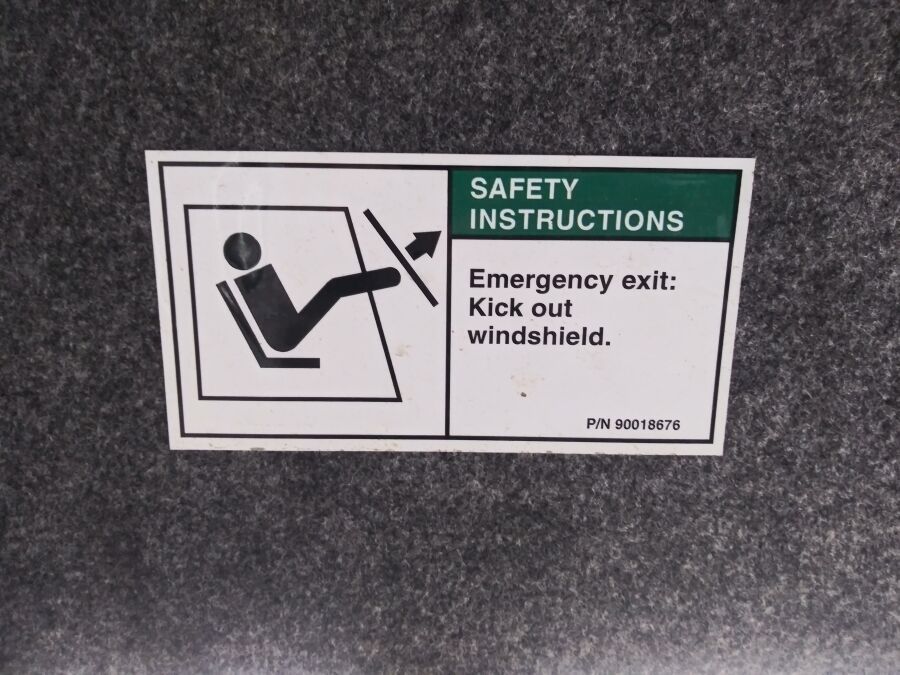 I kind of wish that my yard truck didn't have this sticker over the windshield. When I'm bored waiting for something to do, I find myself wondering just how hard you'd have to kick.

I was going to guess somewhere near "Shawshank".

Lol, well, it’s said that it was inspired by the state prison in Thomaston, ME, and that’s like 150 miles away, so not too far.

That looks like a nice place. But no, not Ohio. But you’re going in the right direction.

I’ll save someone a guess, maybe: it’s not Maine.

That looks like a nice place. But no, not Ohio. But you’re going in the right direction.

I’ll save someone a guess, maybe: it’s not Maine. 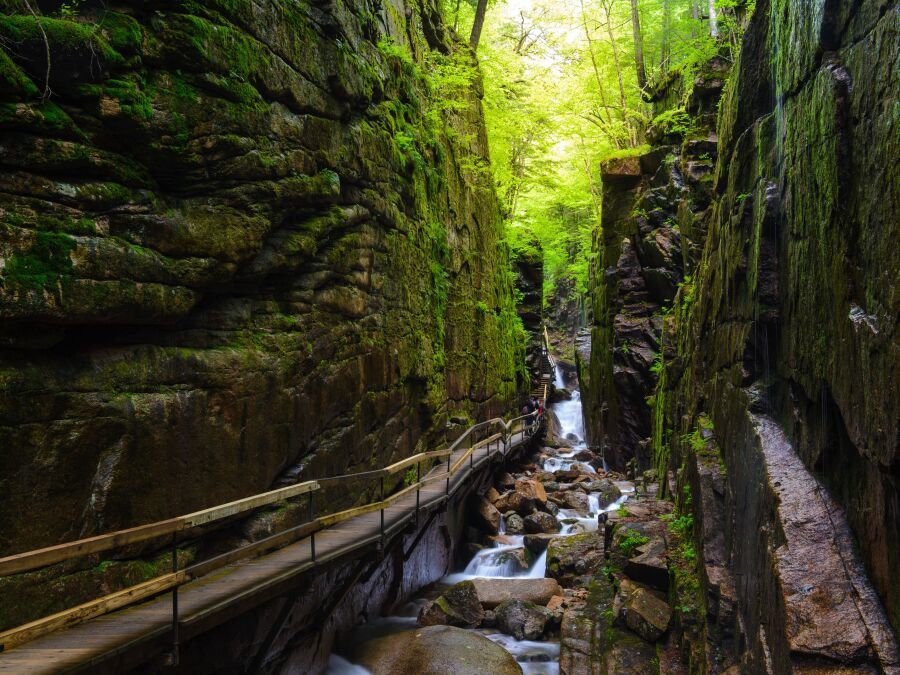 Not Oregon. Other side of the country.

People disposing of their junk next to a rest stop dumpster? Unfortunately, that could be anywhere. 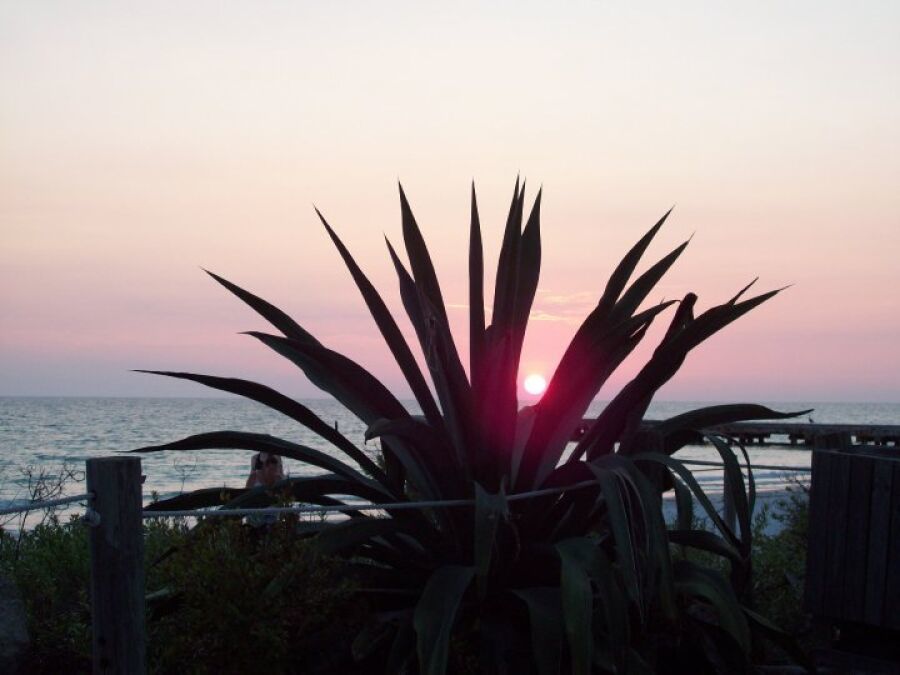 I know the answer to Chief Brody's, but I cheated.

People disposing of their junk next to a rest stop dumpster? Unfortunately, that could be anywhere.

I'd say that you have to be careful of that roof up ahead.

Watch out for increased cargo theft over Memorial Day holiday

I have a truck with a 53' trailer used for training. Full of sailboat fuel only. The gate lock has been cut twice over night so thieves can get to the trailer and unload it.

You should leave a note in there. Something like “I.O.U. One truckload of iPhones”.

This discussion has come up a number of times in the past, and I've annoyed some people by admitting that I was a nose-in parker and I don't care what people think. I found it kind of interesting that some people seem to be against it for no reason other than it's different than what everyone else is doing. Anyway, I did it entirely because of noise (and because of that I was told that maybe trucking isn't for me). I agree it does make backing out a little more dangerous, but I don't think it's that bad as long as you pick a good spot for it. I probably wouldn't just pull forward in to one space in the middle of a double row of spaces at a truck stop, but in some places there are spaces that just have a large open area in front of them.

I remember I did it once and another truck did it next to me, which annoyed me because it defeats the purpose, but I talked to the guy and he said he did it because he had a flat bed with 3 axels and it didn't back like other trailers.

Anyway, I agree that it's probably something that new drivers shouldn't do in general.

I keep stalling with the clutch

I agree with Daniel and Scott. It’s kind of hard to stall it if you’re in the right gear with the brakes off, so it’’s either that you have the splitter in the high range (which your instructor would likely notice) or you’re keeping your foot on the brake too long. It’s hard to get the coordination down at first.

This may sound stupid, but what helped me when I was starting is I spent some time just sitting in a chair at home and imagined I was shifting or starting from a stop, and moved my feet on imaginary pedals. Anyway, don’t get discouraged, you’ll get it.

Every time I see one of these guys, I think it looks like a fun job and you would get really good at backing. I wish I could do it for a few weeks just to get the experience in backing. Im assuming the skills from it would transfer to a truck? Those guys haul a$$ around the yard and can park a trailer in seconds. I thought I was weird for thinking it looks like a lot of fun.

Well I guess it could be that we're both weird, but I like it. I was just thinking yesterday that the thing about the job for me is that I always look forward to backing the next trailer, no matter what else is going on. I kind of hope that something's in the way or something so that it will be a challenge, but even if I just set up for a straight back in, it's still satisfying.

I just started a job as yard spotter. I think other than backing, the skills will depend a lot on where you are working. Probably at some places they will just tell you what trailer to move where, other places they may expect you to take more responsibility for managing the yard.

I've never bet on horses, but my advice would be not to bet on Magnum Moon to win the Kentucky Derby,

The Effect Of Vehicle Weight On Stopping Distance

Well, I'll put in my 2 cents: As Brett says, it has to do with momentum. But Errol essentially said that heavier and faster trucks take more force to stop. Momentum is speed times weight, so they are really saying the same thing: Faster and heavier trucks take more force to stop. That force comes from friction in the brakes and friction between the tires and the road. For this discussion I think we're assuming brakes in good condition can provide more than enough friction. That is, the brakes will lock up and you'll start skidding instead of the brakes not having enough power to lock up the wheels.

So I think it comes down to comparing the momentum of the truck to the traction that the tires get. It seems obvious that the traction increases with the weight of the truck, whether the roads are icy or dry. So the question is, how does the increased traction compare with increased momentum as the truck gets heavier and everything else stays the same. I don't know the answer, but I do think it's a little difficult to say based on experience, since I doubt many of us have applied maximum braking and measured the stopping distance in different conditions and weights. On the other hand, it is true that sometimes a "truth" gets published somewhere (like the fact that the momentum and the traction increase equally so that stopping distance stays the same) and everyone repeats it, and in reality it was wrong all along.

So, bottom line, with all due respect to everyone here, I don't know the answer but in my humble opinion I don't think we can really say the conventional wisdom is wrong based on driving experience.

Hi Matthew, I didn't recognize the model number, but when I googled it and saw a picture it brought back memories because when I was in high school I had a friend who had one in his car. He used it mostly for the PA to yell things at people when we cruised around, but it was during the CB craze of the 70s, so it was the thing to have. Anyway, sorry I don't really know anything about "upgrades", but I hope you get it working.

Hi Andrey, glad to see the new job is working out. I thought I'd put in my 2 cents: it sounds like you agree that it's reasonable for them to expect to be paid something, since they did train you and it probably helped you get the job you have now. If you think there might be a legal reason that you can take advantage of to avoid paying them back, my advice would be to consult a lawyer. As for credit score, some companies will look at your credit report as part of a background check, so seeing that you refused to pay someone would probably look bad.