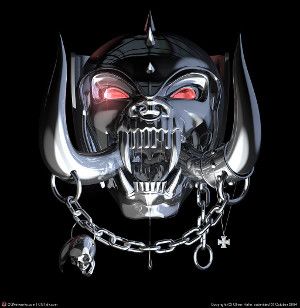 Hmmm... 9 year Army veteran, proud dad of a 23 year old son (and getting prouder every day), and hardcore metalhead (who also likes classic country...go figure). I had worked in the computer field for over 20 years, and it's not the lucrative field it used to be. Now, I cruise the highways searching for fun and adventure...and a good place to park. 😀

Happy (late) anniversary to me

I haven't been on here in a while, but back in June I hit my 1 year mark. No accidents, no late deliveries, so I was pretty proud of myself.

I thought about changing my status to Experienced Driver, but I felt that would be presumptuous and a little insulting to you drivers with much more experience than me. Plus, I still feel like a rookie because I'm still learning something new every day (which is never a bad thing).

The easiest way to remember the macros is that the 1st 6 macros are all trip related: from 1 (Arrived at Shipper) to 6 (Empty Call). Pre-trip is 32. The rest you just come across when you need em.

I also forgot to add they only run the central states, so no California or New York. Another plus for me...I'm sitting in California right now after fighting traffic, Donner Pass and crazy 4 wheelers.

Apparently I opened a whole can of worms.

I've talked to numerous people (including the driver and terminal managers) and was always told the same thing: Dollar Tree is the only other option in my area. According to Fortune's website (and no, I don't always believe everything I read), they only require 1 year of OTR experience, pay a flat .37 a mile, guarantee 2500 or over miles and weekend home time. My friend also verified this. As a company driver you are also allowed to bobtail up to 60 miles a day as a personal conveyance without using drive time (Swift only allows Owner/Ops to do this).

As I stated before, I'm just looking for information and/or experiences from other drivers. Not trying to start a mutiny here.

What are you looking for "out there"? In my first year at Swift I was in three different assignments. If you want flatbed, there are some. Intermodal? You've seen those boxes.

If you're wondering about pay/ benefits, keep this in mind: in a competitive industry (I'm talking about getting and keeping drivers here) the differences in benefits hardly make the changing worthwhile.

I have nothing against Swift at all; they've been good to me. I'm not against staying with them, but I'm interested in a dedicated route that would get me home every weekend, which Fortune has. The only dedicated route Swift offers in my area is Dollar Tree, which I'm not interested in because: I've talked to drivers who've had this route and there's a reason they have constant turnover. The problems outweigh the rewards. Plus, the dollar tree terminal is on the other side of my state from where I live, which would pretty much negate the home time.

I posted this to gain more information about Fortune. Nothing more.

Hello all. I've been with Swift for almost a year (11 months to be exact) and I'm starting to wonder what else is out there. I have a friend who drives for Fortune Transportation and he loves it...weekends home, 2500+ miles a week, etc. He's trying to get me to apply there once my year or so is up and I'm considering it. The little I was able to find online confirms most of what he's told me, but if anyone else has more info on this company I'd love to hear about it.

When I have to use load locks I set it up at around a 20 degree angle, then use a small sledge to hammer the raised end down til it's level. I've never had them drop after doing that.

Um, I thought u were talking about a trailer connection swiveling. Never seen a swiveling gladhand connector on the hose end (I.e. tractor). Can't see what the purpose for that would be. Maybe have that checked out anyway; sure wouldn't want a hose popping off in the middle of a tight maneuver, if you know what I mean.

Yep, guess I could've been clearer. The odd thing now is that it doesn't spin anymore; now it's stationary again. I'll just chalk it up to weird stuff we have to deal with and keep an eye on it...

Look closely are they a matching set?

As far as I can tell they are. I've had this truck for about 4 months now. I recently took it in for a B Service. Maybe they switched it out, I don't know.

Okay sounds normal then. I haven't notices any air leakage and everything seems to be doing what it's supposed to. I just don't remember the fitting moving like that before, and the blue line doesn't move at all.

Hi all... I noticed this morning that the glad hand connector on my emergency (red) brake lines spins. It doesn't appear to be getting looser or anything, but the blue line connector doesn't turn and the red one didn't either until recently. Any ideas?

Well, I've been solo for about 3 months and love it so far. One of the main purchases I made was when I bought a Garmin 770 last week. My Qualcomm navigation is okay, but it has a bad habit of saying I'm out of route when I know I'm not, and it takes forever to reroute.

One issue I've had with the Garmin really bit me in the butt today. I'm in Maryland, which as most of you know can be a bugger when it comes to finding places to park. I searched for truck stops and picked one about 6 miles away. After following the directions which routed me through streets I had NO business being on (jumped 3 curbs and almost took out a telephone pole), my destination turned out to be a convenience store, not a truck stop! Luckily I found one but it's kinda dangerous if the GPS routes you to places not meant to accommodate semis. Has anyone else had issues like this with a Garmin? I double-checked, and it still says that place is a truck stop.

P.S. I also use trucker path, but that's hard to do when you're on the road.

Around the neck headphones

I've been seeing quite a few drivers recently using around the neck Bluetooth headphones, as well as many truckstops selling them. I'm interested in getting some (probably the LG Pro). If anyone has any insight on them, specifically call quality and noise cancellation efficiency, I'd love to hear it. Thanks!

This last 2 weeks we've been assigned to a dedicated Hobby Lobby account so it's been a lot of back and forth between OKC and various stores. Last week we went to Chicago (ugh), Missouri and too many others to mention. This past week has been nothing but runs to Texas. I've seen enough of I-35 to last me a lifetime.

My backing has gotten a bit better. The other night I drove to the OKC distribution center while my mentor slept. Ordinarily I would wake him up when we got there but this time I said the heck with it. I took care of checking in, backing in the trailer and unhooking. THEN I woke him up. He saw what I had done and just said good job. He seems much more at ease with me. One morning we got to a dock. He looked at the dock and didn't say anything, just went back to sleep. So, I guessed he wanted me to figure it out for myself, which I did. Lol

Today he told me he's ridden with students who he just didn't feel comfortable with, but with me the thought of me on the road didn't scare him at all. He told me I was a very safe driver and that was the main thing as far as he was concerned. I gotta say, it felt pretty good as he isn't the type to throw around platitudes like that.

Made quite a tour of the western part of the US...Washington, California, Utah, Oregon, etc. I did my first set of team driving from California to New Mexico, where my mentor took over. I woke up today to the word that we were headed back to Oklahoma for a 34 hour reset, then team driving running dedicated for Hobby Lobby. My mentor said we'll be running our butts off, but we'll make good money, I'll gain some good experience and we'll most likely be getting weekends off back at home. Sounds good to me! My backing is slooooowwwwllly getting better. I'm getting the concept but I don't think my trainer is comfortable yet with me attempting backups without him spotting. I'll get there though. I did my first blind side backing the other day and it went okay. Haven't hit anything yet! Lol

So far still loving the whole experience. I drove all night the other day and actually enjoyed it, minus not being able to see poorly painted center lines in Arizona. Made it one piece though, which is ultimately the goal.

Congrats Charlie! I'm in the second week out with my mentor, and I'm learning a lot. What kind of stuff is covered on the written upgrade test? I haven't heard much about it.

Yesterday I drove through Hell's Kitchen in Idaho hauling 78,000 pounds of freight.

We know what you meant, though! Just drop the "freight" part unless you have a permit to say that.

Oops! Yep, you caught me... I meant total weight.

I'm definitely getting my time in on mountain driving. Yesterday I drove through Hell's Kitchen in Idaho hauling 78,000 pounds of freight. Needless to say the pucker factor was pretty high, especially when people decided to park half on the shoulder half on the road, on a curve, with another truck coming from the opposite direction. Not a fun time but I got through it.

I know which turn you're talking about. Been there done that. Lol

My best advice to you is DO NOT let the tester pressure you into turning before you're ready, because they will try. Just explain that you can't safely make the turn without using the opposite turning lane and you'll be fine.