I dream of a career driving a truck. I spent almost eight years working for a company that builds machines. Unfortunately, I lost that job in the beginning of February (2017). I have been on unemployment. That runs out early May. After a couple of years of planning, when I lost my job, my wife had some health issues that prevented me from making the leap then. Now she is doing better and I have started applying to several companies. We are working hard to pay off debt and that is a slow process. I am here on TT because I find this to be the best site for current and truthful information on this industry. I was. accepted into CFI's company sponsored training and I'm currently in school for them. 6-26-17 Got my first truck with CFI today. 9-21-18 Still driving OTR with CFI. On 11-15-18 I became a trainer with CFI.

In July of 2019 I was denied a new medical card due to high blood sugar. After several months of hard work, I got everything back to normal. Then due to CCP Virus, the non driving job I was working at closed down. This forced me back to where I wanted to be. I contacted CFI and on May 28th 2020, I will be back in a truck.

Currently running a dedicated lane that has me home weekends. truckerscott104@gmail.com 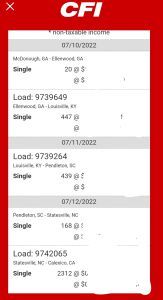 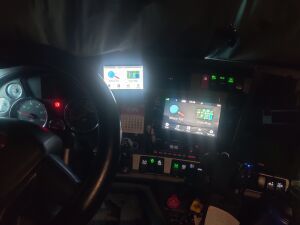 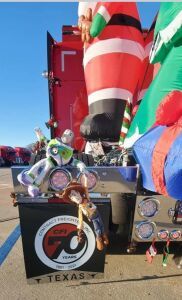 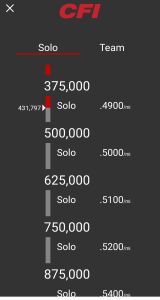 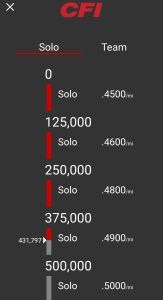 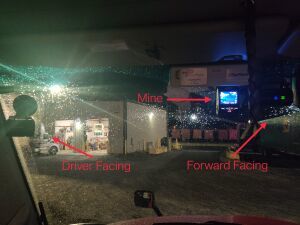 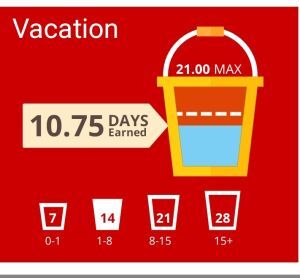 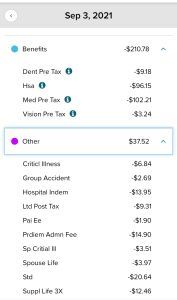 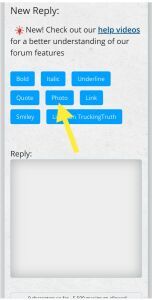 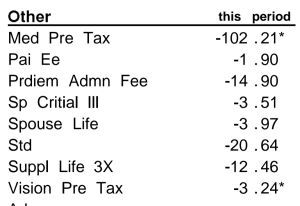 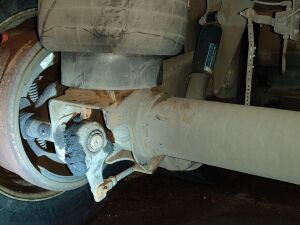 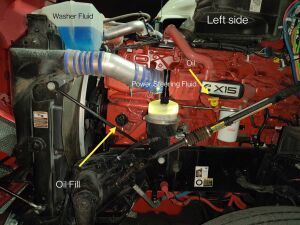 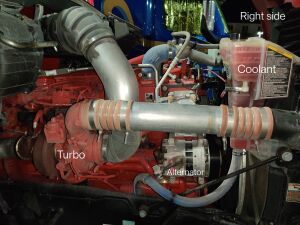 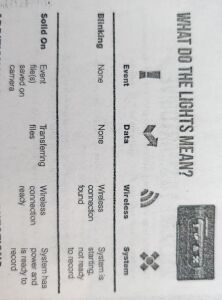 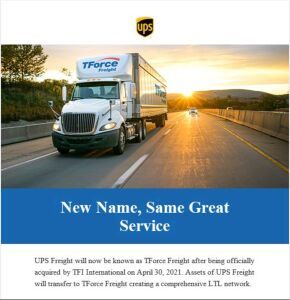 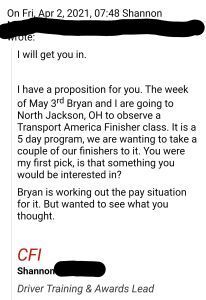 The time has come...

With CFI get your medical card and permit. Get started with that. Save receipts, once out with your trainer they can show you how to get reimbursed for those things. If you are ready to go now, then fill out an app on the website www.cfidrive.com apply as student. The sooner you get the ball rolling the sooner your in a truck for yourself.

Feeling out of sorts. Furry co-pilot is off the truck for a week

How do you sleep without the snoring?

Yes, under the new rules drivers getting hazmat for the first time need this class. Some companies who train offer this class. I know CFI does.

Sorry to hear that. Good luck. At CFI we can talk hands free while we drive. That's against Schneider's rules.

My horrible experience with Schneider training center in Phoenix AZ, read before you apply

Plain and simple, trucking is not for you.

Training will have you away apparently 4 to 6 weeks as a minimum. We have a terminal in KC MO and HQ in Joplin, MO. Training would have you in school at least 3 weeks. Then out with a trainer for at least 3 weeks a few days of orientation in between. Once you upgrade you can be sent home for a few days to set your truck up. We have many drivers with weekends off. You would have to check with a recruiter to see what's available in your area. They have a 120,000 Mike contact which is a year of OTR. I don't know how they would work it for someone wanting home more.

Good luck. To study for your permit use the High Road CDL Training Program.

Wait a second, I answer to "hey stupid". I call myself much worse.

Looking for a plan B just in case

Have you tried CFI. We have plenty of drivers with more than one pet. I believe the pet deposit is $500 and payroll deductable.

Home time, and the need for lots of curse-y words.

To add insult to injury, my next home time starts with repairing or replacing my clothes dryer. It quit with my wife's wet clothes in it. It never ends.

Home time, and the need for lots of curse-y words.

Only 9 billion? It's 20 billion at least for me. Got home this past Sunday because my wife was having knee replacement surgery on Tuesday. There was a last minute doctor's visit Monday. Sunday night was trying to fix the garage door opener. That had to be put off until Monday when the manufacturer was open. With a few hours of sleep it was off to the doctor, Monday morning. By Monday afternoon it was determined that the mother board in the garage door opener was fried. It was only a few dollars more to run to Home Depot and get a new one. The rest of this week has been a blur. Trips to the hospital, getting a tire put on a new rim, installing a new home security system, replacing a headlight on the car, doing laundry, and many other errands and projects. Currently out grocery shopping for the house and to restock the truck. Head back out on the road in the morning. I look forward to being able to relax and get some sleep.

Yes, it's normal to come home to a list that keeps growing every time you turn your head. Oh, I just realized, I don't have a way to get to my truck in the morning. I guess it's Uber. The fun never ends. I should be more relaxed by the end of next week.

In addition to the safety items on our trucks we have satellite radio provided by the company.

This was last week. This is not typical. I have a great relationship with my fleet manager and he knows he can count on me. I also don't complain. You must prove yourself in this industry.

I started my recaps during this trip. The following week, getting back home was 3326 miles on recaps. Got home today. 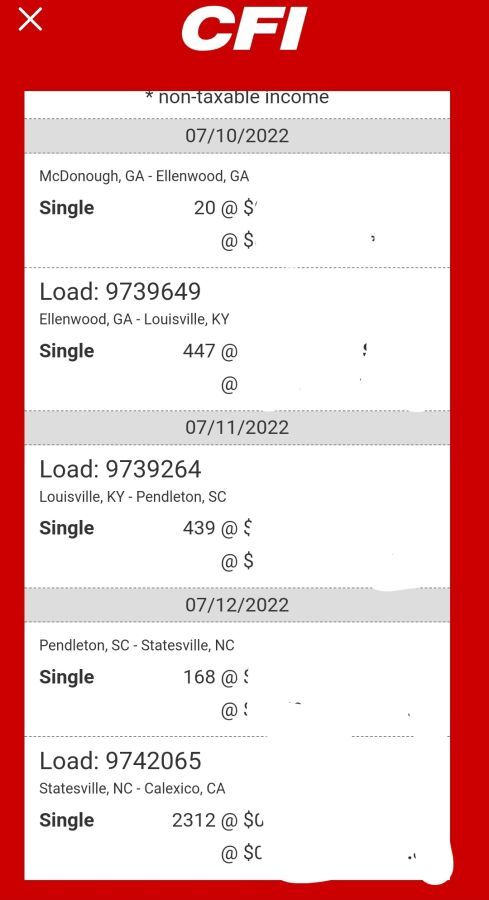 That was a nice week, what’s your home time policy? Is it standard 3 weeks out 3 days home?

I tried a weekend home route, but decided I had more quality home time taking 6 to 7 days at a time.

This was last week. This is not typical. I have a great relationship with my fleet manager and he knows he can count on me. I also don't complain. You must prove yourself in this industry.

I started my recaps during this trip. The following week, getting back home was 3326 miles on recaps. Got home today.

Oh wow, these are awesome trips! My recruiter is Josie Sanchez

Your recruiter came from Transport America. They didn't run the lower 48 and they have different camera systems.

Well I’m ok with a camera as long as they run all 48. Do you know if there is still a 10K sign-on bonus? What speed are your trucks set at?

I don't know what the sign on bonus is. Trucks are governed at 65. If you're a safe driver, cameras are a non issue.

Oh wow, these are awesome trips! My recruiter is Josie Sanchez

Your recruiter came from Transport America. They didn't run the lower 48 and they have different camera systems.

For the ltl guys. Thoughts on T-Force?

I'm not so sure now is a good time to get into linehaul, my meet has been canceled twice this week because the other terminal which is one of the largest doesn't have freight to move through the Chicago area.

Obviously every terminal and company is different but when a terminal that has 600 linehaul drivers doesn't have anything to come through Chicago so close to the end of the month that is concerning to me. A lot of our terminals are asking drivers to take days off. I've heard similar rumblings from other companies.

Banks summed up T Force pretty nicely, they seem to have some better equipment but from what I see most still looks rough. I'd put them above Central ( which isn't a high bar) and about even with XPO. At least T Force seems like they are willing to buy new equipment, while XPO is still content running Sterlings.

Sorry wish I a better outlook for you.

They are going to slowly be rebaged to CFI

That is the first I have heard of that. They just spent all that time and money on T Force only to rebrand it to CFI already?? Seems stupid to me.

It has been in the plan since the beginning. The size and scope of the deal makes it take more time. We are slowly starting to share all the terminals.

For the ltl guys. Thoughts on T-Force?

I haven't seen any updates. They are going to slowly be rebaged to CFI. They have new KWs slowly coming in as well.

Driver facing cams have power to them but not set to record. It was a package deal. They will use the driver facing cam as an option instead of firing someone who messes up bad. You will know ahead of time.

I do not believe they will require a sleep study. Your DOT examiner should have handled that if needed.

I jump on here whenever I have a few.

Good luck. We have plenty of people to help you in your journey with us.

Welcome to the family.