Profile For Steven B. 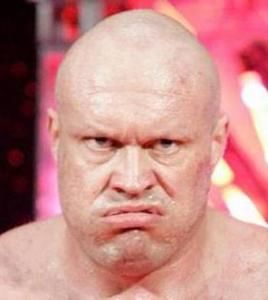 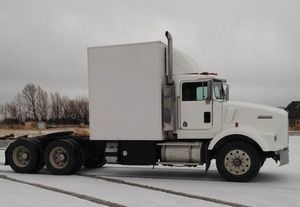 Comments By Steven B.

Voila! Now my CDL speaks for itself.

I guess the link "Help & Advice" said it all then. So be it, I will keep the rest to myself (and leave the etiquette to my CDL manual).

But to clear the air, I thought it would be assumed that I respect all of you experienced drivers, because I am here... so my opinion is not a dismissal of your advice or status. It is simply an analysis of what I have seen in the job market in my area (and is naturally part of my job seeking adventure). Just thought to share it with you for the sake of philosophy and comradery (of all things), not arguments or accusations. I didn't get a manual on the fine points of truck forum etiquette, so please pardon my french.

I don't even mind that the discussion is going in circles. That would be my job after all, as the world turns.

Like everyone said, there are options out there. My thing was that the jobs requiring experience were no different in nature. I will be the one driving either way.

I get the point, but this was an "it would be nice" if the employment options were as standardized as the CDL requirements type of discussion. Not that I am wanting a CDL earner of the year award.

Or make that "extraordinaire"... at least I can spell CDL (hey, that sounds like a slogan)!

Actually I'd like to get a T-shirt with "CDL Extrordinare" in big bold type. But then, I'm not experienced enough to have a sense of humor. Back to business as usual (square one with a chip on someone else's shoulder).

Trying to break into OTR with no experience?

I think some were 18 days or more, so maybe they would let Mike have a go at it (not sure who he contacted).

Not to say that my CDL has any meaning (that will be my little secret from now on).

Yeah, we had time to adjust our seats and that was fine and dandy for me.

Oh, I had much more comprehensive training than that, so my perspective is perhaps less typical of the assumptions employers make.

Yeah, I guess it would be difficult to make an informed decision on this unless I knew them personally.

It was just a by the way question, not a mission statement, thanks.

I'm okay with it. There are multiple viewpoints one can have on the matter. My options speak for themselves, so I will trust in them.

We had several trucks, and the clutch in each had its own unique nuances (so simulating it would not have given me much of a headstart). Two things that made the most difference were seat position, and not hurrying.

The best position I found for the double clutching was to move the seat out far enough that my leg would have to be fully extended to push the clutch all the way in (when necessary), while adjusting the back rest so I was leaning slightly forward (allowing a comfortable reach for the wheel). That way I was less likely to push the clutch too far in when shifting, without having to think about it.

As for not hurrying, pause about one second between the two and ease into the next gear during the second clutch (in synch with progressive shifting ranges on the tach).

Trying to break into OTR with no experience?

One thing I don't quite understand about this situation is that some of the big companies have orientations for recent grads to practice driving their trucks. It would seem that they would extend the offer to anyone else with a valid CDL, and sometimes they require minimum driving experience on top of that. So, why have an orientation and require recent experience upfront... wouldn't the purpose of the orientation be to give the driver recent experience?

I checked out a local "driver wanted" place, and the office person told me that I could drive for one of their owner operators. I wouldn't expect that to go too smoothly, but thought I'd ask if it is a common practice (in case I missed something).

Glad to hear that you are back in the mood...