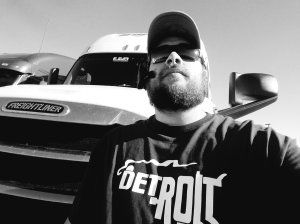 What am I doing wrong?

In three weeks so far I'm averaging about 2500 miles per week. So I'd like to push it a little harder. I've had a few rookie mistakes cost me a few hours so far but nothing significant enough to trash my clock (like wrong turns or missed exits. I try to work my clock within the parameters of the law and don't waste time while on duty so maybe it's just a luck of the draw type of thing.

What am I doing wrong?

So I'm on a 34 hour restart. Sitting here at the Swift terminal in El Paso Texas waiting on laundry to finish and I figured I'd post this. This is my 3rd consecutive weekend (I've been out here 3 weeks now) taking a 34 hour restart. Am I doing something wrong? Is there something I can do to stretch my hours out so I can get into recap? Could it actually be a good thing that I'm running hard enough to burn my 70 in 5-6 days this early in my career. Just not sure how to feel about it. I can't deliver my current load until tomorrow afternoon anyways so I would have been sitting anyways so it isn't really hurting my bottom line but I'm just curious what you all think.

I feel your pain. Drove through snow for five hours this morning coming through Mississippi on my way to El Paso. Most of it was spent doing 30-40 behind panicked southerners lol

Bumping this post because it really is super important.

Picking up this morning from Michelin in Ardmore, Oklahoma. I find my trailer and begin my pretrip. Yeah.... whoever dropped this trailer here obviously didn't pre/post-trip this trailer. 3 out of 4 of the tires on the rear axle of my tandems are in rough shape. I'd definitely fail an inspection if pulled in or possibly suffer a massive blowout. One tire was completely bald and the other two had tread that looked like the surface of the moon. I called the company and went through all of the proper channels so now I'm sitting here waiting on Goodyear. On the bright side my driver leader was pretty happy that I'm out here doing my job and checking the equipment before I take it out on the road.

Sorry for the delay Errol. It was Indianola.

Looks like I won't be coming to the Wal-Mart DC after all. Ended up getting a load going from York PA to the Dollar General DC in MS. Gotta pick it up in the morning. I had to take a 34 hr restart and couldn't get up and running till this afternoon so by the time I was able to make it to the dc they couldn't give me anything because I had this load to pick up in the morning. Too bad, I was looking forward to meeting you G Town. You were a big part of why I chose to go with Swift in the first place. Perhaps another time.

I too am thankful for tt and all of the work you guys put in. Pretty much got my start here as well. Happy Thanksgiving all!

Who's Making it Home for Thanksgiving?

Not so lucky here. Stuck at the Swift terminal in Jonestown PA doing a 34 hour restart. Got to have a nice video chat with the fam though. Sucks but I knew what I signed up for. I'll pass on thanksgiving if I get to be home Christmas day.

I wish I had posted more during my training but never found the time. Seemed like all I did was sleep and drive.

Do they have laundry facilities in Pottsville?

I will definitely look up that stuff as I'm sure it will be a huge help. For now I am off. My 10 hr break is just about up and it's time to hit the road. Thanks G-Town

Bryan the upgrade test was surprisingly easy. I don't know if there's different versions but mine was 57 questions. A few were about trip planning the rest were about general knowledge and macros. Some of them were multiple choice as well. You were allowed to get up to 11 incorrect answers.

That sounds great G-Town. The more I hear about this account the better it sounds!

Thanks guys. No worries, I'm not at all discouraged. I knew going into this that there would be challenges and I'm trying to roll with the punches and learn from each experience. I have no doubt that things will get easier as time passes.

Not sure where exactly they'll be sending me out of there yet, only know that I'm heading there after dropping this load in New Jersey.

That's cool G-Town itll be kind of neat to see a familiar face out here.

So this is my fifth day out solo. Things are going ok. They're giving me some decent loads. Ran a Chrysler load from Michigan to Dallas and now I'm on my way from there up to New Jersey. Already learned some valuable lessons. On my second day I murdered my hours. Got stuck on I-40 near Little Rock for 4 hours. They shut the highway down cuz a truck burned to the ground (the driver got out safely thankfully). Thanks to the 20 mile backup this caused and countless other drivers who were probably also out of parking I spent 6 hours combing over Arkansas trying to find legal parking. So I learned Arkansas is apparently the trucking hub of America lol. The next night I stopped at a TA in Texas to shut down in time to get my 10 hour break so I could make my delivery on time. They were full. I noticed some drivers had gotten creative and parked in spots that weren't technically parking spots so I followed suit. 3 hours into sleeper berth and security came knocking and asked me to move. So I had to make a choice. I either had to leave and find somewhere else to park and have to start my break over again and make my delivery late or lap the lot at like 3 mph so I wouldn't trigger the qualcomm until a spot opened up. I chose option b. I circled the lot and periodically parked at the fuel island all night (never found a spot) until I satisfied my HOS and then went and made my delivery. That wasnt fun but at least I made my first solo delivery on time. The lesson I learned here is I'm shutting down early from now on if I can help it to avoid these parking nightmares. I think I'll try to run nights so I can park during the day.

Still, despite the problems I'm enjoying the work so far. I like the solitude and the chance to be out here on my own getting stuff done without some boss breathing down my neck.

Do you work out of the Pottsville, PA Walmart DC? If so, I might run into you soon. Accepted a load today out of that dc and talked to my dl and she said they're going to have me helping out over there for a bit (Not sure how long).

Its $12/week. As far as how I got roped in....just a good sales pitch really. As a brand new driver I wasn't really aware of the other options out there and wanted some good coverage if something happened. The first month is already paid for so I guess I'll ride that out and look for some better options and opt out if I find one. Its month to month coverage so it's not like I'm contractually obligated to stay.