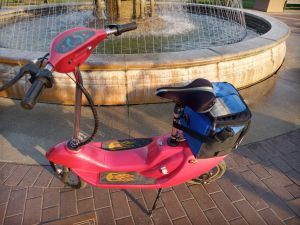 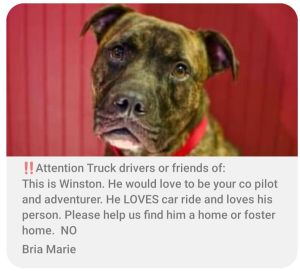 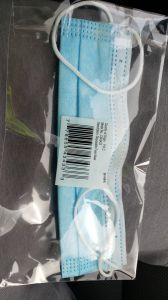 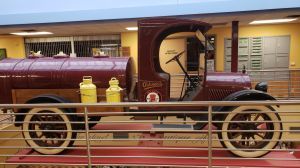 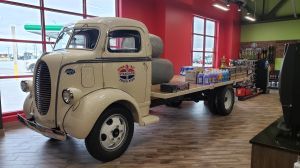 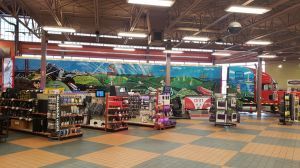 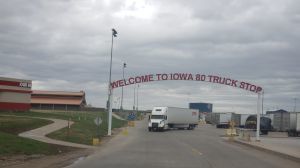 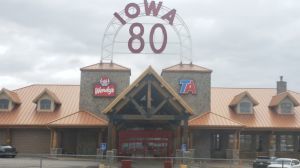 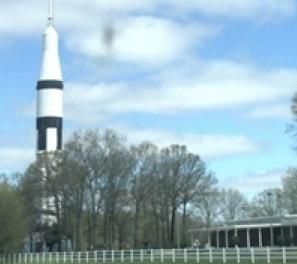 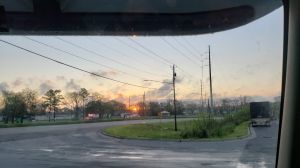 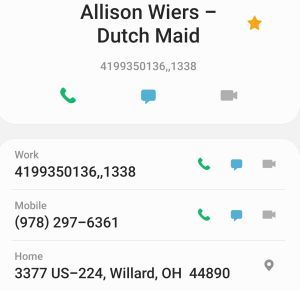 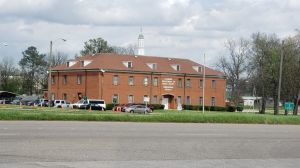 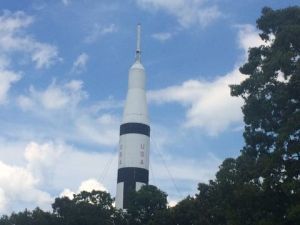 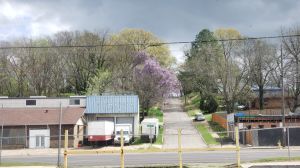 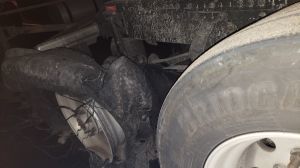 As of July 1st I have been completely vegan. I no longer eat any animal products. This has made me feel great. I've lost additional weight and have more energy.

This started after watching The Game Changer on Netflix.

I highly recommend anyone wanting to go this route investigate for yourself.

Welcome to the club!

Been vegan for coming up on 2 years now. I still indulge in a moderate amount of honey. Bees produce way more than they eat and don't seem to mind sharing!

What you said in your post is almost word for word what the doctor told me. I eat a lot of fruit (fructose) and a lot of raw vegetables. The doctor told me to cut way down on the fruit and increase the veggies. Then he wants to re-test the blood sugar level in 60 days.

Cool. So the one thing not being discussed here is 'diagnosis". While those A1C numbers may be valid prior to a diabetes diagnosis once diagnosed with diabetes the target changes. I don't know anyone who is diabetic who wouldn't be thrilled with an a1c significantly under seven.

I recently had a test at the clinic where my doctor practices. It showed I was at a 6 and the doctor said that was way too high and helped me figure out how to get that number down with dietary changes. Hopefully, my next test shows better results.

Bruce, sorry to hear that but surprised as well. 6.0 is WAY TOO HIGH???

My husband has type 1 diabetes and for the last couple of years he has been struggling to keep his numbers under control and gets super stress stressed when the DOT physical comes around to get his medical card because he’s afraid he won’t pass and lose his job. I would think with the shortages on drivers, doctors would be a slight bit more lenient and would work with the drivers more as long as they are showing an effort , right? My husband did his A1C and it was an 8.1. So, he automatically thinks he failed, yelling about having to find a new job, freaking out about not knowing what to do, and I’m trying to reassure him everything will be okay. Does anyone know if the doctors will work with the drivers and give at least a 3 to 6 month medical card so he can have time to get his A1C down? And advice or knowledge would be great. He’s in such a panic, I just want to fix this so he can calm down.

Heather, does he use insulin? If so, LOW blood sugar is usually the larger concern. I don't know that an 8.1 A1C would cause a denial of a Federal Medical Certificate but I don't think it will. My examiner simply does a urine "dip" test. It he doesn't detect sugar it is a non issue.

If he uses insulin a high reading could affect the ability to get the required signoff on the required form but again, LOW is the larger concern.

Best of luck to you both. My advice... Breath! One step at a time. Freaking out does not help!

Not scenic but interesting never-the-less.

Not scenic but interesting never-the-less.

I didn't snap a picture and the video is far too long but a couple days ago there was a Iowa State Patrol Sergeant that was shot and killed in the line of duty. They needed to move his body back home from the coroner's office in Des Moines today. From Des Moines north to atleast highway 20 (50ish miles) on every overpass they had first responders outside their vehicles with lights on. I'm guessing it continued onto US 20 east another 50ish miles to the area it occured. They had 2 state troopers, the hearst, an SUV (I'm guessing his family) followed by 2 more troopers with an additional 3 creating a rolling roadblock about a mile back all with lights activated. It was amazing to see so many first responders come together to send one of their own off even though many likely didn't know him. Something similiar happened last month when a correctional officer and nurse were killed by inmates in a prison escape attempt. I'm not ashamed to say that it brought a few tears to my eyes.

Rob, I can totally relate. Here in Milwaukee we had a bad run for Milwaukee Police Officers. I believe 3 died in the line of duty in less than a year - 2 in pretty short order.

The third was killed trying to serve a warrant. His procession traveled over 10 miles from the funeral home to the cemetery. I was living nearby the cemetary. I grabbed my 3' x 5' flag, tied it to my p.u. and headed over. Standing a few blocks from the cemetary entrance I held and waived it for the 20+ minutes it took the entourage to pass.

Law enforcement and 1st responder vehicles from all over the Midwest, many fully loaded, marked and unmarked were part of the procession. They blasted their sirens as the approached and passed. Many looked right at me - nodding, crying, one or more clearly said thank you. I am tearing up just writing this. It was and still is extremely moving.

I am so glad I was part of it along with many many others.

Be well and be safe!

Long time since I’ve seen one of these; in Wells, NV. Alas, it does not work. 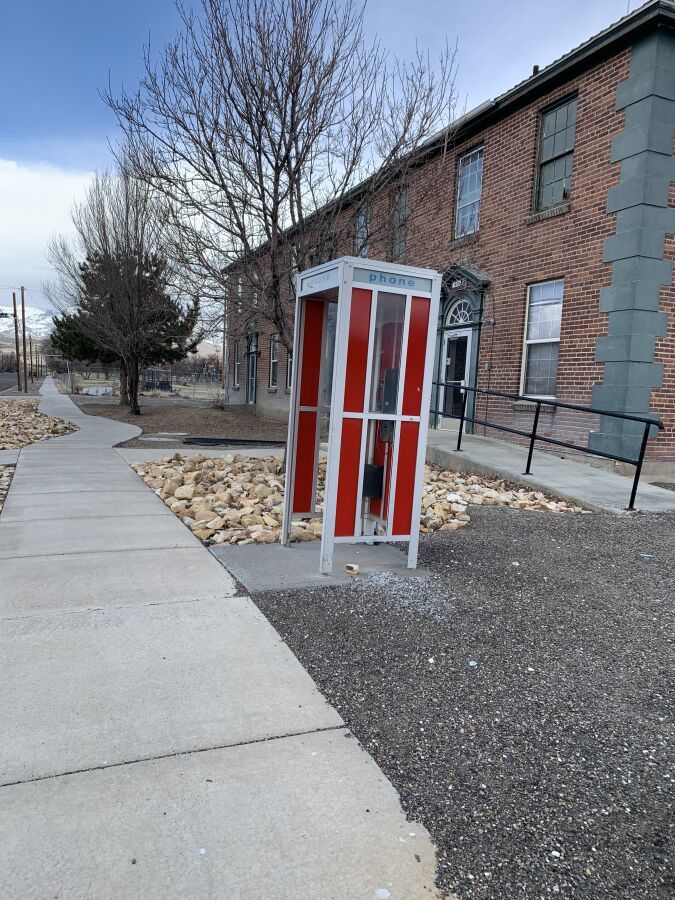 Guessing he's at one of the truck stops NEAR his tank wash. I "rescued" him there once. We had a great time together!

I’m in Kenosha WI. I hauled a liad into Wisconsin Rapids and delivered a day early. Made it to the tank wash and will get a 34 in. They had already got me a reload for friday based on the delivery schedule. Guess I messed that up🤭. I will deliver in SC sunday and when they found out I’ll have hours they said pick 1 of 3 loads to reload monday. One was coming right back to wisconsin rapids. That is a load from h**l. I picked Wabash In for next week.

Annemarie clued me in. Text me back. Could meet up Friday if you want.

These four are better looking from a distance, really cool, but not show pieces. Those enclosed trailers cost a bunch more for the owner to use as a transport option, too.

There are two newer Porsches on the rear of the trailer, but those don't do anything for me.

Porsches were always delivered in fully enclosed (side-curtain) haulers. There was always a "special" little something in that last (to be unloaded) spot over the cab - 911 "whale-tail" turbo for example.

There was always great excitement and anticipation until the last little jewel was unloaded.

They still get me excited! 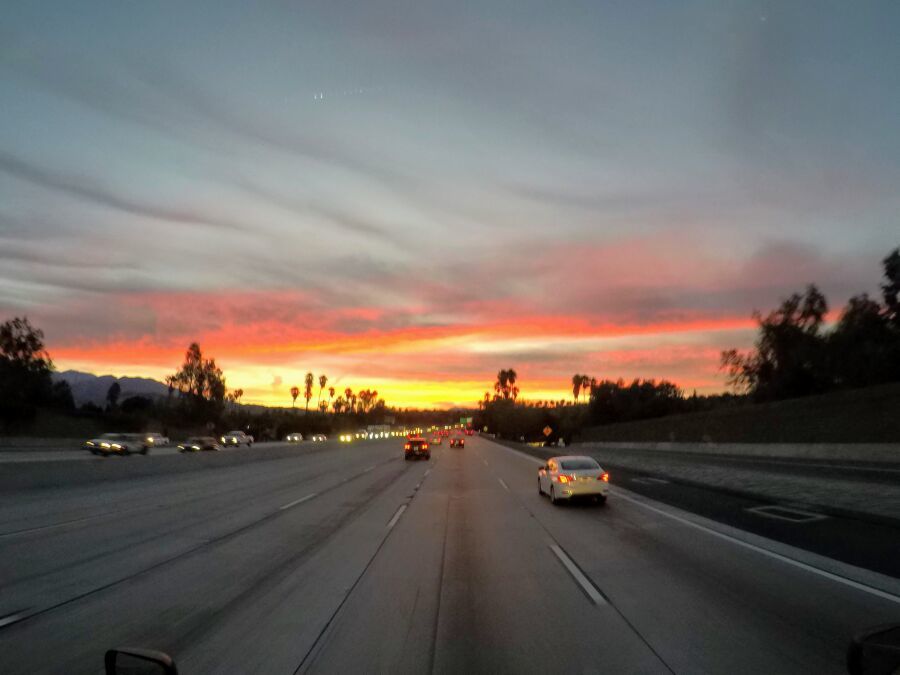 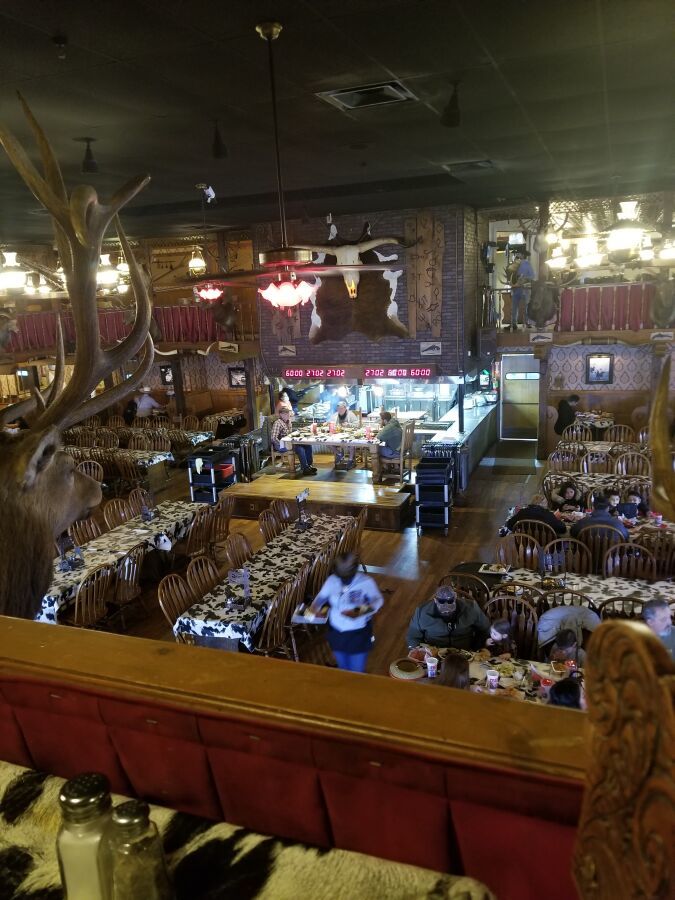 (Miss the "competition" too).

A working pay phone! (I picked up the phone to see if it had a dial tone, and it did)! ... at the Pilot in West Wendover, NV. 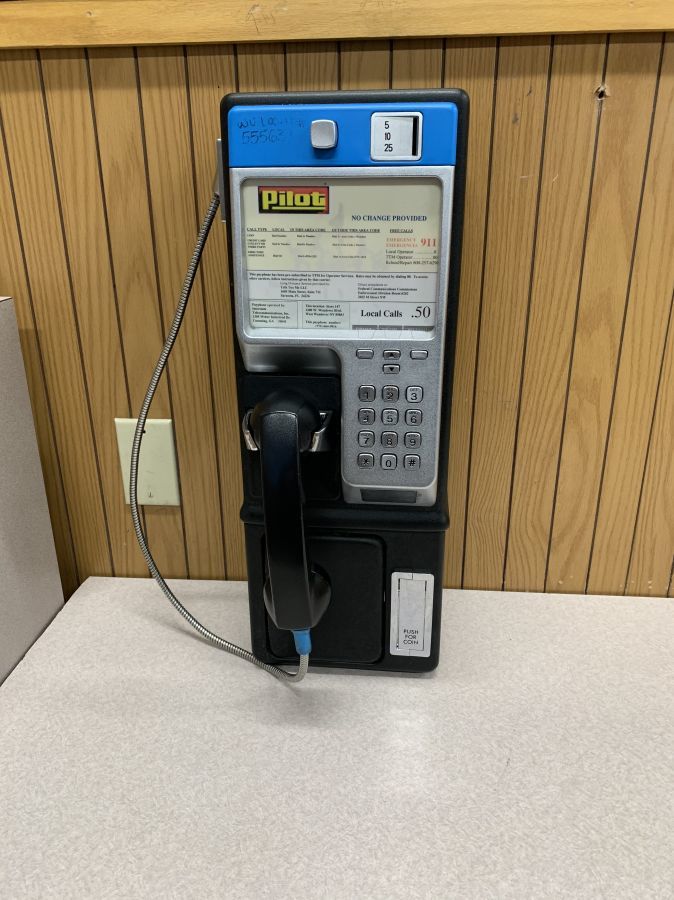 Check out movie "World's Fastest Indian" for a glimpse into that place, that world, and just a really cool flick!

I have been negligent. AGAIN! Busy, busy, busy will be my excuse.

I had one 34 hour reset in Boise, ID. I arrived on a Saturday, then the delivery was not until Monday. I had another reset plus at the terminal in KC, MO. I was there for a grease job when the carrier bearing was discovered to be worn out. Three days later, part arrives, installed, and on my way.

Monthly MPG: 7.99 Real numbers; not off the dashboard.

Shortest Trip: 6 miles! Scaled a trailer that was way overweight, then returned it to the yard. GVW was 80,770! Not hauling that one. I was paid $65 for that one. I also made $20 for driving an abandoned truck and trailer from a truck stop back to the terminal one day while waiting. Some former driver quit and left it at a truck stop 15 miles from the terminal.

First winter weather encountered this week (25-27th). Winds in New Mexico, plus snow and ice in NM, TX, and OK. I shut down three times but still delivered on time. I'm still 100% on time pick up and delivery for almost five years. YAY ME!

Still waiting for the Trick Or Treat'ers to stop by.....? 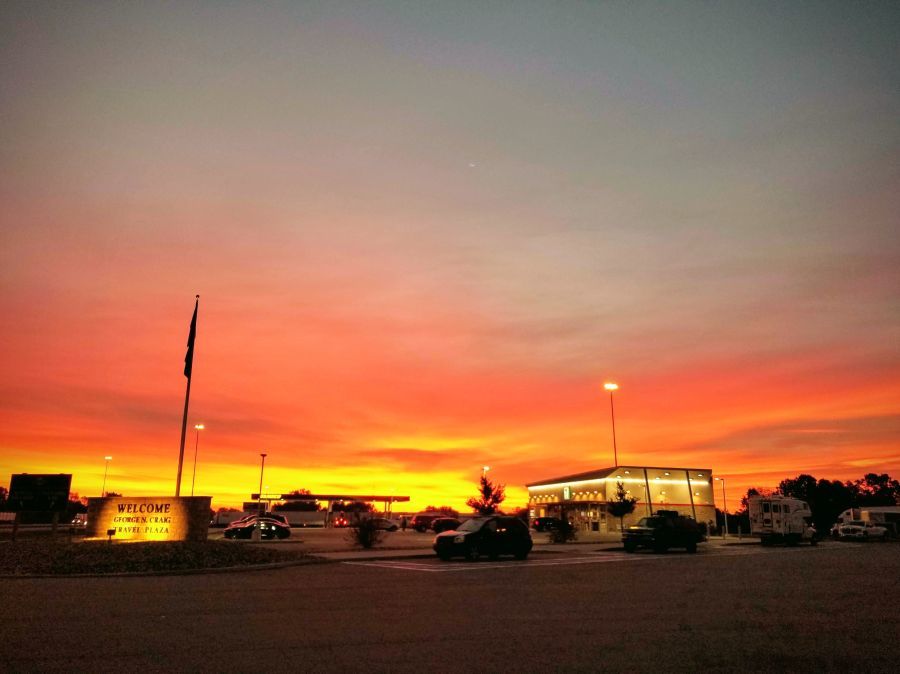 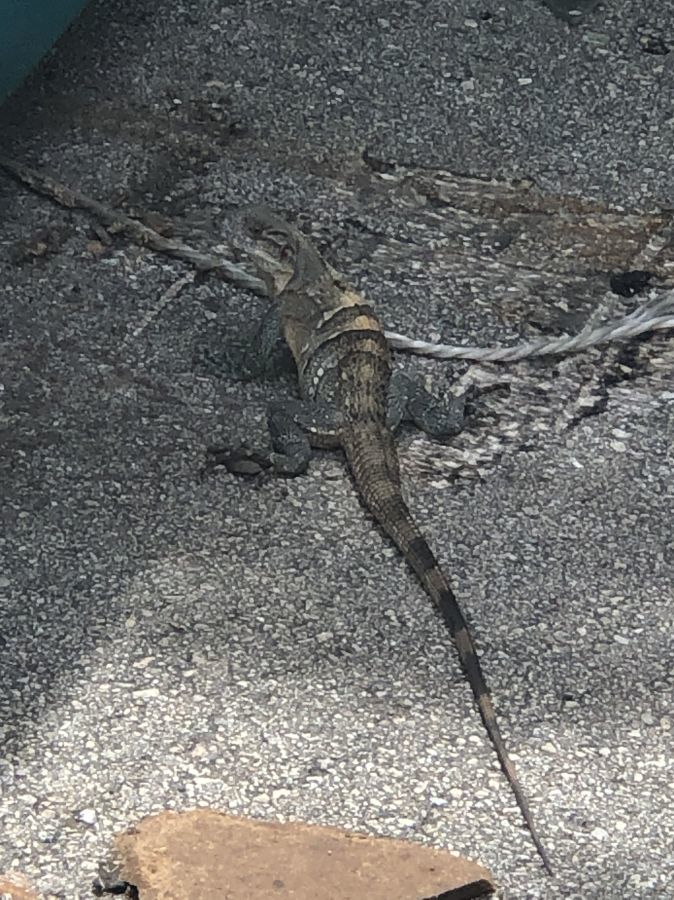 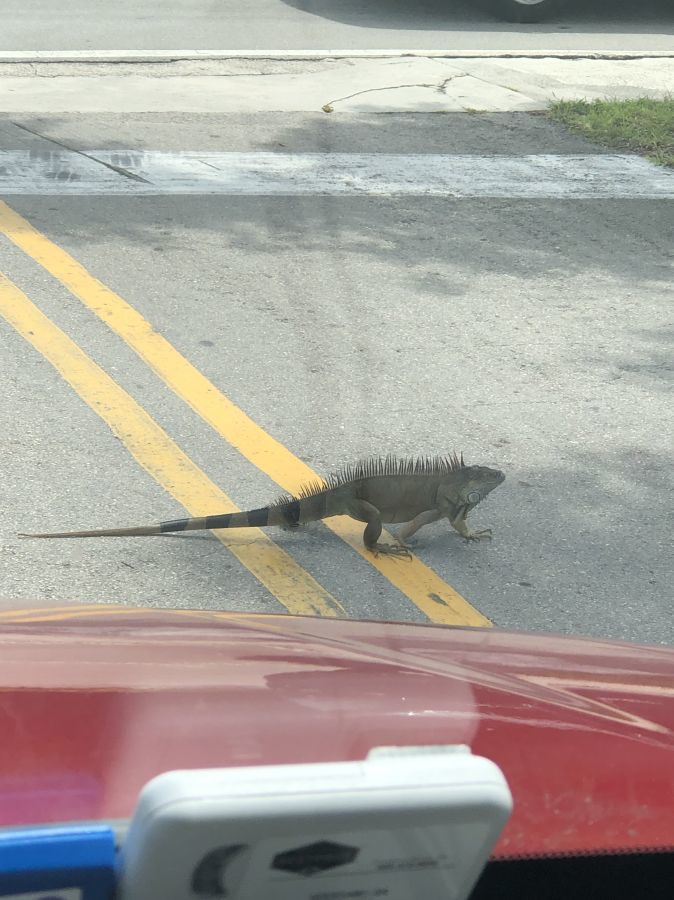 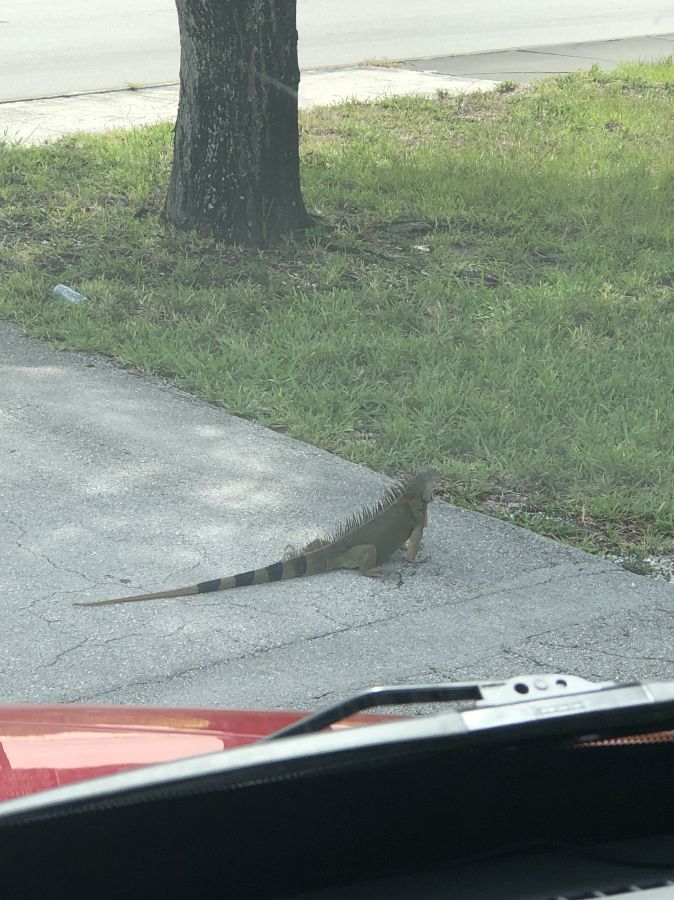 FINALLY! A photo of a REAL Lot Lizard! 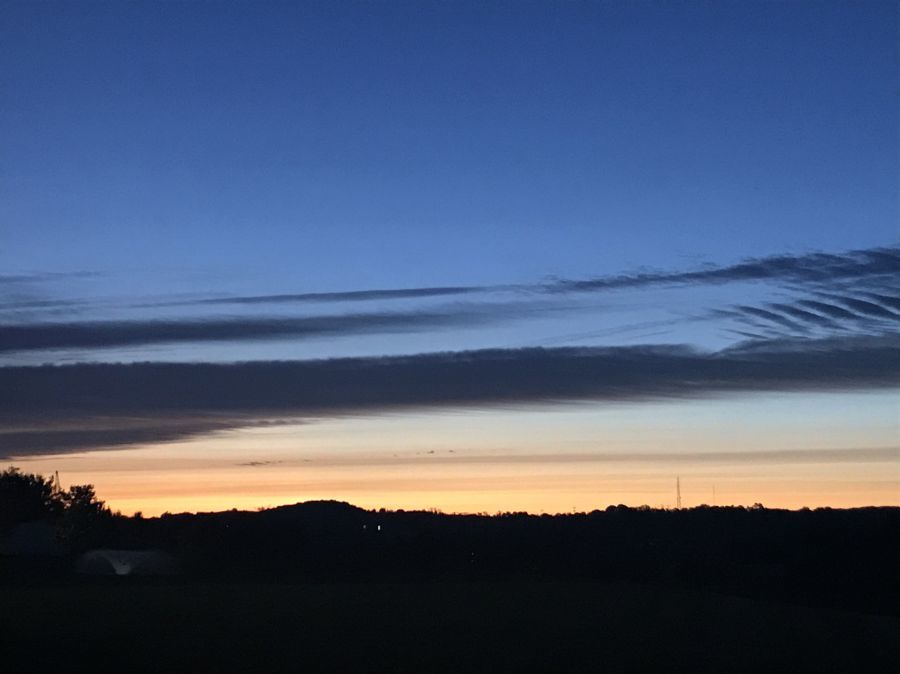 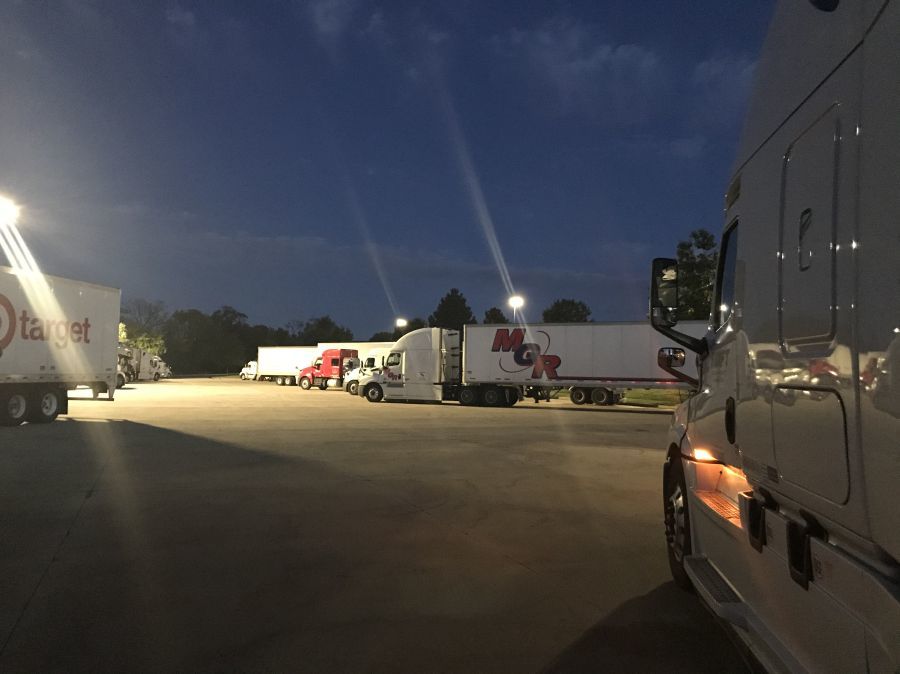 One thing I can't figure out is the fender mirror is folded in one direction, while the door mirror is facing the opposite.

I had the curtains closed, laying down and listening to the truck race on the radio when it happened, so I didn't see it, only heard/felt it. I thought the trailer had been backed into, not the cab. I have yet to receive any damage to a trailer. It's always the truck the idiots aim for. All three times, I've been driving a red tractor, too.

In sports cars it's called "Arrest Me!" Red.

In PackRats case it should be called "Hit Me!" Red!

Perhaps it's time to get another color tractor?!?

You just never know what the day's gonna bring. 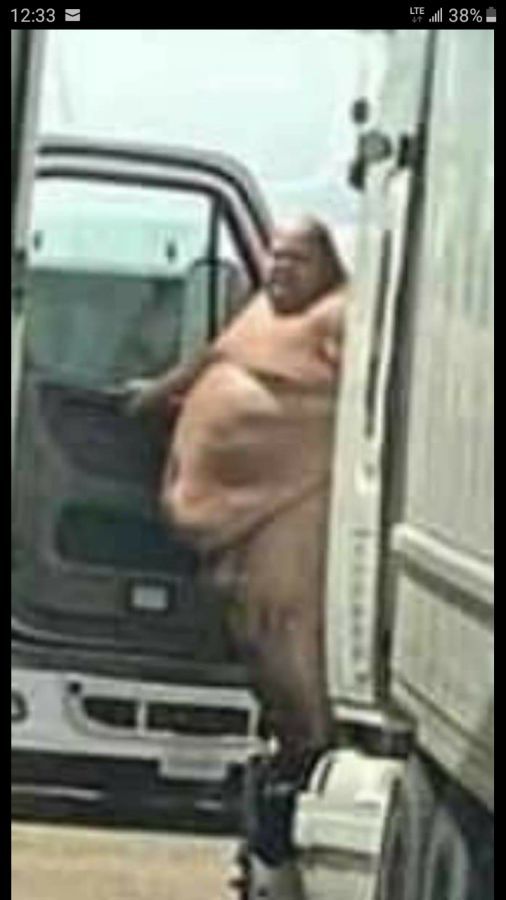 Looks like your typical OTR driver to me, us day cabs have standards after all.

Hopefully you don't resemble that driver!

You just never know what the day's gonna bring.

Some things can NEVER be unseen!

(My eyeballs are burning!)

But thanks so much for sharing!