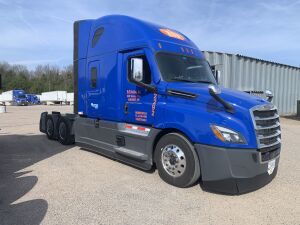 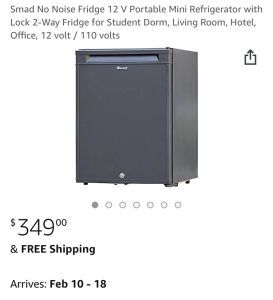 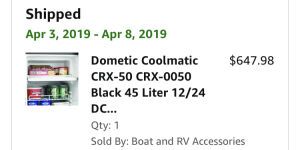 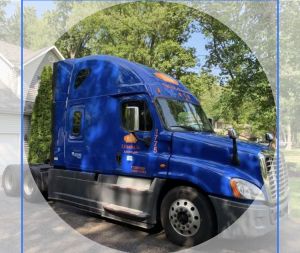 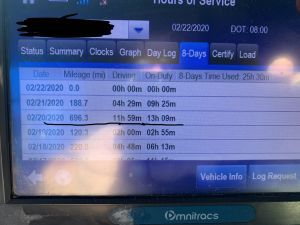 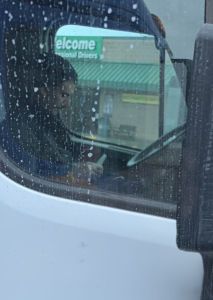 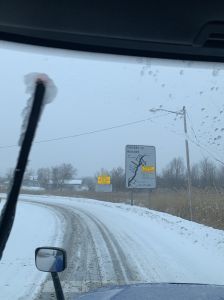 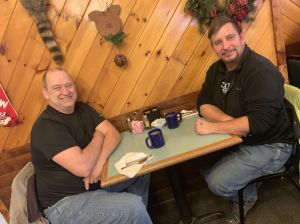 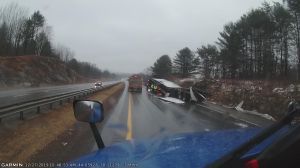 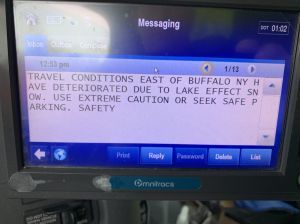 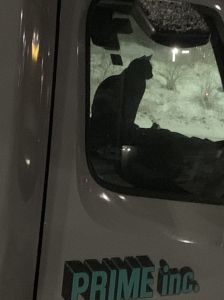 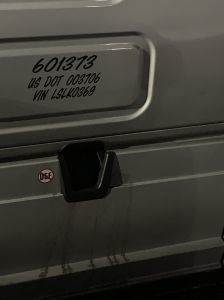 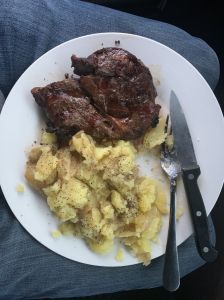 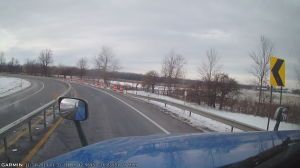 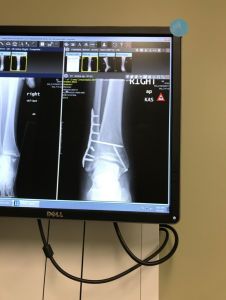 Do you feel that you are being micro managed?

Wolding is around 300 trucks, and has plenty of freight.

The president and most everyone else will know your name. It’s kind of freaky, to be honest. People so have never met will call me by first name, and I can’t figure out how they know it.

When I was in orientation the president stopped in at the restaurant across the street where a bunch of drivers were having breakfast and asked if he could join us. He was puzzled why he didn’t know me. I told him I wasn’t an employee yet, and he said Ok. I will know your name once you are hired.

But if you are looking to be micromanaged, you’re out of luck. I get my load, accept it, run it, scan in my paperwork and grab the next one.

The only contact I have is if I call in which is rare, and sometimes the load planner will call and ask if I would have load A, B, or C. He gives me my choice if possible because as he told me yesterday, “you’re an hourly driver that gets **** done”.

Great place to work, but like any trucking company, you need to manage yourself.

Only on duty and drive time counts toward your 70.

1. Just for clarification, the 70 hours in an 8 day period, that’s only for ON DUTY activities right? CORRECT.

Just like when you’re on your sleeper birth/berth it freezes your clock right? YES

Sorry y’all, I’m just trying to make sense of this.

Was it Capstone Logistics by chance?

I loathe that bunch!

If it was dilute under direct observation, I can’t see how they could have a problem with it. It was obviously your urine if they were watching.

Which Lane is the Proper Lane to Turn Into ?

The reason you turn into the inside lane is someone could make a right on red from the other side of the intersection.

Easy. I’m pretty sure they replaced the engine with one from a 69 VW Beetle! Holy cow it is underpowered.

Thanks Rob. I have no intention of going anywhere, they treat us well.

Congratulations! How the heck are you going to live up to your screen name when you're driving a nice, new truck like that? Maybe "not-quite-as Grumpy Old Man" will suit you better.

Funny. I forgot I replied to this. I was trying to remember my first load. Lol

Found a marker light out on pretrip and panicked thinking it would make me late. Got it fixed quickly

Left the terminal and went to someplace near Neenah, WI (Waukesha, maybe?)

Picked up the load and made it to Chicago and spent 3 hours to go 20 miles. Made it to The first rest stop in Ohio. Finished the next day and dropped it in Denmark, NY.

Fairly uneventful actually, though I was terrified I would screw it up.

Thanks everyone. I just hope the Park Smart system will keep me cool.

Yesterday was the day I was assigned my first truck two years ago.

Today I upgraded to a 2021 Freighliner. It was new a couple months ago when my friend got it, he drove it 24,000 miles then took a local job. So not quite new but close enough.

Congrats from me, also! 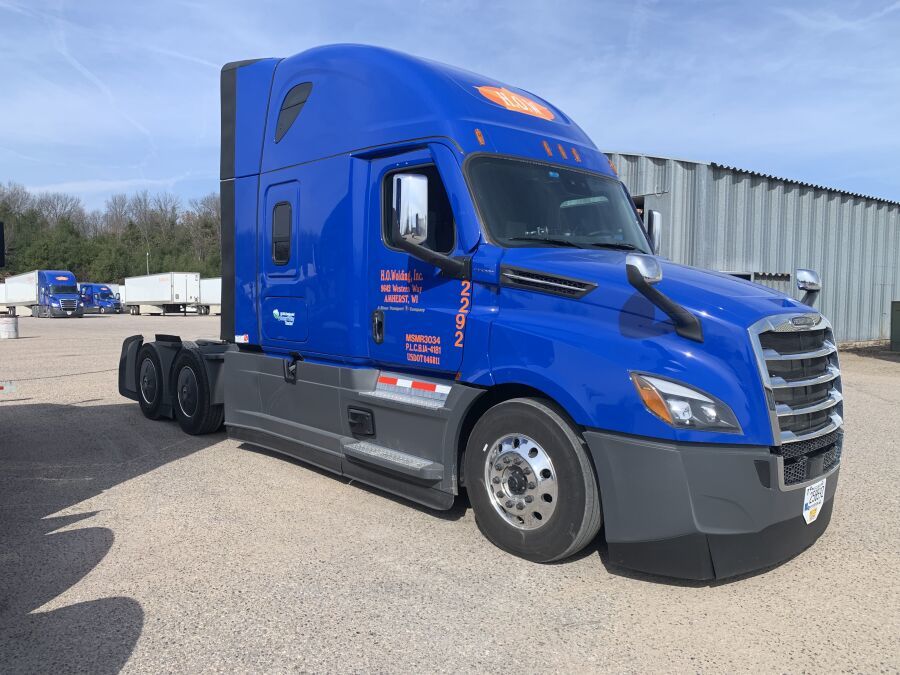 Yesterday was the day I was assigned my first truck two years ago.

Today I upgraded to a 2021 Freighliner. It was new a couple months ago when my friend got it, he drove it 24,000 miles then took a local job. So not quite new but close enough.

You can still use a stand alone air fryer, just not the microwave combo as it fits into a cabinet and can’t dissipate the heat.

You are correct. I went to their site and they do recommend those clearances.

It was a good idea but I would not want to put it in the microwave slot. Oh well. It was a nice thought.

Not familiar with it, but the manual says it need 2 inches on either side and 8 inches above for ventilation. Also wondering about the power. The manual says 1300W for microwave and 1450W for air fryer, but I don't know if it needs both of those at the same time, or if air frying just adds 150W, or what.

That’s where I saw it, a trucker cooking group.

I belong to a group of people who cook on their trucks on social media...it seems that everyone has them. I don't know what size/model etc, but they all seem to love it.

Anyone put one of these in their truck?

Looks like a great option for just over $100, but I wonder about Heat exhausting into the built in microwave spot in the truck.

At the yard for a new truck. Miked this one out at 670,000. Not sure if so will get a brand new truck or used. I’ll find out tomorrow. Yesterday was 2 years solo

If that was enough to make you consider self harm or suicide, please do not consider a job driving a truck. It isn’t for you.

How are you doing brother?

If that was enough to make you consider self harm or suicide, please do not consider a job driving a truck. It isn’t for you.

I just laugh and shake my head.

What are your personal positives and negatives regarding jockeying a rig for a living?

I need a new pair underwear (near miss)

I was deadheading from Syracuse to Buffalo last weekend. Started with no snow, then kept getting a little heavier as I went.

Near Batavia I was down to 45, but the roads still weren’t too bad. I was keeping my distance. A flatbed started moving into my lane right in front of me, so I let off the accelerator, meaning to drop back. Being empty, I didn’t want to get on the brakes if I didn’t need to.

When he was about 3/4 into my lane, like flipping a switch, visibility was near zero, and everyone in front of us just stopped dead. Truly an oh **** moment.

I got on the brakes and started to skid. Was headed for the left rear of the flatbed. Got off the brakes and headed for the shoulder, and luckily he realized I was about to hit him and headed back to his lane. I missed him by 3 feet and stopped in time to avoid the stopped cars. Grabbed the mic and started yelling back it down, whiteout, waiting for someone to plow into me.

Luckily everyone was able to stop, and spent the rest of the drive from Batavia to Buffalo at 10 to 15 mph, barely able to keep my wipers clear. Had to flick them a few times, something I hate doing as it isn’t the safest thing.

Two things that surprised me was that I didn’t panic, and somehow as I rode beside the tanker unable to see with wipers icing up and defrosters cooking me, the tankers windshield was perfectly clear, with no wipers going at all. I would love to know how he did that.

And some advice. GET A RADIO!!!! I’m amazed how few truckers have a radio.