Born in Houston, Texas but grew up in Missouri. All over Missouri. Joined the Marines out of high school and then transferred to active duty Army. After the Army went to college and then to law school. Worked for St. Louis County for 8 years, doing a variety of governmental legal work. After leaving the County, I worked in three private law firms doing real estate development and public incentives. After 22 years in the law practice, I got burnt out. I got tired of the impossible volume of work, the push to generate more business and associated marketing, networking and sales, the unreasonable clients, the office politics, and the general lack of integrity in a profession governed by ethics rules—self-governed I might add.. I am an adventurous person. I have sky-dived, scuba dived, rode several centuries (100 miles in a day) on a bicycle, rode an Ironbutt (1000 miles in a day; non certified) on a motorcycle, completed an Ironman triathlon in 2003, got my EMT license in 2011 (expired now), rode Route 66 on a Harley in 2017 and 5900 miles through the eastern United States and Canada, including the Trans-labrador highway, on a Triumph Tiger 800 in 2019.

I like to travel and prefer trips where I drive. In fact, driving has always been a source of rejuvenation for me. I prefer to be alone. I like to be active, so physical work doesn’t bother me. I like challenges and am pretty resourceful in overcoming obstacles. I analyze everything, probably overanalyze most things, but it serves me well because I am good at figuring out systems.

So after much research for a second career later in life, I decided to make the drastic career change into trucking at the age of 52. 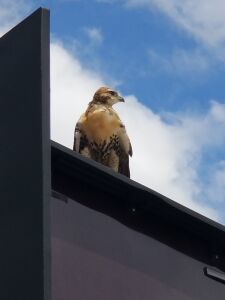 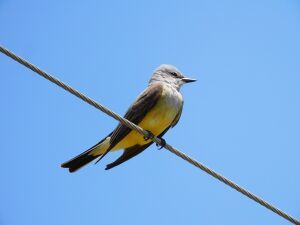 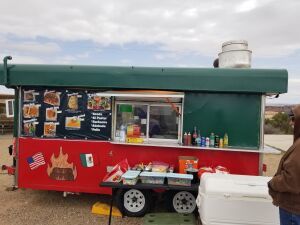 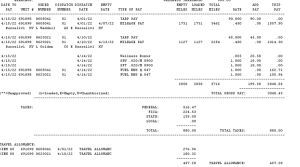 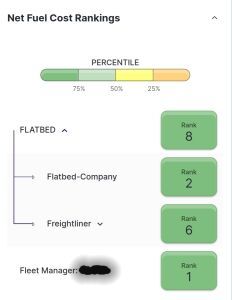 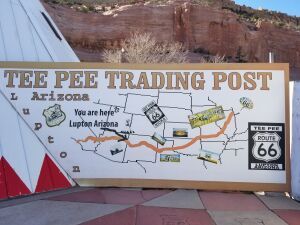 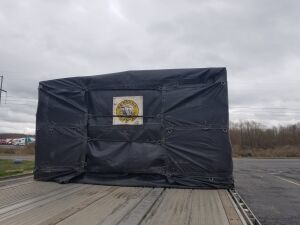 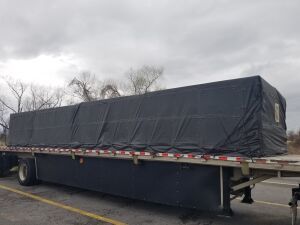 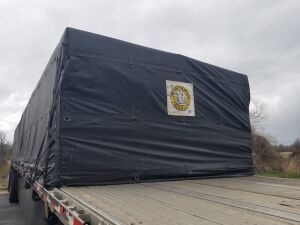 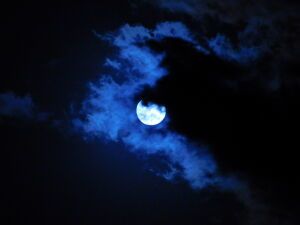 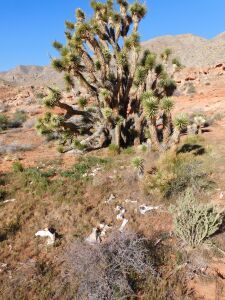 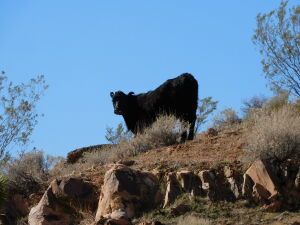 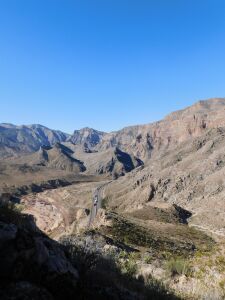 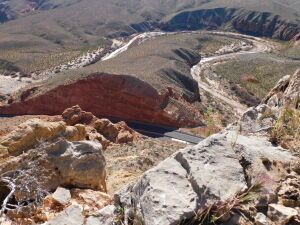 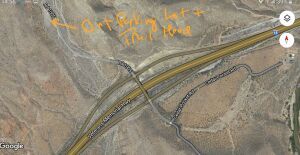 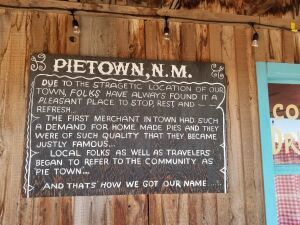 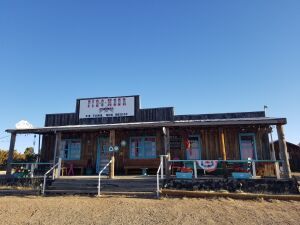 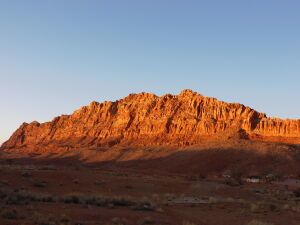 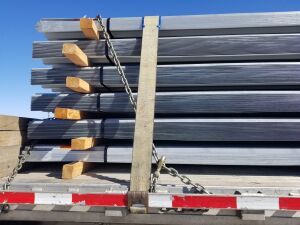 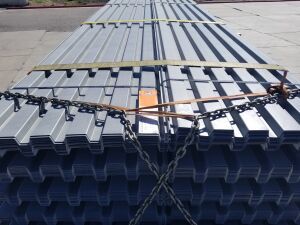 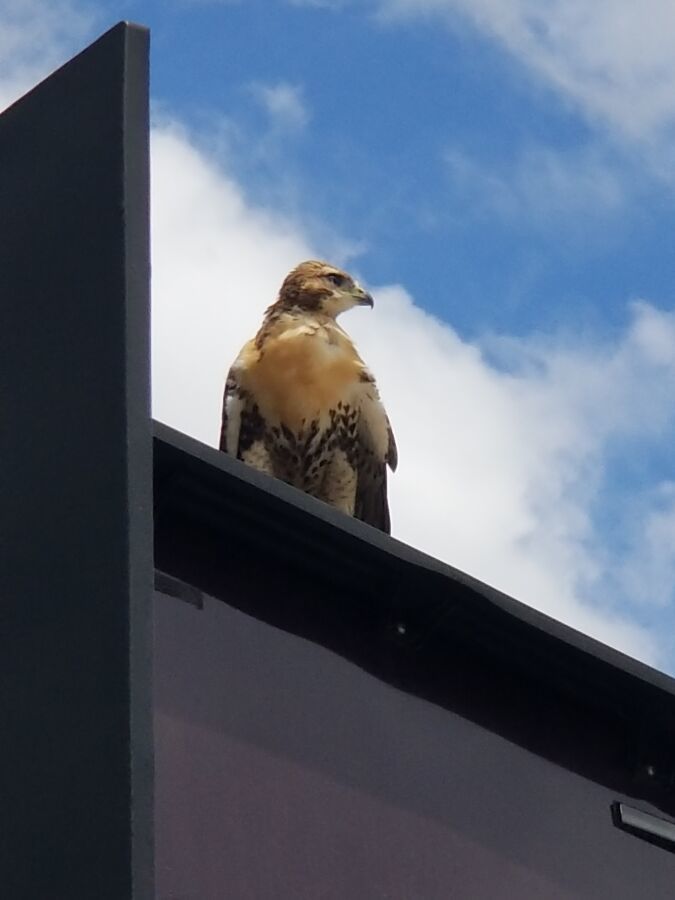 I kept track of my loads during my first year solo and I tarped right at 50% of the loads.

But simply focusing on tarped versus non-tarped loads does not equate to hard versus easy.

Some tarp loads, like metal products, are more difficult to tarp because you have to put moving blankets or other materials to protect your tarps. And some of those metal loads are very sharp and require something more than moving blankets or they'll slice right through your tarps. For very sharp metal products I have some fire hose and some canvas tarps that I put over them to protect my vinyl tarps.

Also you may have a very tall load that you have to tarp and you have to climb up on top of the load. Like the ice-covered PVC pipe that required 4 tarps and was almost 14 ft in the air.

Other tarp loads like Iumber or sheetrock are pretty straightforward because they don't require a lot of protection and some of the sheetrock shippers where I pick up will mostly put the tarps on for you and all you have to do is bungie the sides.

And then you'll have non-tarp loads like building materials which have a lot of different individual components and you'll end up using like 15 straps even though the load only weighs 25000 lbs.

Regardless, as Old School says, if you are not inclined to tarp loads, or to find yourself in situations where you say to yourself what the f*** am I doing out here, then avoid flatbed.

Western Kingbird in Kansas off U.S. 54 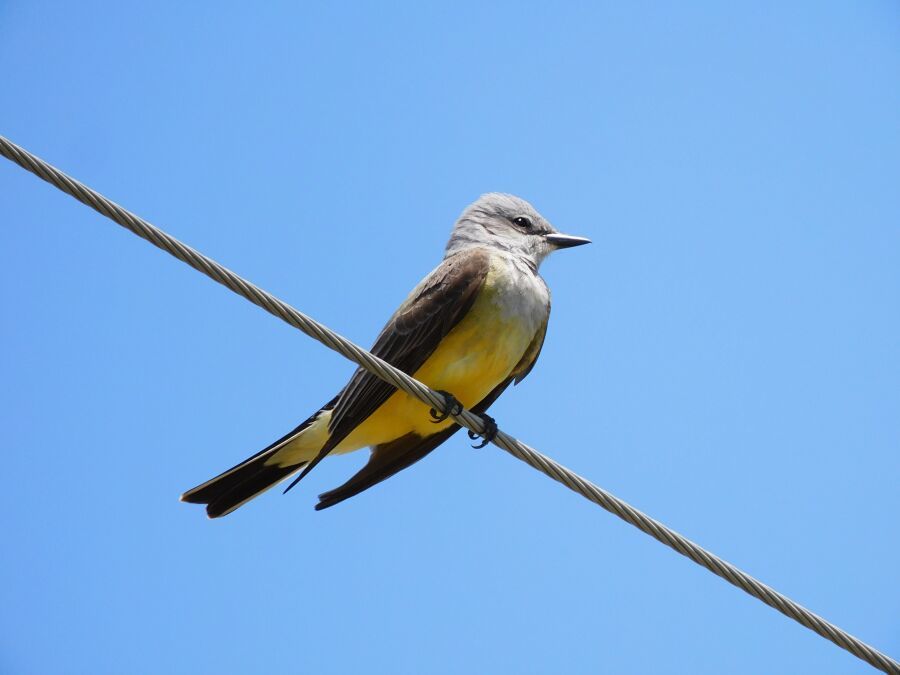 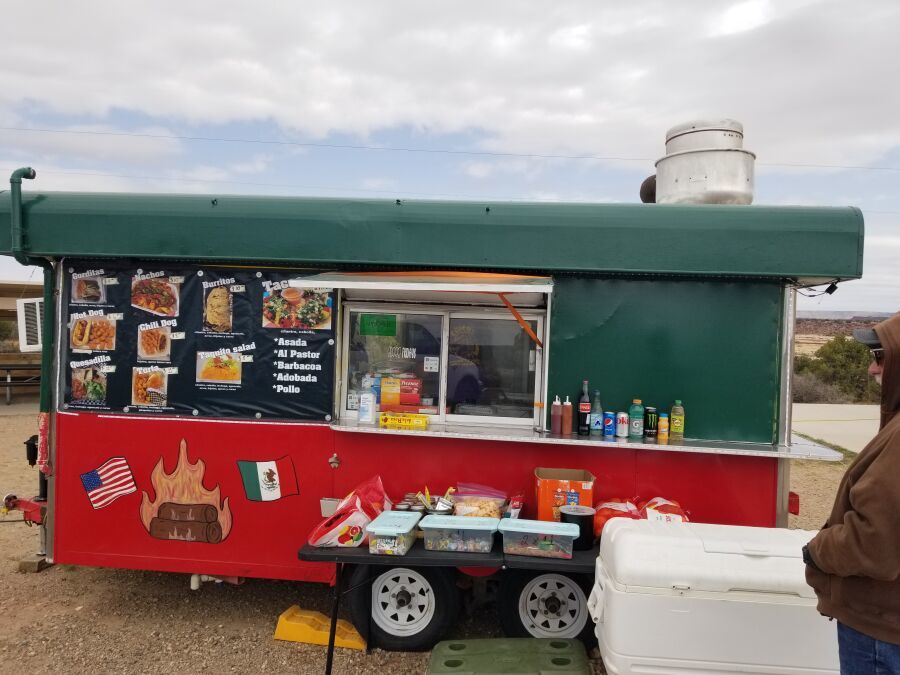 I-70 in Utah and Colorado is one of my favorite drives.

To clarify on my prior comment, it looks like your disposition is improving to the extent that the job not as challenging now. As with many new drivers the learning curve is steep and challenging, which you encountered. Once you get past that initial challenging stage, in my experience, the job becomes more manageable and, therefore, your disposition improves.

Tanker endorsement for some of the large capacity liquid totes we haul occasionally. 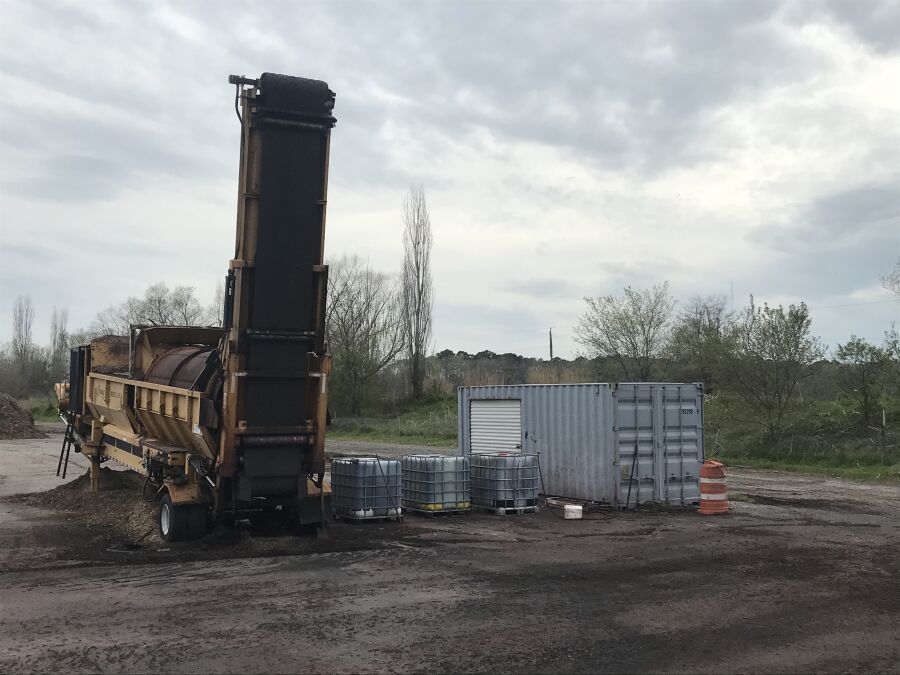 Why do you stay driving for your company?

1) Too lazy to look for another carrier.

2) My FM treats me very well. Good loads and many miles. Keeps me rolling.

4) Tractors and trailers are relatively new and well maintained.

4) Now that I have this dedicated account it's almost too easy.

Should a rookie driver become a lease operator?

Two can play the OP's game. 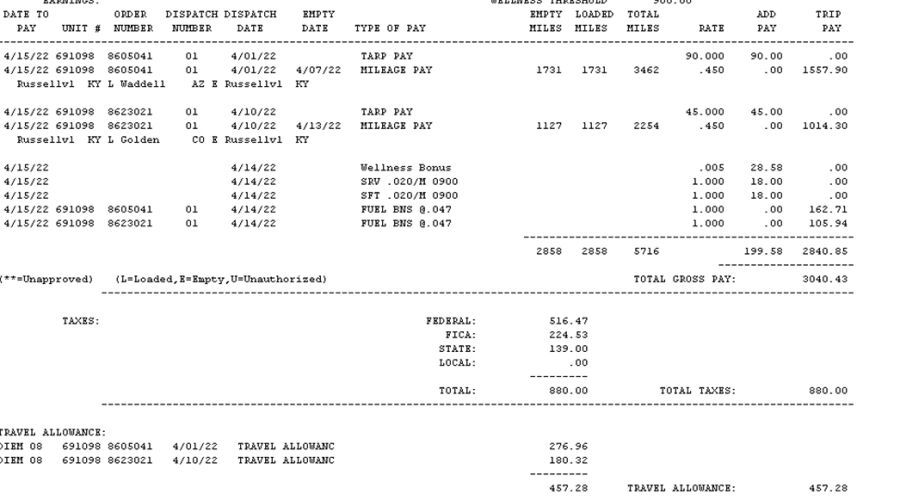 A PhD student want to join the world of Trucking --any advice, suggestions, recommendations, etc.

As a PhD who is interested in trucking you must be prepared to answer the question what do B.S., M.S., and PhD mean? 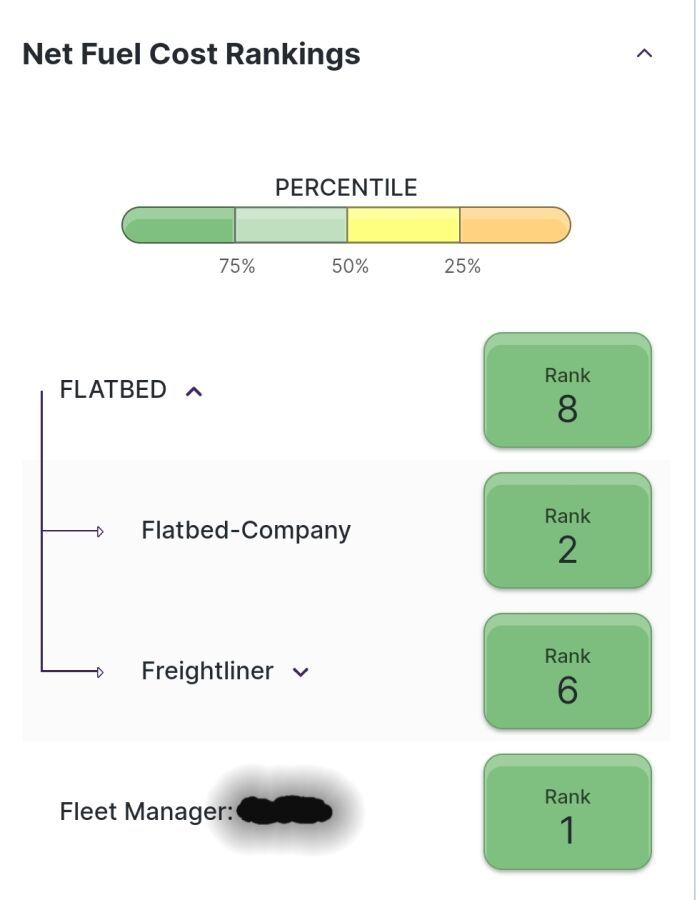 I've hauled mulch dye in totes a couple of times. You need the tanker endorsement to haul them.

Look forward to following your journey.

Just a heads up if you ever delivered to the produce market in Boston. You have to pay $35 just to get in the place and then the lumper fee that I had to pay was $80. All cash.

I'm not sure if calling Prime drivers primates would be neutral, an insult or a compliment

Probably depends how the person saying it intended 😂

Not only am I a primate, but I'm a knuckle dragging primate.

Congrats on the new gig.

Been thinking about the last interaction with Todd on the forum where he felt like he was being treated poorly by the moderators.

So as a kind gesture, and somewhat of an olive branch, I wanted to post this one specifically for Todd.

Please everyone else refrain from commenting, or even giving him hints. 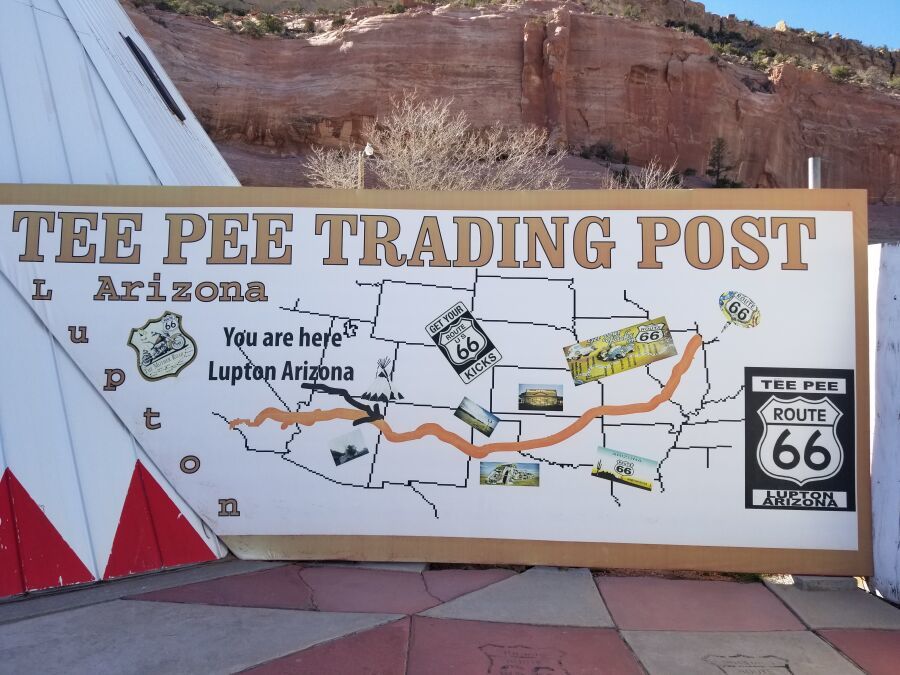 Todd, bonus if you can guess the city.

Any update? I've been thinking about you recently.

Might be a bad day when the shipping office guy tells you “to order dinner, it’s going to be a while”. This just happened to me. Oh well, such is life,

I didn't have a bad day but your post reminded me of a random thought that I had while waiting to get unloaded.

It's very rare that I have to wait, but apparently there was some competition for the oversized forklift that they needed to unload my coils. So I had to wait about an hour and a half.

While waiting my random thought was obtaining a copy of War and Peace and sitting in the driver's seat reading it. And when the forklift operator comes up and says "okay we're ready to unload you" say "hold on let me finish this."

I care about maximizing the money in my pocket. I do that by driving as many miles each day that I can. If another company driver, who cares about fuel mileage, sets the cruise at 60 mph, while I have mine set at 62, that’s roughly 20 minutes in a 10-hour shift. And that 20 minutes may actually equate to more than 20 miles. For example, two truck stops are 80 miles apart. I may be able to make the further truck stop because I’ve set my cruise at 62 instead of 60. In addition, I may be able to get to the receiver before they close with that 20 minutes. There have been several times where the receiver has told me “as long as in you’re in the gate by 1500, we’ll unload you. If not, we open at 800.” So I get there by 1500, get unloaded, send in my departure by 1600. And I’ve got another load before the end of the day. But if I miss that window, let’s say by 60 minutes, I have to wait until tomorrow to get unloaded. That’s 16 hours later or 6 hours that I could have been running on my next load.

You may say “well this is all hypothetical.” No. I generally start Monday, after a 34-hour reset. My loads, as scheduled would have me delivering Friday morning and then I would get a weekend load. Because I push my schedule, generally, I’ll deliver Thursday and then get another “day load” that delivers Friday, after which I get my weekend load. So, I generally get an extra load per week. Generally, these “day loads” are about 400 miles, which yields $200. No amount of fuel mileage management will get me an “extra” $200 per week. By the way my 8 week ranking on the Prime app is 17 on my FM’s board, which is top 20%. So even with my “west bound and down” driving style, I still earn a decent fuel bonus, even though, I, really, really, don’t’ care.