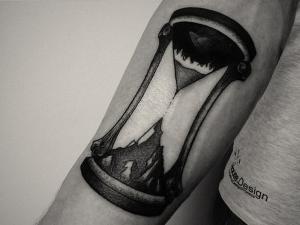 Thanks pack, i will try my best to avoid those Fleece Least Lol, just hoping i can get my self in the doors of trucking with a 2nd chance company. It really does suck having to wait another 5 years for my personal vehicle accidents of 2 accidents to clear. But Hoping Western or another company accepts me than i am fine to commit a year.

Never, ever get sucked into the Fleece Purchase baloney.

Thank you Brother fro your story, i do not mind the low pay, I just want to get exp. MY 2nd accident totally caught me off guard in life. But I will look into Western Express, Pam, and Trans am. Is it possible to avoid lease purchase for Western Express or is that a bad thing if they are giving me a chance?

I am i western express driver. Many on here have seen me say this a lot. WE hired me when I havent driven in 5 years. Your at fault wreck may cause you to go out with a trainer for 250 driving ours. Nothing wrong with that. The pay is bare minimum but they are hiring you when no one else would. They also shove lease purchase down your throat. Run hard have a good attitude with your trainer and dm. When things go wrong the roll off like water off a duck's back. *****ing about it wont fix it any faster. Oh get a watch since you are so uncertain

My first accident was my fault But the 2nd accident is not my fault due to the person running a red light and broadsided me. I only know of 2-3 good 2nd chance companies being Western Express and Carolina Cargo, saw they had no more than 1 accident within the 5 year time frame. Does this mean I have to wait a 5 year timeframe to be approved for a 2nd Chance company. Help me out with this fellas, bad luck just gets me, had 1 year left after my first accident to be on the clear to apply for Western Express until someone ran a Red light and got me.

Should I wait after 5 years to apply for Prehires if I have 1 Major Preventable Accident, Trying to make a wise choice and not get sent home the hard way

Hopefully trucking industry doesn't have major big changes in 2024, I will not lie and be upfront about it and will wait five years for this. Just to get one year otr exp or stay longer depends. But in meantime I will do try not to calm my self dow, life has been a nightmare after my first accident. I been lagging and worried of lawsuit. Hopefully they don't press charges. But also there is a payment plan their insurance company will let me do because exceeded property damage limit over 25k that my insurance covers.

How old is it? That determines alot. If it was 3.5 years ago and you haven't had any incidents since for example,that might weigh better. If it was recent (within the last year or several months ago for example) its going to be harder. The older it is, generally the better off you'll be. I'm no expert by any means.

Insurance drives alot of hiring decisions too, if the carrier's insurance agency wont insure you ,then you are pretty much out of luck. Some of the mega carriers are self insured up to a certain dollar threshold so you 'might have have better luck.

I would wait until you get a variety of replies to this post and not just my reply so that you can make the best informed decision possible.

I had a fail to yield to oncoming traffic and both cars were totaled and minor injury's to both of us. It is my first accident within my whole driving experience. And I tried to apply to Swift. But I noticed that they put on their requirements: No Major accidents within 5 Years. It seemed kind of accurate. I was thinking of 2nd chance companies like Western express, Carolina Cargo, Us transport, Carolina Logistics, Transam. But Im kind of thinking they will send me home after I get there and tell me I am not what they are looking for. Give me your Opinion if I should wait it out, Thanks

Apply For Paid CDL Training and be completely honest of what they ask. Those who get sent home lie or try to hide things. These companies invite someone to orientation based on the information they provide then do more thorough checking once you're there. It doesnt make sense for them to buy you a bus ticket to come out just to get sent home. As Moses said, how recent this was will play a large role.

Should I wait after 5 years to apply for Prehires if I have 1 Major Preventable Accident, Trying to make a wise choice and not get sent home the hard way

I had a fail to yield to oncoming traffic and both cars were totaled and minor injury's to both of us. It is my first accident within my whole driving experience. And I tried to apply to Swift. But I noticed that they put on their requirements: No Major accidents within 5 Years. It seemed kind of accurate. I was thinking of 2nd chance companies like Western express, Carolina Cargo, Us transport, Carolina Logistics, Transam. But Im kind of thinking they will send me home after I get there and tell me I am not what they are looking for. Give me your Opinion if I should wait it out, Thanks

Yes I was not cited and the guy that impacted my vehicle was not cited also. It is still an on going investigation was told by the Patrol Officer and just waiting on that Police Report to finish. I can picture similar Scenario but it took him like 50-75 yards to come to a stop after point of impact and there were no Skid marks. Its stressful situation right, having to wait for the results and not feel hopeless and lost. I definitely will let you know what the Police report results are, Thanks.

Fight the ticket - FIGHT EVERY TICKET.

It's worth the couple of hundred to try and beat it, or get the conviction nullified.

I had a similar accident 10 years ago. And all the witnesses told the investigator that the guy that hit me was speeding - like as in - took him 100 yards to come to a stop after the point of impact.

Cop was sad he had to write a ticket, but told me not to worry - because since HE DIDN'T WITNESS THE ACCIDENT, HE COULDN'T TESTIFY TO IT. Case Dismissed. My insurance company accepted liability, but I didn't have a conviction on my record.

If this JUST HAPPENED - then you might have to wait at least a year, until a "major company" will accept you for training. But APPLY ANYWAYS - because you never know. And the companies you're interested in will tell you for sure, how long you have to wait until they will accept you.

AND FIGHT THE TICKET. When you say "the investigation started on ..." - does that mean you were NOT CITED?

Typically - the car making the turn into traffic, is going to be the one at fault in ALL CASES (except for some extreme extenuating circumstances). And your insurance is likely to accept liability for it (based on the basic fact of failure to yield).

I had another one a few years ago - where a pedestrian ran out in front of me. Turned out the cops and EMT's knew the guy. Local drunk homeless guy that liked running in front of cars (he had done it previously). I was NOT CITED, and the investigation found HIM AT FAULT. Ambulance chasing vulture sued me anyways. My insurance company knew I wasn't at fault, but settled because it was cheaper to settle than litigate. I REFUSED TO SIGN OFF on the settlement, until I got a letter from underwriting stating I WAS NOT AT FAULT and they settled as a matter of business decision and not acceptance of liability.

Best of luck to you - let us know how things turn out.

I will do that and attend traffic school if its an option they give me. I know Swift, Werner, Western express, Us trucking, Cr England check within the last 3 years, do you know any Companies that checks within the 3 years except for the 4 I listed.

I agree this will be a huge problem when it comes to finding a job. Do everything you can to fight it, if it goes on your record you may have to wait 3-5 years with no other accidents or tickets for most companies to even consider you.

Your right, I should think about it more and this is like my first accident ever with a regular driver license . I will work on situational awareness more and hope within 2-3 years I be able to apply at the 2nd chance companies

Good chance, if you are found at fault for failing to yield the right of way, that many companies won’t touch you for a time.

Might be a year or several. It was definitely a bone headed mistake. One that companies will see as demonstrating a lack of situational awareness and safety conscious driving.

In a semi truck pulling such a move would of ended up with you being fine and the car hitting you most likely having a white sheet draped over the people inside. Think about that!! When you mess up in a semi truck, things tend to get destroyed and good chance people die.

I got T Bonned by a car when I was making a left turn and If I am convicted at fault for that fault, If convicted of that fault Will there be any Trucking Companies out there to accept me because this is my first Accident I ever had and I might be at fault for failing to yield and I was the only one sent to hospital no broken bones just scars from broken Driver side Window. The investigation just started on Friday 9/6/2019 and If I am at fault for making that turn, Is there Company out there to accept me.