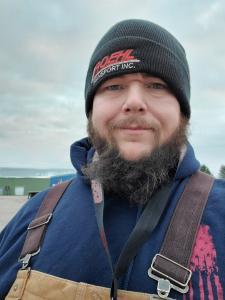 Over The Road Trainer for Flatbed at Roehl Transport. 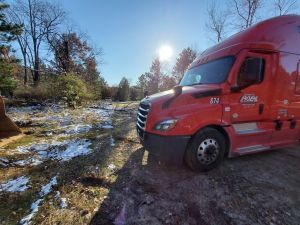 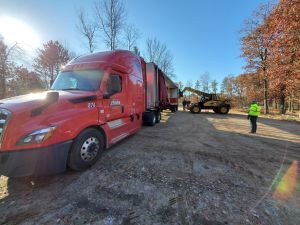 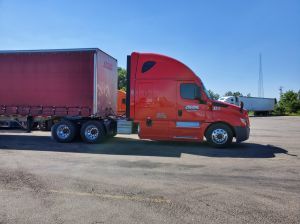 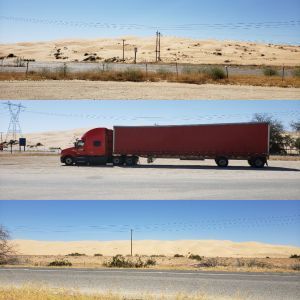 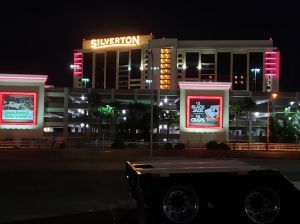 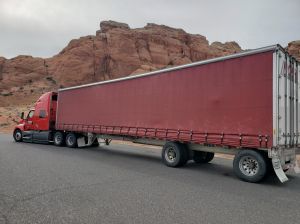 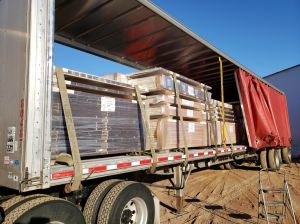 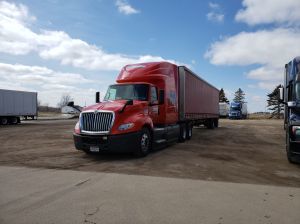 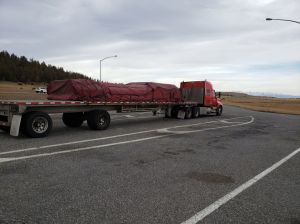 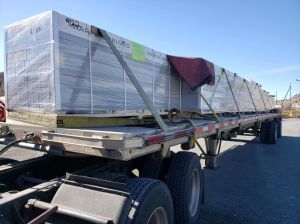 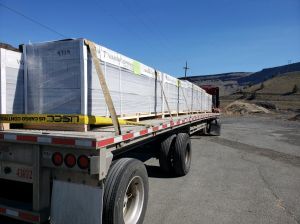 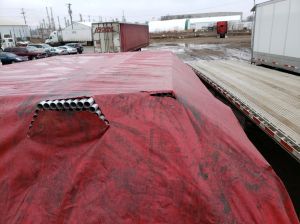 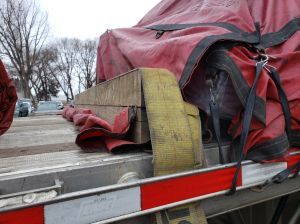 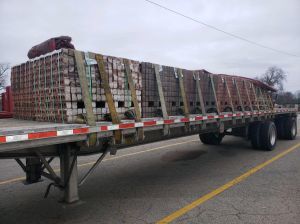 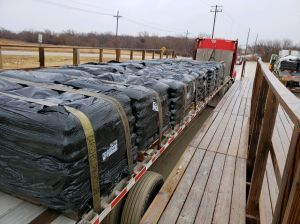 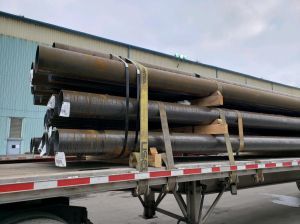 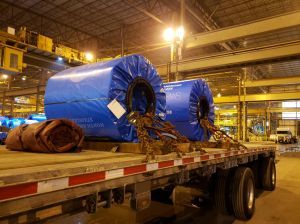 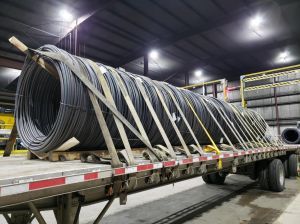 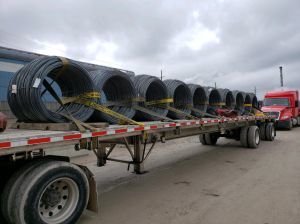 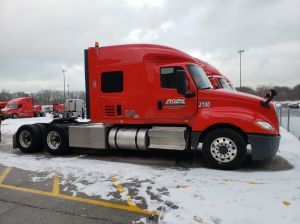 In Las Vegas your only option is more than likely National Flatbed. Our flatbed and curtainside are the only fleets that go that far west.

Good advice from "the older driver". I hate that term...

One thing this young guy does is unlock the tandems at the same time you break the seal, remove the door lock, and open the doors.

This does three things:

First, if you need to cut the trailer in tight to make the dock approach (as you described), just set the trailer brakes then move the tandems.

Second, it saves you a trip in and out of the cab later. Nearly every shipper and receiver will require tandems to the rear, doors open, and tires chocked before they begin.

Lastly, this is when you do a walk around the area you are about to back in, just like the film you watched during Roehl orientation. Remember?

Some places require that you slide the tandems before leaving the inbound gate. This doesn't mean that you cannot adjust them several times if needed before you get backed into your assigned door.

Being new to the world of dryvan I still consider myself a work in progress.

Today I was trying to back into a tight dock with no room for tractor swing. No matter what I did I couldn't make the dock. Finally an older driver came over and offered some advice.

"Your never gonna make that dock with your tandems slid all the way back. Slide them all the way forward until your in the dock then slide them back."

It seems pretty simple but my brain was just not going to that conclusion until he said something. My brain was just thinking of the sign that said slide tandems before docking.

I was very grateful for his input and thanked him. He told me in his 30 years of driving he still learns tips and tricks and tries to pass them on when he can. It just goes to show that you should never stop learning or improving in this career.

I failed the Roehl pyshical aptitude test because my heart rate was 2 BPM over their limit. They sent me after I spent a night in their hotel, they told me I could hang out til after lunch and eat the food they had ordered plus the next day I had a check at home for a full day of orientation. After all that I didnt owe them anything.

Since you were sent home for medical reasons you didn't owe. But if you quit on your own or get let go for being unsafe then you owe the money.

The first day of class you will sign a contract. Until then you don't owe anything. You will be sent to Gary Indiana, Conley Georgia, Marshfield or Appleton Wisconsin for training. Just depends on where they have openings. Just follow the rules and pay attention and you won't have any problems.

With you going over to van they aren't making you go out with a trainer are they? A couple days ago you asked about advice pulling a van. In addition to what you were told keep in mind how much of a pain some of these trailers can be. In my experience some trailers you can close the doors on a small hill, others require you to be on completely flat ground.

Nope no going with a trainer. I had one of our reefer guys give me some pointers for the 90 degree alley dock because I had never done the maneuver. I then practiced it. I'm under my first van load at the moment and it feels weird to pull something I didn't secure myself. The best thing so far is that my MPG loaded running 70 mph is better than empty at 65 with a curtain. As a lease operator that means even more money for me.

Today I delivered my last log cabin kit in Norway MI. I'm switching fleets tomorrow and will be pulling dryvan. Although I will miss flatbed my shoulder will not. Lol.

My student watching our truck be unloaded. 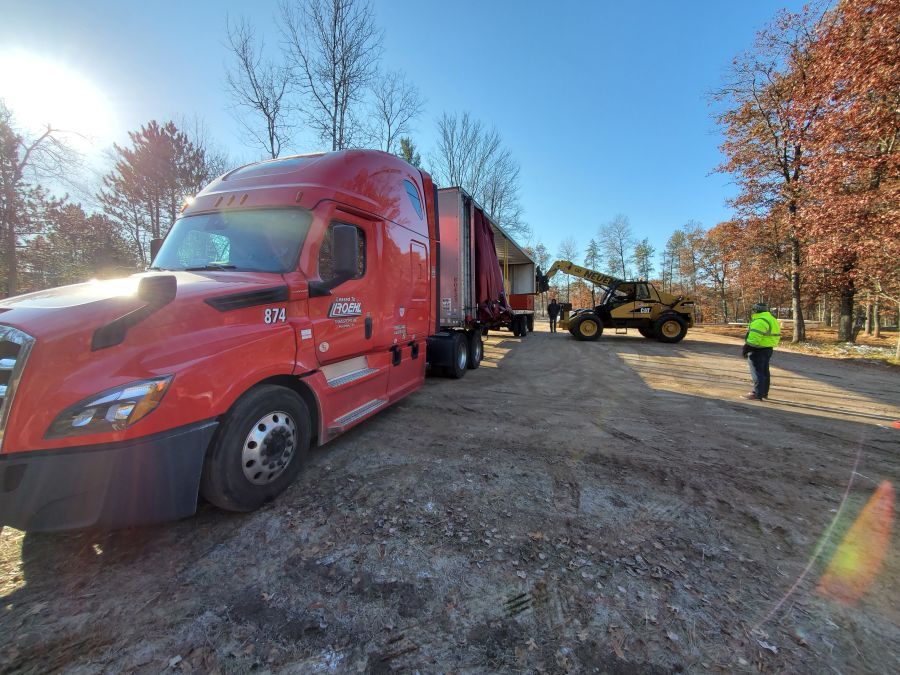 A look down the dirt road i came up. 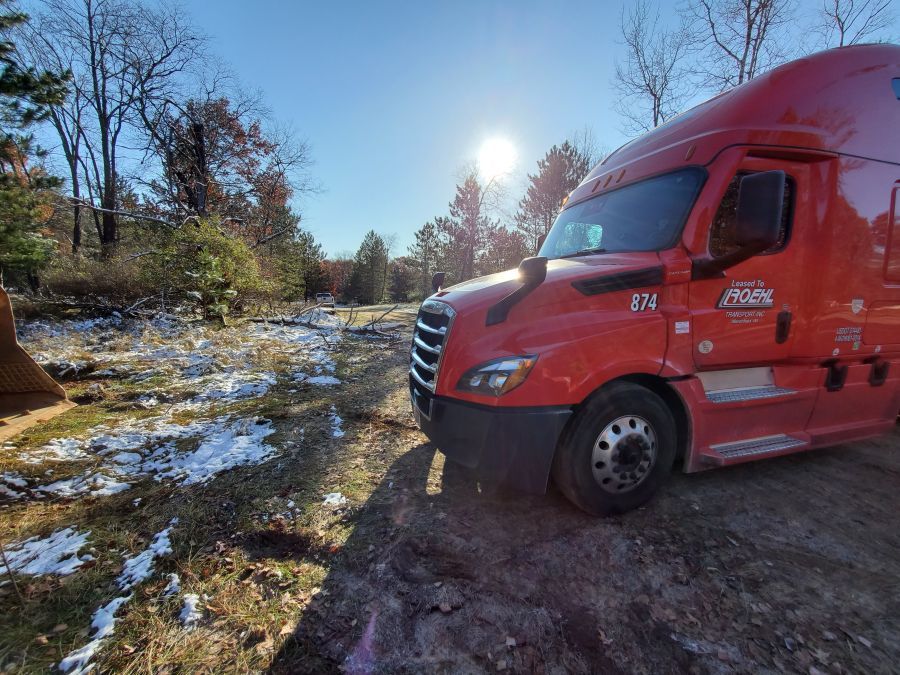 So after a year of flatbed I'm becoming a door swinger due to a previous shoulder injury acting up. Any tips for pulling a van after being used to a flat?

Wanting to become an Owner/Operator

Maybe instead of going straight for your own authority, look at companies that offer a lease program. I just started lease at Roehl. It will give you a chance to learn how to run your business before being thrown to the wolves. Roehl's lease program is a walkaway program which means if I find that lease isnt for me I just bring the truck back to the terminal to have lease decals removed and I can go back to being a company driver. With the questions you have asked it appears you need to do a lot more research before deciding on a truck. Good luck with whatever you decide.

They usually try to put you with a similar trainer. However swinging a door is swinging a door from a driving point of view. There is a rare chance you may end up with a curtainside trainer like me but that is only if there aren't any van or reefer. If you end up with a curtainside trainer if you can back a spread axle your reefer will be a cake walk. Lol. Good luck!

New to site with a few questions, re: Career change

If your interested in Paid Company Training, Roehl is a good choice. We have a terminal in Grand Prairie just outside of Dallas so getting you home when you want would be easy. As the others have said there are drivers older than you on the road. The big thing is based on your physical fitness or just how much you want to do physically will determine what kind of driving you get into. For instance if your not interested in dirty physical work, i wouldn't recommend flatbed. Good luck on whatever you decide.

As a flatbed I sometimes feel reefers search us out to park beside at night. Lol. However after about the first week it no longer bothers me. Besides most of the trucks with tripacs are louder than a reefer anyway.

Thanks everyone. I thought about buying a few sets as they take up less space and weight than actual chains. Plus they seem faster to install. I about got smashed in the Rockies last winter by FedEx while putting on chains after a truck in front of me stalled out on an icy hill.

I was wondering if snow socks were acceptable replacement for chains in states with chain laws? I figured I would ask the accumulated knowledge here before actually making phone calls.

Drivers that don't have an APU on the truck !

Our trucks at Roehl are clean idle certified. So often times our exhaust is cleaner than the air it pulls in. Lol

Thanks everyone, didn't realize companies switch it up so often. The reason I ask is because in my experience with the major truck stops (albeit non-trucking experience) Pilot/Flying J seem to be the nicest.

They are also some of the nastiest. It all depends on where the stop is located. In my opinion Loves and Petro are the cleanest. Most companies fuel where the best price is and what is on your route. At Roehl we have deals with Pilot/Flying J and TA/Petro and Loves in which we get a discount off the pump price. But we still look for the lowest pump price out of them. Regardless of where you fuel for the most part you pick where you park for the day. Ive fueled at at a Pilot and driven across the street to a Petro to park for the better food options.

I don't know about other companies, but at Roehl if they are paying for the room it is considered the same as their property so the same rules apply as if you were at a terminal. It isn't free time if the company is footing the bill. Good luck in the future and don't give up.

Direct tie down ( from trailer to cargo or trailer through point on cargo and vac to same side of trailer) gives you 50% of WLL on item used. Indirect (from oneside of trailer of through or around cargo and to the other side of trailer) gives 100%. Whatever the weakes point between chain ratchet and anchor determines your actual WLL per securement device. Aggregate is the sum of all securement devices and must equal at least 50% of cargo weight. It must also stop movement in all 5 directions.