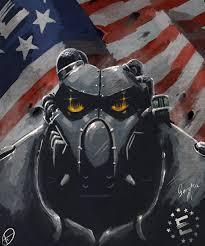 Democrats like to eat and buy things just as much as Republicans. Don't give it a thought. Trucks roll and deliver goods under all kinds of circumstances. It's hard for some to understand, but as a trucker, I made more money during a "pandemic" than I had during the "best of times."

Any trucker worth his salt will find they can prosper while disregarding the mad obsessions some folks have with the nation's current affairs. You have a fair question, but it's only because you are new to this. Don't let politics keep you from enjoying this rewarding career. Truck drivers control their own destinies. Career politicians control far less than we give them credit for.

This is the most honest answer I have ever gotten, Well said bud, well said. Cheers

I'm not trying to bring up politics but I am curious on what the impact would be in the trucking industry between Democrat and Republican governments. I'm interested in some insight on both worlds or if neither has any impact at all!

Packrat I will do my best to watch it with the language, I am not here to make problems or come off obnoxious in any form at all. Just looking to better my self in trade as well as a human being.

Thanks man I will look over the starter pack for sure to get a better judgement. I will also make sure to have something ready to go before I put in the notice with my current job. Getting my CLP is like the first phase cause I got off my ass and did it and now it matters on what comes next to obtaining my CDL so I can gtfo and drive for a living.

Boil it down -- what do you LOVE about trucking?

I'm considering making the same switch to get out of current job and becoming a otr driver cause to me I sense a romance to driving otr. From what I hear from most truck drivers there is the good, the bad and the ugly being in this industry and having the ability to conquer each scenario is rewarding in it's self. That's what I found to be passionate about truck driving is the fact that your out surviving on a daily bases to do a job. Truckers are f'cking Warriors!!!

Well I am just going to toss everything up on the table and see what kind of feedback I will receive but I am considering on pursuing in getting my commercial drivers license so I can leave my retail job of 9 years. Right now I am studying the for the AZ CLP test to obtain permit and then after that I need to decide where to go from there for which I will put in my notice at my retail job and during the notice I will be finding a company with a training program but I'm a kinda lost on which one will suit my needs such as not worrying about bills being late and being evicted during my training cause I can see it for being a distraction while being away and such especially when I got my family to support hence why I am considering this. I would appreciate any feedback, advice or general comments on the tread.