The working load limit of all components used to block cargo from forward movement must be 50% (or more) of the weight of the article being blocked.

The most important securement task is to prevent an article from moving forward, and the best way to prevent forward movement is to immobilize the cargo. 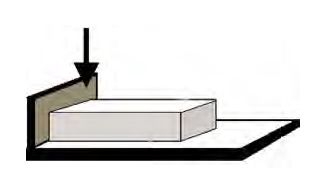 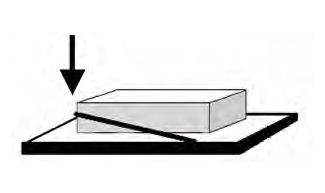 A direct tiedown can also be used to secure cargo against forward movement.

Some manufacturers mark their manufactured tiedown assemblies, or components, with a numeric Working Load Limit value. In the absence of other information, this value should be used as the working load limit of the component or assembly.

Other manufacturers mark components using a code or symbol that is defined in a recognized standard. For example, a piece of grade 7 chain may be marked with a 7 or 70, in accordance with the standard of the National Association of Chain Manufacturers. The standard then gives the Working Load Limit for that piece of chain, depending on its size.

Note: If markings cannot be read, the tiedown will be considered unmarked.

Carriers should try to purchase and use components that are rated and marked by their manufacturer. That way, the carrier, driver, shipper and inspector can all verify that the proper equipment is being used for the job.

Note: Friction mats provide a resistance to horizontal movement equal to 50% of the cargo weight that is resting on the mat.

Articles of cargo that are placed beside each other and secured by side-to-side, indirect tiedowns must be either: 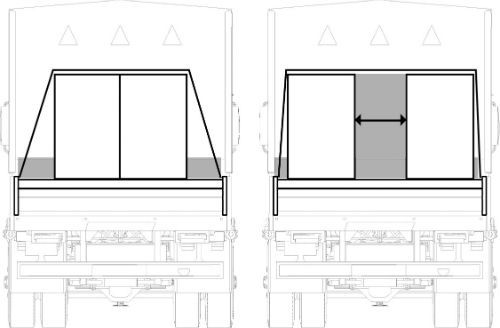 Some tiedowns lose their initial tension very quickly in normal driving if there are gaps between articles. Articles must be placed in contact with each other to ensure that there are no gaps, or must be secured by some means to prevent them from moving towards each other in transit.

This requirement applies to all layers and stacks of articles that are loaded across a vehicle. 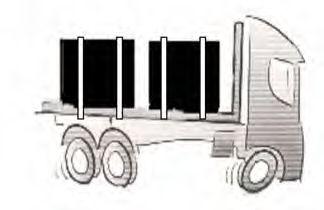 Where two or more long articles (like metal ingots or bundles of reinforcing bars) are loaded lengthwise on a vehicle, if the space between articles cannot be filled with other cargo or blocking, transverse tiedowns can be wrapped around each article to immobilize it against side-to-side movement.

A strong wall-like structure placed at the front of a flatbed trailer (or on the rear of the tractor) used to protect the driver against shifting cargo during a front-end collision. May also refer to any separator within a dry or liquid trailer (also called a baffle for liquid trailers) used to partition the load.

What is the minimum WLL used to block forward movement of cargo weighing 36,500 lbs?

The working load limit of all components used to block cargo from forward movement must be 50% (or more) of the weight of the article being blocked.

Next
In cargo securement, bracing is:

Prev
Next
It is accepted that friction mats provide a resistance to horizontal movement equal to:

Note: Friction mats provide a resistance to horizontal movement equal to 50% of the cargo weight that is resting on the mat.

Prev
Next
A friction mat is used to:

Prev
Next
By definition, what is a wedge?

Prev
Next
What is a rub rail?