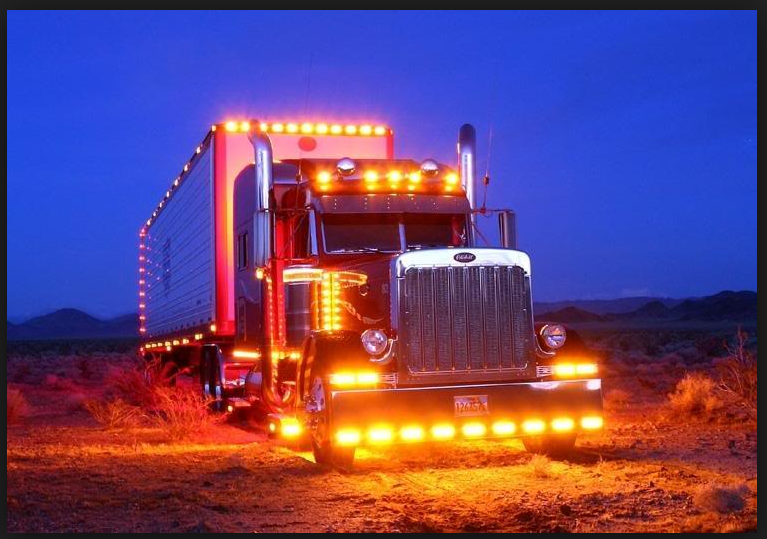 I love driving and traveling the country, so seeing it from an office, so to speak? Yes!

I might add more to this later on, thanks for stopping by :)

My opinion is that you'll be okay with another company. Explain how much time you had to back. Don't give up at all man. There's many companies that would give you a chance.

Yes, I left Prime yesterday. Home now! Good news is, nothing bad to say about the company. I was just lucky enough to land a local route with another company where I'm home every night. Just had to say, after these few months, Prime has been good to me. Wanted to let any newbies know. They do run you hard, they are pretty well organized and I'm happy to have gotten my CDL with them.

@Rick - I was living in Jacksonville. They don't mind Orlando either.

Totally forgot about this - been out on my own for almost a month now! With doggy, gaming computer and my good ole music! Loving the road. Girl might tag along someday.

Prime is great, and I love their support.

Well, after training, then passing my pretrip, backing and roadtest - I've been on TNT for a few days now.

The entire process has been great, and I've certainly been treated fairly and kindly by everyone here.

Prime has been wonderful so far and I don't regret choosing them. I'm glad they don't force us to drive in snow that's bad :) and no pet deposit wooo!

When you burn the terms in your head, try to do so while looking at pics of what you need to remember, like actual photos of the parts. That way, you'll remember easier when you see it, in case you forgot it during the pti.

I found it easier memorizing it in sections, then moving on to the next. You may even have dreams about it. lol

Truck wedges itself in Paoli bridge, causing it to collapse

Have fun with it, you'll learn easier :) goodluck!

There are some people who do show appreciation. Like yesterday, in a small tiny town over at Oregon in the cold night. Truck stop was so small, only 8 of us fit. Heard a knock on the door and a kind couple, made all us truckers hot chocolate and gave us big stockings. Inside were homemade cookies, toothbrush and paste, cleaning supplies, candy, breathmints, tissues and canned food. I'll never forget that :)

So, it's been a while! Kind of jumping to the next chapter lol, but I'm on my 3rd day out with my trainer! I've been doing a lot of driving and finally got a good alley docking at the place we're at.

Anyway, trainer is a super cool guy. He has 9 years on the road and we get along great. He's training me pretty well! Being a Floridian, I've never driven in snow or mountains (or 20 degree weather), although I just did Parlay in Summit near Park City coming to Salt Lake today. Little nervous but did perfect down those grades with good instruction :)

Now we're at our receiver, just finished unloading and waiting to hear back from Prime.

So far the company has been great! Good teaching and people. Love the feel of the terminal and help you get around the entire process. Don't really have anything bad to say about the company. Recommended for sure!

Things happen for a reason, might be best! Didn't sound too safe anyway, just look for something else and don't quit.

Sat through a health benefit class, wasn't exciting lol. The rates are okaaay. But it might vary from each individual to the other.

Those who haven't gotten their CDL are still heading out for testing. They want you to test everyday from the 2nd day you're here, that way you can pass it. I really urge that you do. Don't procrastinate with it, it'll stress you out. Lot of other stuff to focus on.

Others like me, are using the truck outside, in the hotel parking lot to study the pre-trip. It's an actual Cascadia with a small trailer, so we can learn the parts. It's open too, so that way you can look inside the hood and cabin. I'm using a forum thread here and YouTube, burning it in my memory. Don't watch the video with the woman in a bikini showing you pre-trip, you won't learn much about the truck in that one.

The meals are still pretty great, good variety for lunch and dinner, more than breakfast. Can't complain. We were just told we'd be given new meal cards tonight for next week! :)

The sim labs are still going on. Instructors are on top of what and how you function. Everything from proper clutching, rushing, nervousness. They help you with whatever you're seeming to have difficulty with.

Luckily, my roommate is awesome. Clean. Respects my stuff. Neither of us has had any issues with sleeping, stealing or anything like that. Hopefully you'll have the same.

Also, don't be dumb. This guy decided to turn around and spit on the floor in the cafe. Yeah, he went home. So did the person that was flirting and staring at the cafeteria women too much. As well as the person who was late to class 2 minutes 2 times in a row. Don't be that guy/girl. Try your best here, it pays off.

@Brett - Thanks man! My attitude won't shift, I've been wanting this for a while now :) and the students and instructors here, getting along with them all!

@BamaPride - I've spent only the 155$ they ask for the training cost and permit. I've not spent 1$ more since then. The meal cards they give you (3 meals a day) have been increased to a little over 7$ each meal, (think the breakfast is 6$) and I always have a little left over money. As for hands-on learning, only have been doing the simulator lab so far, which is top of the line equipment. We go this week/end coming up to the real trucks, learning how to back them and etc. I'd say it's pretty hands-on. Lot of study material given to you as well. Shuttles that take you around for free. 24/7 Walmart a block away, too.

My decision was based on the school, pay and equipment they provide you, such as the trucks and APUs. All of which seem to be great. That and I can take my dog with me ;)

@Rick S - Right where you are, actually. Pembroke Pines area.

So far, this experience is just great :)

The instructors seem a little strict, but I like that. They do care and you get a sense of it. Got here Monday the 7th and I've already passed all my CBT's, 2nd part of sim-lab and most importantly, passed my CDL written exams on the first try. What also helps, is having a good bunch of people to hang out with and support along the way, too. Even had a great conversation with a driver in the cafe who has over a million miles and learned some good tips. I have nothing bad yet to say about the training and ways they have us go about all this. Looking forward to each day!

Thanks to TT and it's members, (and especially to those who are part of Prime). I've researched, lurked and read around these forums for about a year before coming here.

Taking new student in a month

Pretty cool man! I don't know if our time will match up, but I'm on Greyhound next weekend, to be in Springfield the 7th of December. Super excited! Finaaaally!!

I'm so small that I'm probably going to be fine either way, but I loved that little desk thing in the FS FL's that comes out. Perfect drawing table :D

Yeah, I've been thinking a lot about it. Definitely will be fine with a lightweight International, at least. But it's nice to hear that, thank you Chris :)

Nice! I'll be there with you, same date here! My mother is the same way, but she's supportive, so it helps. Just gotta reinforce that it's something you want to do and will be happy getting into! I also agree, this forum helps, a lot! I'll see you there!