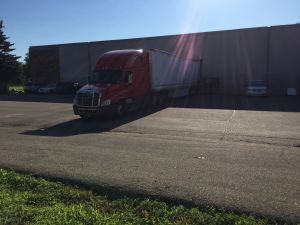 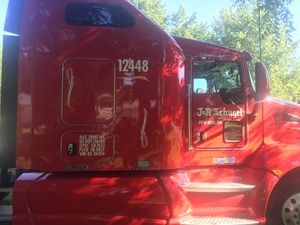 I used personal conveyance to move over to the truck wash today to try to conserve the hours in relation to my split so that I can have more options after I am loaded this evening.

I would be careful using personal conveyance that way. You could be in trouble if you get caught.

What kind of tunes yall like to listen to OTR?

I found a app called radio garden that you can listen to radio stations all over the world. Search the App Store for it.

So much for preloaded trailers

I arrived at my shipper last night about 22:50 for a drop and hook. They told me it wasn't loaded yet, and gave me a pager for when they had door open to load me. I went in my bunk waiting for the pager that never went off. when I woke up, everyone was gone and the place was locked up. When the morning shift showed up, they were not happy about it. They told me to back into a door and loaded me. when I was loaded, I went in for my paperwork, and found out they loaded the wrong load. Lucky for the other driver from my company that showed up about that time. It was his load on my trailer. He took that one and I am being loaded now.

The good thing about being a company driver is the detention pay I will get for this. That is about 12 hours waiting.

I requested a non smoking trainer when I started. They gave me a smoker. I should have got a different trainer. I suffered through it just to get it over with. I do not recommend anyone do that.

Am I missing something? I thought a 34 hour reset was optional, not required by law.

I use a bucket of warm water with dawn dish soap. It takes everything off.

Which Companies Hire New Graduates straight out of CDL School ?

Http://www.jrschugel.com/drivers-student-drivers That is where I started out of school. Great company. I only left because of my own stupid screw ups. They just bought out super service.

Some of those delays may feel like sittin it out till next spring. I got caught several times in 10+ years in the big town of Laramie Wy. cause the freeway was shut down. Your only hope is that the Wendy's doesn't run out of food. It's seems they never run out of ice cream though, da!

That is why I always have enough food in the truck to last a week sitting if needed.

The community college that I got my cdl from is now offering an 80 hour non baffled tanker class. They require a year driving experience before the class. Is there really that much to learn on a tanker? They said it is filled with 50 gallons of water for training.

I remember watching that video. If I'm remembering right the driver was complaining that after he completed his 10hr break his dispatcher told him to take another 10hr break because they didn't have a load. So after a 20hr break he is sent a load, but he was up for the past 10hrs and is now tired. So he catches himself falling asleep going down the road and pulls over.

Dispatch is ****ed that this driver just got off a 20hr break and is claiming he is to tired to drive. Told him to get out on the side of the road and run some laps or do some jumping jacks to wake up so he can drive on.

Failure by the driver to plan and be properly rested.

Failure by the dispatcher to try and force a driver to drive in an unsafe manner.

Bad situation all around.

There was a Video of a fellow, who was told to Drive when he was MicroSleeping. I am not saying how he set the stage for running was right, that's on Him... but his carrier would not have fixed a serious problem with their Night dispatch or their safety department if he had not taken the steps to make it Public. As a Solo Driver we have little power. But These folks are giving us a Zetgeist, a United Public Persona & voice.

Big Ups to my YouTubers. Who's Driving Hard? #Cheers

That would work good if you could go past the fence. you have to do it without passing the fence. I tried that once, no room to swing through the gate.

The address is 925 Decatur ave n. Golden valley , mn. It is called Ferguson. It is the only dock you can get to in the back of the building. Tell me how I got in there. 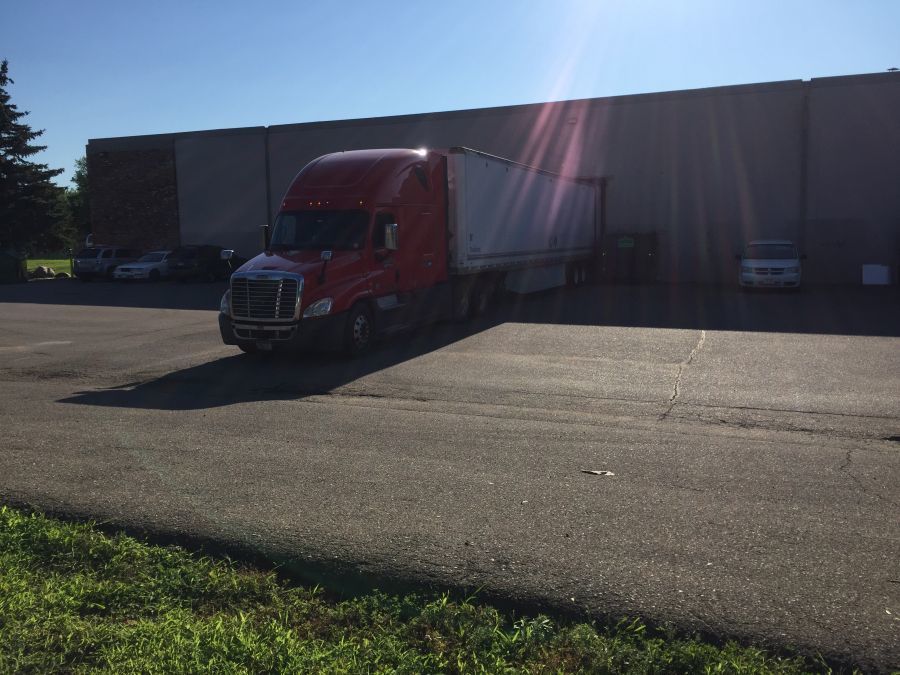 I could not believe it.

My question is, what are some funnies you have seen?

I have seen that stuff a few times. never nice.

I got it to work. my fire pit in the backyard.

How do you feel about driver facing cameras?

This is why I welcome the driver facing camera. It saved me that time. The safety director said that I did everything the way it should be done in that situation.

I now work for Bay and Bay. I am doing a dedicated UPS account, hauling Ferguson supplies. It is based out of Waterloo IA. I never go east of Ohio. It is mostly Mn, Wi, IA, and ND. Sometimes I go to Nebraska. It is only Ferguson stores I go to. If anyone doesn’t know, Ferguson is a plumbing and heating supply store. Some of the stores are really fun to back into. I will find that bad one and send in a backing practice. The best part is that I am home every weekend. Most of the time, I have a full weekend. And I still get 2500-3000 miles a week.

I haven't been on here in a while. I almost quit driving the way I was screwing everything up. I had to take time to concentrate on driving and get better. Some people say I take turns too wide now, but at least I don't hit anything. I am getting really good at backing now. I am at the point now where I should have been a year ago. It just took me longer to get there.

I am now working for a different company on a dedicated account, just running the upper midwest. I am home every weekend, still running about 2500 miles a week.

This is why we slow down around exits and corners.

A Critical Piece in The Puzzle of Success at Trucking

even if it means you sometimes get stuck doing something you don't want to.

Like that blindside backing off a busy 4 lane road in downtown Chicago IL. it payed off though, my next load was 2100 miles to Stockton CA.