Page 1 of 5 Next Page Go To Page:
Marc Lee's Comment

The driver says that that his boss told him to falsify his log books and that he was afraid that he would lose his job if he didn't obey.

This week, a Texas jury awarded a semi truck driver $80 million for his involvement in a fatigue-related crash after he was reportedly forced by his managers to alter his log book to cover up the Hours of Service violations.

The settlement stems from a crash that happened on May 6, 2015, on northbound I-59 in rural Alabama, according to court documents. Lozano reportedly fell asleep at the wheel and rear ended another semi truck, causing him debilitating injuries.

Lozano’s legal team argued that the truck driver should never have been behind the wheel.

ON OR ABOUT MAY 3, 2015 AT APPROXIMATELY 3:00 PM, PLAINTIFF, LAURO LOZANO, JR. (“PLAINTIFF,” UNLESS OTHERWISE INDICATED), A LICENSED COMMERCIAL DRIVER, HAD JUST RETURNED TO A TRUCK DEPOT IN MCALLEN (THE “YARD”) AFTER DELIVERING A SHIPMENT TO SAN ANTONIO, TEXAS. THE TRUCK DEPOT IS OPERATED BY ONE OF PLAINTIFF’S EMPLOYERS, JNM EXPRESS, LLC. JORGE MARIN IS THE OWNER AND MANAGER OF JNM EXPRESS, LLC. AT ALL RELEVANT TIMES, PLAINTIFF WAS ALSO EMPLOYED BY OMEGA FREIGHT AND ANCA TRANSPORT, TWO ENTITIES SUBJECT TO THE CONTROL OF JORGE AND SILVIA MARIN. AFTER CHECKING IN AT THE YARD, PLAINTIFF RETURNED HOME TO REST. FEDERAL LAW REQUIRED PLAINTIFF REST A MINIMUM OF 34 HOURS BEFORE RUNNING ANOTHER LOAD. TO ENSURE THESE REGULATIONS ARE ADHERED TO, FEDERAL REGULATIONS ALSO REQUIRE DRIVERS LIKE PLAINTIFF TO TRACK THEIR HOURS OF DRIVING AND RESTING IN A LOG BOOK. ONLY A FEW HOURS AFTER RETURNING HOME, PLAINTIFF RECEIVED A CALL FROM JORGE MARIN, INSTRUCTING HIM TO DELIVER ANOTHER LOAD BROKERED BY DEFENDANT OMEGA FREIGHT. PLAINTIFF RESISTED, TELLING JORGE MARIN HE HAD ONLY JUST RETURNED HOME FROM THE LAST RUN TO SAN ANTONIO, AND THAT HE COULD NOT SAFELY OR LEGALLY DRIVE THIS LOAD. JORGE MARIN INSTRUCTED PLAINTIFF TO ALTER HIS LOG BOOK TO MAKE IT APPEAR AS THOUGH HE HAD TAKEN THE 34-HOUR REST PERIOD, AND INSTRUCTED HIM TO RETURN TO THE YARD THE NEXT MORNING TO RUN THE SHIPMENT TO MARYLAND. FEARFUL THAT HE WOULD LOSE HIS JOB IF HE DID NOT COMPLY, PLAINTIFF CAME TO THE YARD AT APPROXIMATELY 5:00 AM THE NEXT MORNING AND SET OUT FOR MARYLAND.

It was while he was traveling east through Alabama on the way to Maryland that Lozano was involved in the rear end crash.

BS lawsuit. Regardless if the employer insisted he run it it's the drivers responsibility to obey the law. If an employer tried to tell me to break the law by altering my logs I'd quit on the spot. There are plenty of driving jobs to risk safety. I really hope that driver was still held responsible for the accident.

I too call BS.

Sorry but if I’m so tired that my senses and reflexes are compromised I’m parking it. The company? My cell phone would be on DND. The guy had no backbone.

Never have I been forced to run if too tired. Never. Funny how you never read that about Swift on the other inter web sites.

Reminds me of the old woman who got 2 million from McDonalds for spilling hot coffee on herself.

Anybody still want to start down the O/O path? Liability issues are never predictable and have crazy outcomes.

So if I’m reading this correctly, he was off for 14 hours prior to getting started on the new load, the one where the crash occurred. I cannot understand a bunch of this story, this includes the driver not holding his ground, the company owners asking him to falsify logs, his being awarded for lying... OMG! All three of them should go to jail forever. The country is headed down the wrong path and has been for years with no end in sight.

So if I’m reading this correctly, he was off for 14 hours prior to getting started on the new load, the one where the crash occurred. I cannot understand a bunch of this story, this includes the driver not holding his ground, the company owners asking him to falsify logs, his being awarded for lying... OMG! All three of them should go to jail forever. The country is headed down the wrong path and has been for years with no end in sight.

I believe it said he dropped his load at 3PM and a 34 hour reset was required. A few hours into his 34 he was told too falsify the 34 hour reset and deliver the load which he started to do the next morning. Don't recall seeing any other relevant times.

Gotta wonder how the jury concluded he was the victim rather than one of the perps... AKA "co-conspirator"! It would be interesting to see the rest of this story... DOT/FMCSA actions, civil damages awarded to the (sounds like) innocent driver he rear-ended, etc..

May sound like McDonald's coffee case (I believe that one was significantly reduced (but to a still healthy amount) on appeal).

Things have never really been the same since O.J.'s acquittal!

The primary person a driver communicates with at his/her company. A dispatcher can play many roles, depending on the company's structure. Dispatchers may assign freight, file requests for home time, relay messages between the driver and management, inform customer service of any delays, change appointment times, and report information to the load planners.
Daniel C.'s Comment

Am I missing something? I thought a 34 hour reset was optional, not required by law.

It is always optional. If a driver is only getting back less than five hours a day on recaps for more than a couple consecutive days, it will usually make more sense to take the 34 hour reset, then start with a fresh 70 hour clock.

That was another part of the article I was speaking of that I could not understand. It’s another news story that leaves the reader wanting more. Unfortunately, we seldom ever get the entire story, let alone most of the facts. All we read are cause and effect, not how we got there. 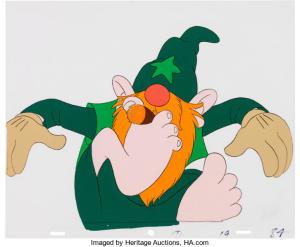 Ok, I might be showing my newness, but how do you falsify that on the federally required eld? Paper logs, sure, but ELDs are a different animal, yeah? Also, I hope the other driver (the guy he hit) gets the whole thing.

The lawyer for this idiotic (modern american worker) "driver" should win an award for pulling the wool over SO MANY EYES!!! 80 million for being a spinless idiot who was unwilling to do the right thing and nearly killed someone.

DOT Electronic Logbooks FMCSA Logbook Questions
Click on any of the buttons above to view topics with that tag, or you can view a list of all forum tags here.