I have so much to learn. I know I could Google but would rather it hear it from one of you guys....

Worth noting: When I worked there they did everything in their power to get you home, but occasionally (very rarely) things would happen. Sometimes you would get home on the weekend, but not long enough for a 34 (i.e. get home Saturday afternoon and have to leave Sunday afternoon). Sometimes you would just have to a run a weekend. Also, sometimes you might WANT to run a weekend here or there to make extra money. So while typically you won't have to worry about it, still know it because it will come up from time to time.

Does TMC allow you to recap from your previous week if you choose to stay out? Or if you cannot be home long enough to take a 34?

They were fine with it when I worked there, and sometimes you had to recap if you stayed out depending on what kind of load you got over the weekend. That said I haven't worked there for over 2 years now so things could be different.

I have so much to learn. I know I could Google but would rather it hear it from one of you guys....

Worth noting: When I worked there they did everything in their power to get you home, but occasionally (very rarely) things would happen. Sometimes you would get home on the weekend, but not long enough for a 34 (i.e. get home Saturday afternoon and have to leave Sunday afternoon). Sometimes you would just have to a run a weekend. Also, sometimes you might WANT to run a weekend here or there to make extra money. So while typically you won't have to worry about it, still know it because it will come up from time to time.

Taking bicycles on the road

I hope this is OK to post, please feel free to delete if not. There is a Facebook group for trucker's with bikes. I bet they could give you some useful information about how they store them.
Truckers with Bicycles

Exactly. Something I liked about it personally was it actually simplified my pay compared to some companies (surprising, I know) because there were less "other" categories. Some companies will do the "short haul" bonus where it is a higher CPM or a flat rate for short loads, and then pay less cpm for very long loads. With percentage pay that just worked itself out, because short loads tend to pay the company more per mile, and long loads pay the company less per mile. Again though, I truly believe it is personal preference and your take home won't be noticeably different.

When I was working for TMC I was on percentage pay. I always tracked total dispatched miles per load and per week and calculated what I would have made for mileage. It was almost always very close at the end of the week, usually a bit higher with percentage, but sometimes a little higher with what mileage would have been. It's ultimately just a different way to get paid and at the end of the year you'll likely be doing similar work for similar pay at any of the flatbed companies mentioned in this thread.

In this thread user 6 string rhythm talks about his home daily linehaul job he got straight out of trucking school. Hopefully it can be of some help to you.

Hey Bob
These directions should work for most modern android phones. The link is mostly explaining how to do it on a Nexus 5, but the software is the same. You will have to root your phone to do it. Often times if people root their phone without knowing what they are doing, they end up with a very expensive, non-functional, brick. So be careful. Further, while this should allow you to tether without your carrier knowing, if you are using excessive data they still might get wise to it and start snooping around. Depending on your contract they may hit you with big overage fees, or throttle your speed, or something else. I can't really say I recommend doing this, but this is how it would be done.

How to Tether Android Phones

To echo what the above two posters have said - the CDL school is really just teaching you enough to pass the test and get your license. That is going to be almost every CDL school, not just the one you are going to. That is nothing to worry about, companies that hire new drivers know this and will give you further training when you start.

Options for staying warm, which is best?

Another thing that can help (at least for part of the night) is closing the sleeper curtain and cranking the heat back there for the last hour or so of driving before you shut down. That'll make it nice and toasty when you climb into your sleeping bag, and then your body heat + the insulation should keep you warm most of the night depending on just how cold it is that night.

Just my 2 cents here. When I was at TMC orientation (this was before they had a CDL school, so everyone came in with a license) they sent one guy home for having shoulder length dread locks. They aren't kidding around about it. That said there are plenty of good companies that are absolutely fine with long hair, piercings, tattoos, and everything else (prime comes to mind, but I'm sure there are others). Both are good places to work, it just depends on what you are looking for.

Thanks for those suggestions. Couple of new ones on the list to try. Receiver does not allow overnight parking, and the three Walmarts nearby don't either. Pilot filled up hours ago. Just sucks that this load delivered when it did. Being unloaded now so hopefully one of those places will have a spot open for me.

Honestly this time of night can work out pretty well for parking. The people who run their clocks really early (3AM-5PM or something) will just be leaving when you arrive, and tend to be parked in the easiest spots since they got their when the truck stop was empty. I don't anticipate you'll have much trouble.

Rookie not getting miles....should I lease?

Is my trainer gonna kick me outta the truck?

I love that you bring your own bathroom cleaner 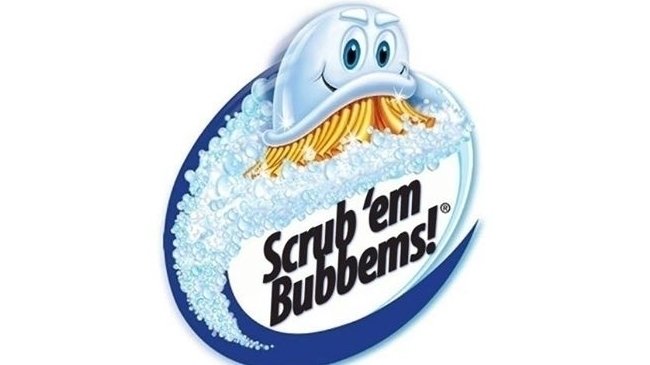 Basically you will either need to schedule hometime for election day OR get an absentee ballot. I don't live in Alabama myself, but this page seems to have good information on absentee ballots.
Alabama Absentee Ballot Information

I hate you 70Hr rule

Keep in mind you can WORK after your 70, you just can't DRIVE. Meaning, after 3:45 minutes is it possible to spend some on duty time? Maybe fuel and post-trip to bring you up to 4 hours to get paid?

Does anybody know about western express

I know Old School got his start there and has good things to say. I imagine he'll be around to fill you in. Was there anything specifically you wanted to know?

A question about dispatch

To answer your first question: "No forced dispatch" means they will not force you to take a load. That said, it is in your best interest to accept every load they offer you. This will show your dispatcher that you are willing to make deliveries safely and on time, and they will be more likely to help you out down the line.

Failed pre employment drug screen 4 THC after being off a month.

I just carried one of these around... Winch Bar

Some advice after getting sent home from orientation for a felony....

McElroy is owned by a very religious family. That may be a good or bad thing, dependent on the felony conviction.

Just been offered a local job

Something you also want to consider is how many hours per week you will be working.
Assuming 40 hours/week if you are making $15 hour x 40 hours x 52 weeks that is $31,200 / year. Kind of on the low end for a new OTR driver.
If they are having you work 50 hours/week you are making $15 hour x 55 hours x 52 weeks, which would be $42,900, quite a bit higher. I came to 55 hours because after 40 hours you would be paid time and a half.
I'm not really pushing for you to take it or not take it, I just want you to try to find out how many hours each week you will be working as that makes a large difference. Good luck with whatever you decide to do.