Profile For Robert B. (The Dragon) yes, I breathe fire and other sideshow tricks

Robert B. (The Dragon) yes, I breathe fire and other sideshow tricks's Info

Robert B. (The Dragon) yes, I breathe fire and other sideshow tricks's Bio

Robert B. (The Dragon) yes, I breathe fire and other sideshow tricks's Photo Gallery Group 1 of 7 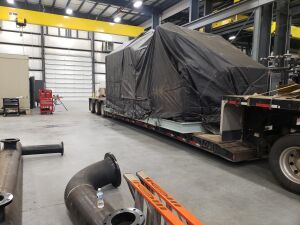 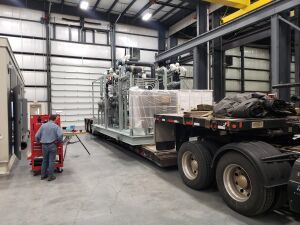 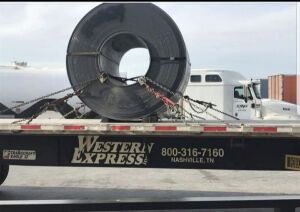 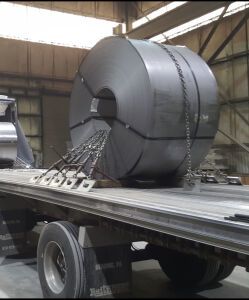 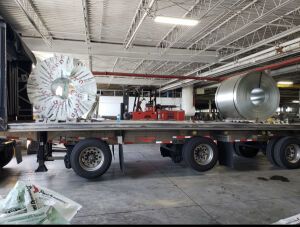 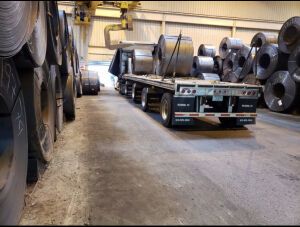 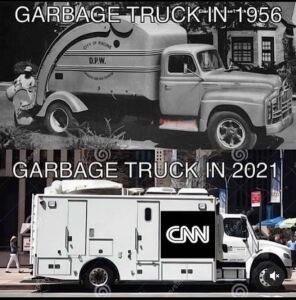 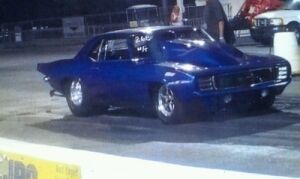 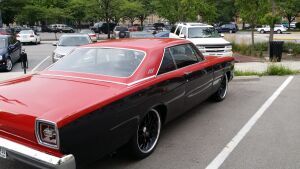 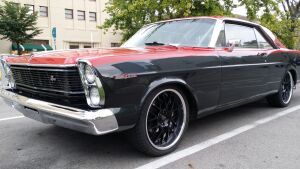 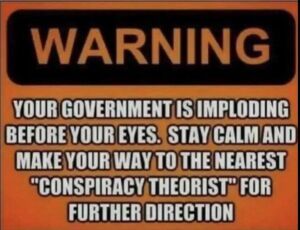 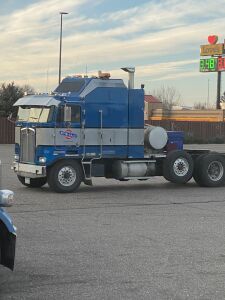 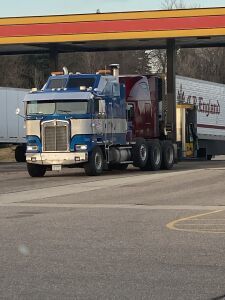 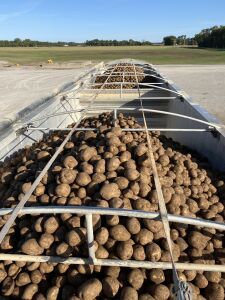 Comments By Robert B. (The Dragon) yes, I breathe fire and other sideshow tricks

Deep thoughts on the future of trucking. Part one.

Rather than going full electric, I’ve never understood why they haven’t pursued a diesel electric hybrid similar to a train. You could use a much smaller Diesel engine and I’m sure the removal of the transmission and existing running gear would offset the weight of the battery pack and electric drive motors.

I think I had a dozen or so moving blankets but also had foam pads and used bubble wrap under the foam pads to cover the gauges. What was crazy was that when I arrived, the installers were curious why they left all that stuff on there because they had all new ones specifically for the job waiting there. That was my last tarp job ever aside from rolling and unrolling the one on this hopper. 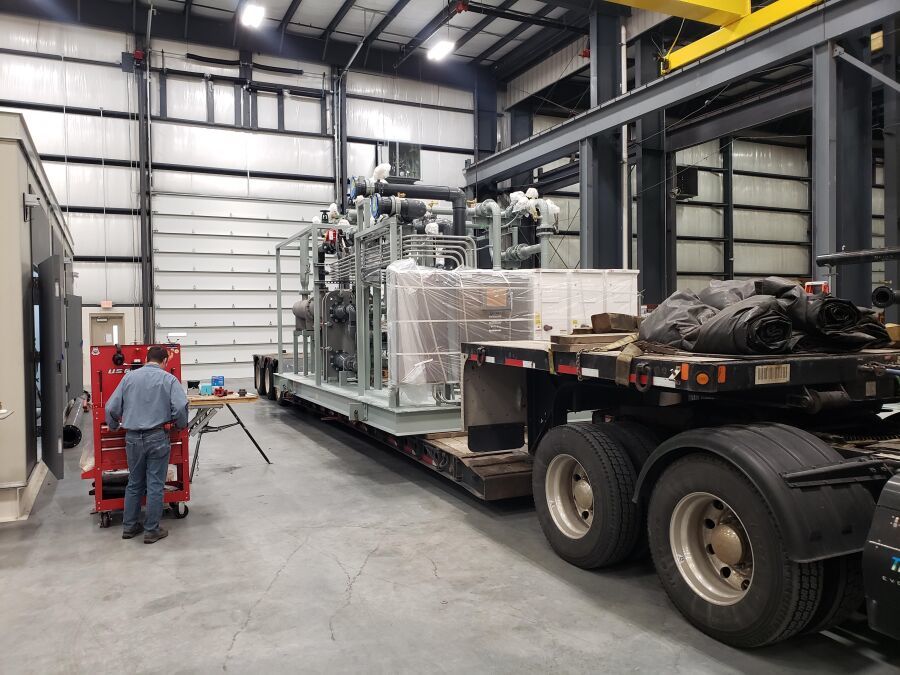 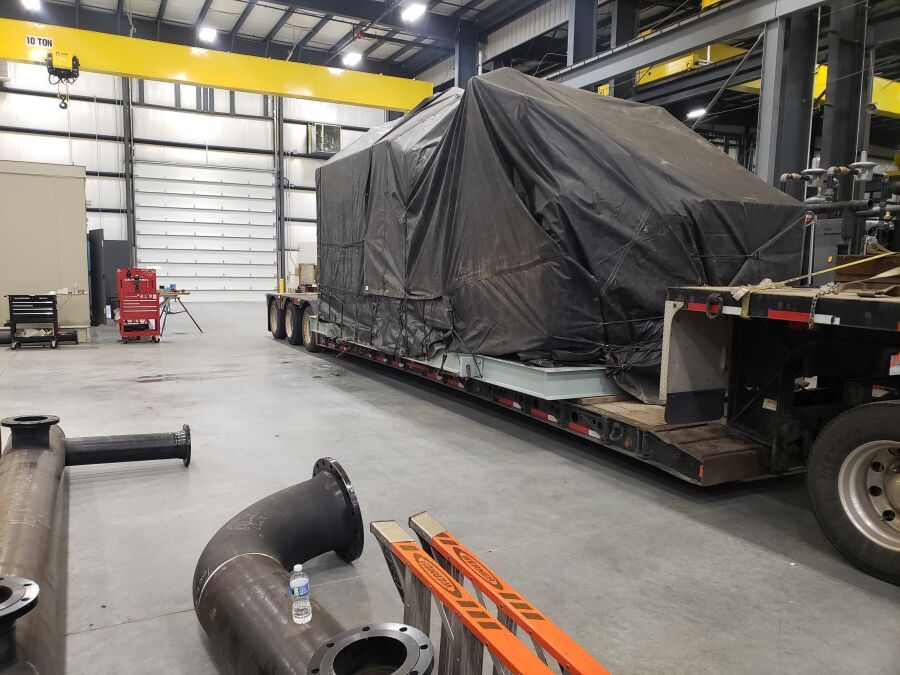 Older load but a difficult one because of all the various fittings and gauges on the top that had to be protected. Not to mention climbing up in and around all the plumbing to double check everything and feed the tarps without breaking anything.

Fmcsa does not care about your opion on Cbds

Ahhhhh the CBD conversation. Packrat is correct that many of the CBD products on the market do contain trace amounts of thc which can be picked up on some drug tests if they exceed the legal cutoff for CBD products. There are a couple versions which contain no thc but the majority of people do not search them out and generally don’t want to pay the extra money for it.

I responded. I also linked articles showing the dangers of split speed limits as well as articles relating to the fault found in accidents of semi trucks vs 4 wheelers. It comes to a point where when overall miles are taken into account, we are much safer overall than the general motoring public yet idiots with money and lobbyists in their pockets at the ATA think they will somehow have an impact. Maybe, just maybe, they should put more focus on educating the general public, rather than pointing the finger at us every step of the way.

Does anybody think the fuel prices will come down anytime soon? Or the prices of trucks will be coming down anytime soon. Everybody is obviously price gouging. But the biggest worry has to be the parts shortage. Don’t see that getting any better either.

Fuel prices will be stuck for a bit until demand goes down. The issue with chips for the new trucks and parts, that’s more of a matter of where those parts originate. There are ships sitting off the coast of China which have been waiting to unload and reload back this way for 6 months or longer. The delay is real and from the economists and logistics people I’ve watched, it’s going to be a long road before things get caught back up. Then factor in the economy, not just ours but globally, along with the tensions in Eastern Europe. I don’t think anyone can predict an effective timeline as to a return to normalcy because it’sa very strange environment right now and when talking a keen look at it, you have to wonder if the actions of governments and this mayhem isn’t intentional.

One thing I will never understand is why some companies disable the manual control on the auto shift transmissions. It seems they want to steer people towards using the cruise control function more and more and people forget when to use and not to use it. If and when the cruise function fails (and they definitely do) it doesn’t make sense to me for a driver not to have complete control over the shifting at that point. I had an instance winter before last where the roads got bad quick and the road I was on had no options to pull off, so the only real option was to take my time and make it to the next town to find a spot to shut down. One downgrade required going extremely slow and keeping proper distances between your vehicle and the one in front. Those of us who took our time made it just fine and the ones who got in a rush wound up in the trees waiting for the hook. I was able to toggle between 3rd and 4th just creeping along and rarely using the brakes to keep control but without being able to lock that transmission into gear, I can’t imagine what a horrible ride that might have been.

Used trucks are selling at a premium, spot market is in the sh•tter, overall rates are starting to fall a bit and fuel prices are rising again. How do you figure that this would be a good time for someone to take that leap? I talk to drivers quite a bit who had to completely change things up and do more local work just to keep a paycheck coming in because they can’t get fuel surcharge from brokers or in many cases have to fight customers over it. Now is the absolute worst time to consider that change.

You too!!! I’m headed to Ft Collins but shut down yesterday just before Omaha after setting a dozen laid over west of Des Moines

You can surf the waves on retention ponds in Nebraska.

There’s a Cabellas store not far from that airport. I like to stop in there from time to time to pick up things.

We run PeopleNet and it has the drop down screen for things like on duty status, I just click the appropriate one depending on what I’m doing. Technically, you aren’t required to with the new regs but it seems most companies prefer that it’s done as to not raise any additional questions. The only time I ever type anything in manually is for personal conveyance which I use on rare occasion. 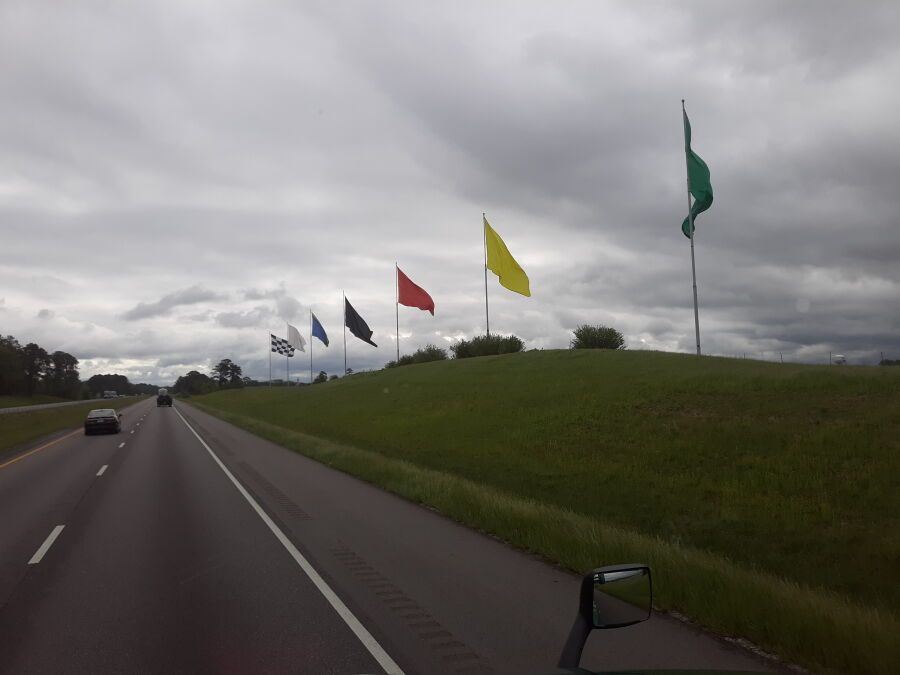 Wish I were here this upcoming weekend.

This makes me truly happy. Those walking floor trailers are a lot of fun to use and operating equipment is an absolute blast. So glad to see you’re having fun and comfortable.

Looking forward and slightly obsessing on a few things

Davy, that’s one of the cool things about the trucking industry is that you have the opportunity to experience so many different styles of freight while pulling a multitude of different trailers. I think it’s good for people to want to experience different things because it allows you to find something you may truly enjoy and without branching out, you could have overlooked it. I totally agree with wanting to get rid of that auto restriction. While the majority of your larger carriers have switched to auto shift, the vast majority of other companies out there have not and you might miss out on an opportunity. Heavy haul is and always will be my favorite thing to do. However, the drawback is home time unless you’re in a day cab doing local work. I’ve found my home pulling hopper bottom though because I’m home when I want and make very good money doing something I truly enjoy with a great company. Never sell yourself short.

It expired but there is a request in place waiting for approval. It not only applies to livestock haulers but also feed haulers delivering livestock feed to farms.

Advice on an HOS situation, please

I don’t have much time to respond right now, but if you were running low on your 71 thing you can do is see if you can edit out a little bit of that on duty time you have over the last several days to beef it up just a tad. I don’t mean cut out pretrip supposed chips or anything like that, but if you log 30 minutes for loading and unloading you could cut that down to like 15. Little things like that, just trimming of the fat, might help you make it with a little bit more cushion

Exactly. I’m not sure if he has that ability but that’s exactly what his log auditor will do.

Advice on an HOS situation, please

Run out the hours you have or very close and then call them again. You’ll be amazed to find out that they can “locate” a bit of extra time in your logs and edit it to give you enough time to reach the receiver. 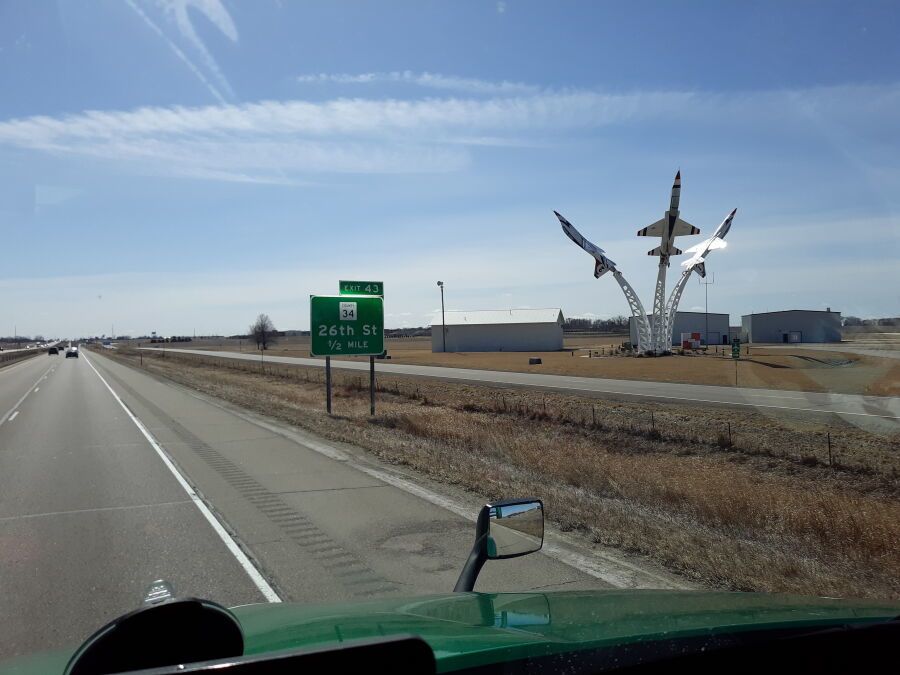 Good way to get fired

I know this is going to sound cold and harsh;

This guy does not belong behind the wheel of a CMV. Rookie or otherwise... we all learn early on: NO UTURNS!

I’m glad there were no other vehicles involved.

Bingo!!!!!! What gets me is that it’s a short trailer too and still couldn’t pull it off. (Shakes my head)