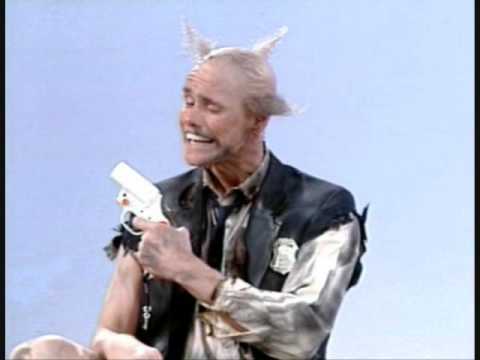 Let me show you something!!!!

It could also lead to more accidents due to drivers relying too much on technology.

New Article From Old School About Buying Or Leasing A Truck

That was an awesome article!

I've been driving a few years now and I have lost count on the number of people I've meet who use to be ownerIut operators.

The horror stories I've been told could be made into a movie. One of the new drivers in my company is trying to sell his truck off to my company to try and get out of the dept. Sad story from this guy.

I work the ports of Seattle and spend alot of time sitting at the port. I get paid by the hour. There are alot of owner operators that work the ports too. Many of the OO's I speak to there tell me the make up to $300.00 a load and sometimes more. That's great if you can get in there, out and deliver your load and return for another one in the same day consistently. Not going to happen. They say they are at the whim of the ports and shippers/receivers. Not to mention Seattle traffic. Their faces look so sad when I tell them how much I make with benifits. Approximately $50-$60.00 a day less than them.

For anyone thinking of doing it I would recommend against it unless you have a federal contract or something of that nature.

Read the article again if you are thinking about it. Then reread it until you dont want to be an OO.

The driver trainer told me when I was riding with him that he had paid over $83,000.00 the year before in fuel cost alone. He said it was about half his gross for the year. Looks good on paper right? Add his maintenance, licenses and permits, then food and other expenses it's not so good a deal to me to work 7 days a week like that.

Podcast #15: Is Trucking Worth It?

Truck driving is like anything else. You get out of it what you put in.

It is a hard and unforgiving job, one that I wouldn't do for a long time. But it is fun driving big rigs.

It gives you alot of time to reflect and plan for your own future.

All companies are not bad contrary to what is talked about on the internet.

Be honest with yourself, be an adult and take ownership/responsibility for your own actions and words, research things in the industry and take alot of truck stop talk with a grain of salt.

Dealing with the people in the logistical business may not be fun. Do your job. Period.

Just do your job 100% everyday and let others slack off. And if you can't.... Be honest and let someone know.

Communicate with everyone and your life will be easy.

Don't be like Jimmy Strothers (know it all trucker) up the street. He's super truck driver.

Make trucking fun and it will be.

Thanks Brett! Much neede info on TT.

I tend to run into the "You work for a racist company." rats.

I have never experienced that since I've been driving. Being a 6 foot tall former powerlifter probably keeps alot of that BS at bay for me. I'm sure it exits somewhere but not with any company I've been with.

Many of those "rats" are lazy and don't take responsibility for their own actions.

I always tell new drivers to listen to the person who is putting money in your pocket before someone who isnt. And then find out what works for them and work with the company before going off the handle.

My company and I work together through continuous communication so that we get the job done. Some things I won't do and some places I won't go and we've all sat down and found a solution that benefits everyone.

Ask questions, voice your concerns and work with you dispatch.

Start orientation on Friday at Werner

I worked for them for a while on a dedicated route in San Antonio Texas.

I enjoyed it but moved to another state.

They will work with you and they are a good bunch of people. I had a nice Kenworth. Though it leaked sometimes when it rained.

Its ok to be scared. Fear keeps you from doing dumb stuff... somtimes.

You may want to look for a job that pays hourly.

I can sit at a port on average 3 hours per day but I get paid by the hour.

If working ports then there will be a company that pays hourly.

Same procedures here in Seattle area. Always a stop before going out to lock down the container.

I usually try and find a place out of traffic while at the port to lock down. Been manya times when the container needed to be repositioned for the locks to work.

If anyone starts driving port using intermodel chassis remember to lock the container down.

I saw a guy dump a container the other day in Seattle after coming out of a shipper.

The fully loaded container landed about 5 feet from some occupied cars going the other direction.

Our containers run up to 70k pounds.

No injuries, thank God. But wow!

Be careful and check and recheck eveything.

"Let me show you something!!!"

Scaling After Loading, And Why You Should Do It

I use to scale anything over 28k lbs when I was with KLLM and Werner.

Now since I work ports I don't scale as much because we have licensing permits for 98.5k lbs. The other company I worked for were permitted for 105.5k lbs. I agree with everyone; never trust anyone whose not responsible for your license.

That's leaves only you.

I like doing local. Home every night off weekends and holidays.

I actually don't really drive that much.

OMG! You guys are nuts! ROFLMFAO!

If you want to stay OTR then I would recommend against a relationship starting out.

The stress of driving a truck and then adding the stress of a relationship sounds like a nuclear bomb assembly plant.

It doesn't take long to get a local or regional job in my experience. I have just under 2 years experience and have a job where I'm home every night, off on weekends and holidays.

Just be mindful of the other persons feelings about you being gone all the time... it takes a toll.

Thanks Brett for making such a welcoming and informative site for new truckers.

Thinking of taking time off

You are the only person who can say when you feel safe to drive and when you don't.

When I was OTR I had two 45lb Olympic plates, a Olympic bar 45lbs, two 35lbs kettle bells, powe band and a jump rope. I worked out when I stopped for the night and jumped rope at shippers/receivers because it was easy to take out and put away.

Now I do local and just have the jump rope. Very effective workout.

1 minute jumping rope 1 minute rest At the end of the twenty minutes you'll be exhausted.

Cut it in half in the beginning then try to work up to 60 minutes if you can.

Simplest thing for truckers wanting to get in shape

I didn't know KLLM had gone to the automatic...interesting.

Yep. Not all of the trucks. My trainer's rig was a 10-speed Frieghtliner.

My issued rig after training was a brand new Volvo automatic. Less than 750 miles on it.

VNL 780. Driver seat had massage feature so you weren't so stiff after a long day.

I didn't know KLLM had gone to the automatic...interesting.

Yep. Not all of the trucks. My trainer's rig was a 10-speed Frieghtliner.

My issued rig after training was a brand new Volvo automatic. Less than 750 miles on it.

Is it for time driving/on duty?

How much are you being paid per hour?

I work a hourly in running ports and I'm home every night.

Check with your DM and ask questions because this doesn't sound like hourly to me.

KLLM, WERNER and KNIGHT have automatics and sticks.

I would recommend learning how to properly drive a stick as it will help your future prospects for employment.

I love the automatics because there is less fatigue at the end of the day and you can switch it to manual shifting with your thumb. You can also downshift going down hill. It also feels safer.

There is a lag before the power transfers to the drives and reversing with a loaded trailer can sometimes be a chore depending on where you are docking. Rapidly slowing down is also an issue with the power transfer lag. You will have to think a Lot further ahead for an automatic than a stick in my opinion.

Learn the stick first though and transition to the automatics later.