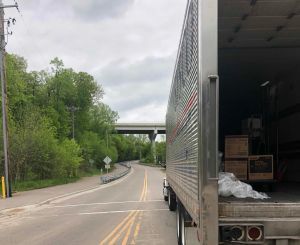 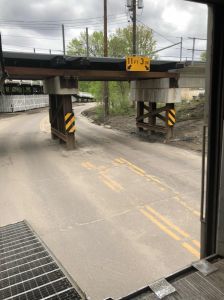 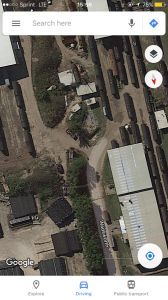 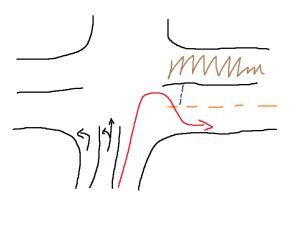 What Companies Pay you while you get your CDL?

Sysco will depending on the location. US foods probably will too.

How often do you run low on fuel for a load?

Personally I hate wood pallets; they're most often used for unis or large quantities of items that already come on wood (so that a picker can just take off 10 from the top rather than build 40 that are already on there). They're worse to work with imo. You can't go underneath them with a pallet jack without pushing it against something heavy, and I especially hate not being able to pull out from under one when it's empty. As a driver now I stack my pallets plastic, all wood, then plastic on top. Besides that, plastic pallets are a bid narrower than the wood ones we use, so when a picker builds the pallets a bit over the edge, there's less chance of them getting caught on the damn bunker door. Or in elevators.

How many times have I had a pallet of 50-100 cases collapse in a certain tiny elevator?

One of the parts I like about winter is keeping the freezer up near the door of the trailer and the rest behind the bunker. We have to keep the food warm.

How often do you run low on fuel for a load? 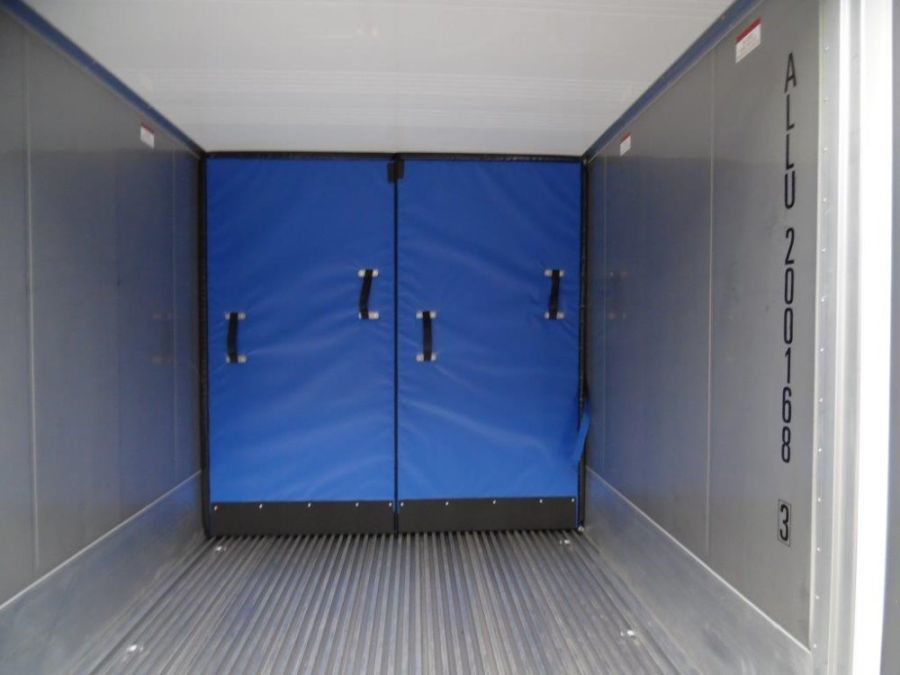 but I cant imagine these preventing a load shifting. Whenever I use one of these I'm using additional straps.

My favourite event is when a plastic pallet that's on the left hand side somehow manages to slide all the way to the right and I can't get to my cooler/dry stuff in the back because it's in the way.

I hear two things from two groups of people.

1. Senior people with 20+ years - "This is the time of the year where they start to nitpick about every little thing, so you better be careful. This happens every year in this season."

2. People around my seniority then complain they were written up for this, *****ed at for that, etc etc.

I've heard a few stories in relation to #2 at this point since we've slown down, and for me the story is basically silent. I come in, I go out, I come back with an empty truck. I hear nothing and I say nothing (Unless things happen on the route, but that's a different story). It's actually been quite peaceful, so I think I'm just fortunate there. Or maybe other people give management trouble in ways I don't know about or can't imagine because I wouldn't do it.

Between you and Rob T. , man I KNOW you guys work really hard! (And hats off to you, for doing so.)

Yuuyo now that you have over a year in are you planning on sticking with Sysco/Food service or are you looking to make a change? I enjoyed my time at Sysco (as much as you can throwing cases in the warehouse) and only left because they kept delaying helping me get my CDL. If you like that work I highly suggest staying with the same company. I've heard from many guys that bounce around it's all the same BS just different customers you service.

As of right now (and it WILL change in the future), we're not overworked. Many people are complaining they can't get that many hours and want to work more. Where when I started it was 5-6 days and 70-80 hours (And some people are confused about going over 70 but they don't realise we deliver groceries first, drive semis second), and now it's 4 days and 40-50 hours. I'm okay with that for now since I'm making $7 more an hour than when I started.

The job still sucks, but I know a lot of routes, I know how to do the job better, and a lot of the issues I'd have the first 6-8 months when I started are largely gone. Getting lost, getting the truck stuck, not knowing where to go, truck being a mess, pallets falling over, not being able to dig out or find my cases and spending 45 minutess on a 20 case stop etc.

I'm staying with it as long as I can. The challenge right now isn't about learning how to do the job any more (for the most part), but learning the union and protecting yourself from the company because this is the season where they like to get rid of people. You know, instead of keeping people who know what they're doing and help you run the company smoothly, just replace them with new people so you pay less in labour/benefits and have a more crappily run operation. I grossed 81,000$ my first year, and I hope to gross the same this year with less hours. I don't think there's that many other trucking jobs that are easy to get a hold of that will pay this amount. I have routes I like that have stops other drivers say SUCK and they won't do the route because of them. (See: Annoying retirement homes with long walks or 200 cases downstairs first thing in the morning), but for me I just deal with those stops so I can have the rest of the day be as peaceful as it can be. Same with sysco; I'll just deal with it now so I can have the pay.

I remember a few weeks ago on a saturday a newer driver (At least to sysco AFAIK) got stuck with a 16 stop route. Now I could have done it because I knew it all, but it's not the saturday route I like to do. The person who went to help him told me later he thinks Sysco was testing him to see what they could get away with in terms of workload.

Honestly I don't know if that's true or not or if they do it on purpose, but that reeks of just playing with your customers. It's not like you're giving the driver a hard/bad day, but you're having extra people wait on him. Knowing that route the way it was, it would be an absolute nightmare if you didn't know a single stop.

Then I remember one time I was on another driver's downtown route for about 4 months, and then a little while ago he said his Friday route (Which is terrible because half of your truck goes downstairs and it's not a good time) made like 3 people who were put on it quit while he was out. Well I had to do that every Friday for like 4 months.

People quit from here in the middle of the day at least somewhat often. I've heard about it a lot, but I fortunately haven't had to be the poor sucker to drive out and finish his route when that happens. I have however, had to go out and do someone else's job when they're injured or some other BS happens.

And my reward for finishing the route after I had done my own for that day was 1. Starting late the next day and 2. Being pestered about sysco drivers being slow lazy poses.

The OT can shove it, it's not worth that headache for the day and rest of the week.

How much of the country do you actually get to see?

I see the same people and the same stops in the same 50 mile radius all the time.

Why does everyone want over the road experience?

An hour or two after that snow started to hit, it got really hard to push the two wheeler through it all.

Apparently not. Any truck that can't pull a trailer with only 5,000 lbs in it from a start in second gear has some mechanical issue that needs to be checked out and fixed.

Don't forget the fact that the trailer has 20 feet less of steel on it!

I remember a few months ago driving a 2007 sterling something. On flat ground loaded with 5000 lbs in a PUP trailer, it stalled in 3rd gear coming out of a light. I don't know how I or it managed to do that one. Even in 2nd ours sound like they want to die.

Then you need to find another employer because if get that preventable on your DAC & they fire you for it, who else is going to.hire you? Quite the dilemma your in but it always a choice we make. Dont know how many options are available to you in your area but I pray that you never have to face that consequence. Stay safe.

Being in the union allows us 3 preventables per year

I think it's a habit I picked up.

This is what I made in my first full year of trucking.

I did the maths, and if I had been making the rate I am now since the first of January 2019, my total gross would have been approxamately $103,000.

Currently I'm not working nearly as many hours, nor do I want to - though that might happen again come summer time. My goal is to work less and get paid approxamately the same. I had a really really short week on hours this week, and got ~$1300. That's still around $67,600 a year, which is a minimum, so I think that's good enough.

That doesn't even include the 20 steps you have to haul their stuff up and the rough terrian to their basement. But they only order 25 cases so it's just a minor headache.

Not going there if it's snowing.

The road is closed on one side, so find a way to make that delivery! 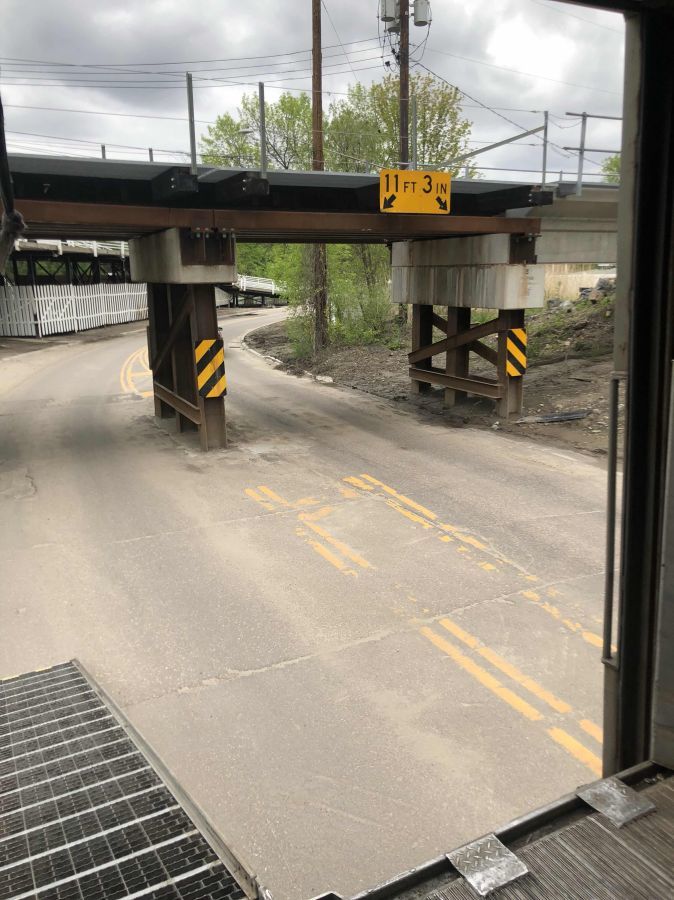 View from infront of my truck 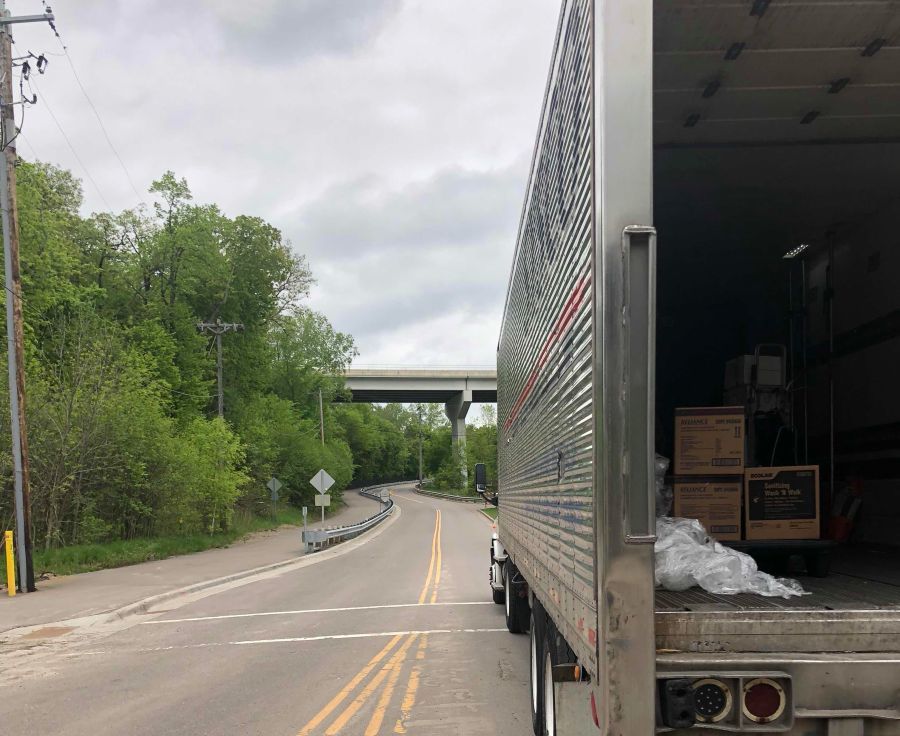 I survived one year of trucking

It's going to be a few degrees below zero tommorow. It's gonna be fun.