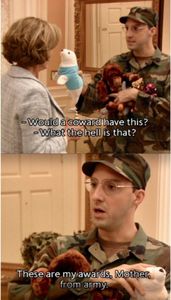 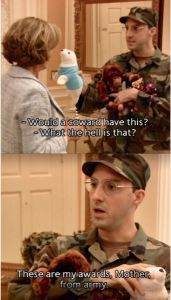 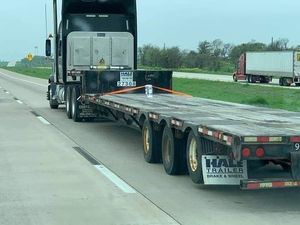 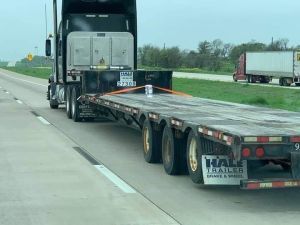 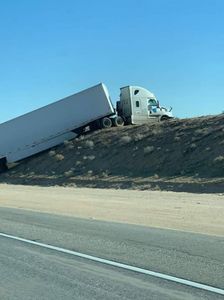 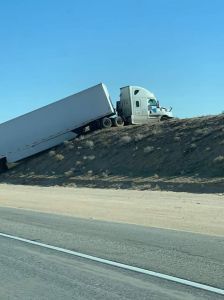 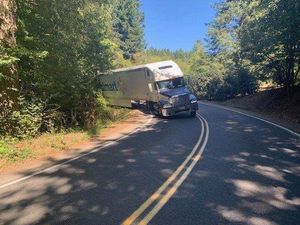 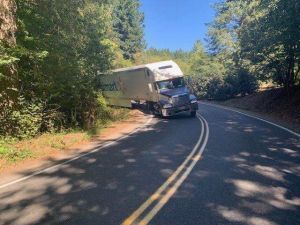 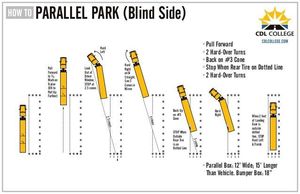 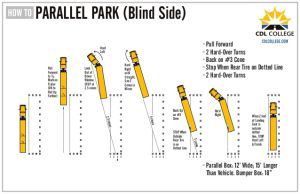 Interesting conversation with a driver

A tip I read when it comes to high wind situations is to try to park at as close to a 90 degree angle as you can, pointing in the oncoming direction.

It depends.... is it Thursday or Friday?

Well, Kearsney, driving a rig through Tornado Alley during tornado season is probably more hairy than the notion that a bad hombre might bust into your rig and night and murder you or rape you while you sleep. As a soldier, I was put out in the field all alone at night to guard the perimeter out on maneuvers. I had my M16 but no bullets to shoot anything. Typical military "intelligence". It was dark and spooky in the woods on summer night. I could hear coyotes howling nearby. I thought I saw Bigfoot even!! It turned out to just be tall dark tree trunk moving in the breeze. 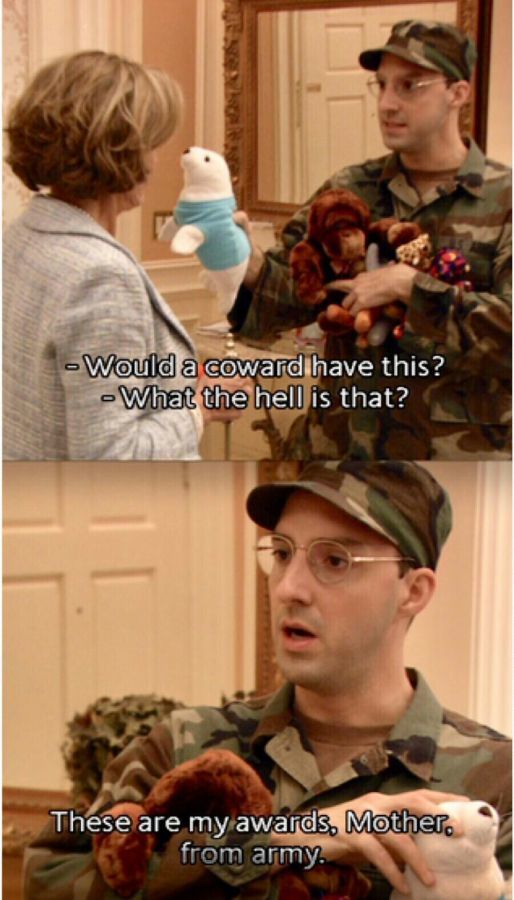 Another thread that could be solved by picking up the phone and calling a recruiter.

Seems weird. Decisions not to hire almost always come from upper management anyways. 99% Recruiters will hire any driver they can get approved.

In this case the failed applicant was rejected by the recruiter because they knew they wouldn't be able to get him approved. The lawyer characterized it as a violation of the defendant's constitutional right to due process. I mentioned it because the OP in this thread is also a failed applicant.

There's a case going through the state of New Mexico right now which would set a requirement for failed applicants to have the right to request an official review by upper management of the decision to not hire that was made by the companies' recruiters. I believe the defendant's lawyer is exploring taking the whole thing to class-action as well so that other failed applicants can seek recourse and possibly even compensation. I don't have time right now to Google the link for his office but if I recall the lawyer's name is Saul Goodman.

But i look at swift as being the walmart of Trucking .

That's why Swift is at the top of my list. My performance at Walmart carried me well. The store manager started with them as a cart pusher with no retail experience, he was ten years older than me making nearly two hundred grand. Treatment in highly successful and efficient places like these is pretty much exactly the result of what you bring into it. They tend to be more than happy to accommodate you if you bring value.

From what I've read during my time on here, the standard is to test for 90 days, and they do this based on the length of the hair sample, that they usually have a cut-off length where anything longer than one and a half inches is removed from the sample that is tested. It's based on one half inch of growth per month. My impression is testing back for six months might be hard since plenty of men have shorter hairstyles and don't have three-inch-long body hair.

I hope everything comes out for you in the end.

It says the bill was passed by Congress, but it was only passed by the House of Representatives. Congress is both the House and the Senate.

Best company with CDL training to start with?

I highly doubt their are sensors running to the tires from the camera and "activated".

Could I still get hired if I have pending charges?

we all have arguments with our wife or girls..

That's probably true, but very rarely do the police get called by them unless something is seriously wrong with at least one part of the equation. The odds are somewhere in this there was a real case of bad judgement. if it was yours, it'd be to yours and hers and everyone's benefit to not shrug it off as "everyone has this happen". The way it has interfered with your career might be the universe's sign to take it more seriously...

Therefore, I am going to start doing a weekly summary rather than a daily recap like I have been. Plus, I don’t know how much interest readers have in my detailed saga.

Bummer, man, best diary I've seen yet. The detailed "day in the life of" approach is extremely instructive.

The driver of the original vehicle, Caruso, died during the course of the litigation, but if Holownia continues to appeal, this time to the New York Court of Appeals, he intends to name as having vicarious liability Caruso's brother, Vincent Caruso, who owned the car Brian Caruso was driving.

They got me too, Jamie. I'm assigned to the same DC this week. Just returned with a backhaul of pallets after a two-stop trip up to South Dakota. Two lane most of the trip.

Snap a photo if you go to 3237, I used to stack those pallets for backhauls.

When did WalMart start flatbed?

I'm not a driver yet so I could be wrong but I believe those just followed Turtle over from Prime...

How Does An Owner/Operator Take A Vacation?

Notice the truck number on his rig. Do any of our newbies know the significance of that number?

sounds vaguely familiar, I'll have a think on it after I have a big cup of Joe... got myself tired a-roamin' and bummin' around...

The only way you can truly stop it is 100% isolation, which is obviously impossible. Otherwise, stopping a virus is like stopping the rain or the wind or the ocean tides.

I agree it would require 100% isolation in order to stop viruses entirely, at least in the absence of intel on who is infected and who isn't. But with modern testing and contact tracing, like in South Korea, they don't stand nearly as much chance of spreading like an unstoppable natural force.

South Korea had their first confirmed case on the same day as us, but New York City alone now has more than seven times the amount of confirmed cases as their entire country, even though the city of Seoul, which has seen infections, has a higher population than NYC and twice the population density.

In Germany, they've done over one million tests now, with 100,000 more each day. It's one test per every 80 citizens so far, and 93% of them have come back negative.

Taken together, they are indications to believe the virus's spread can be seriously limited by protective measures, and that, so far, at least, it hasn't been running wildly unreported throughout the general population.

The other day I showed a list of the top 20 states by population. Of those 20 states, 17 of them are on the list for the top states by infection rate.

True. Those populations are also drawn from cities where the population density is also a lot higher, and that'll have a compounding impact on infection spread.

A large part of reducing mortalities will be slowing the spread, because when the hospitals are past capacity, more people will necessarily die without proper care.

But in principle I do think measures like this prevent people from getting infected too. Not everyone gets the flu every year, for example, they estimate at most only one-sixth of the population comes down with it each year. At the end of the day it's all about who has it and who doesn't and who they do or don't come into direct or indirect contact with, one individual could pass their virus replicas on to two people who each pass it along to no one, another individual could pass it along in a causal chain that ends up infecting one thousand people. We try to model this stuff on rates and averages but it's ultimately the chaos of individual behavior that determines what happens.

I believe the 100,000 to 240,000 you're referring to are the numbers the White House released this week. They assume the protective measures remain firmly in effect. The figures in the millions are estimates based on the idea of nothing being done to contain the spread. When they presented the 100,000 to 240,000 figures this week, they did so alongside an assumption of 1,500,000 to 2,200,000 deaths with no intervention.

The following day the institute that did the modeling input the next round of new data into their model and revised the # of deaths upward by 14%. The modeling is done through July, the numbers aren't yet accounting for the likelihood of the virus returning in the fall.

The issue with modeling is it's going to vary a lot depending on all the variables in the data. And what happens with the data is up to the pure (possibly random) chaos of nature.