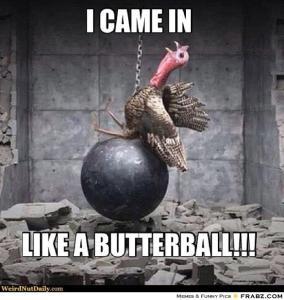 The positive for Prime: You go out delivering loads during schooling in rain snow fog mountains cities heavy traffic and more. A lot more experience in a one on one situation.

Hello to S.T.M., I offer you this bit of my recent experience cuz maybe you'll find it a little helpful. I completed "private" CDL school in Tucson and one thing I learned through that whole process is that Phoenix, which looks like the city you're closest to (?), for sure has a couple of decent schools like the one I went to. One is named "Phoenix", of all things; the other even more imaginatively calls themselves "Southwest", both of which have affiliated schools in Tucson too. I wouldn't want to argue for or against that route, but you might want to include such schools in your research as well as Swift and other company-sponsored options in AZ. I was aware of the conventional T.T. wisdom here advocating more for the latter and that did inform me, but for a few reasons I finally decided to go private. Between my dad dying a year ago and losing my new job to the COVID crisis this year, I was wiped out financially...but then able to apply for and receive a full tuition grant. After researching the scarily super-compact and time-intensive nature of company schools, their non-reluctance to dump students for sometimes seemingly sketchy reasons, and for the majority who do make it through there's the potentially regrettable costs of the contracts...I didn't see going that route as an overall plus, FOR ME.

Anyway, good luck with your decision and I hope you stay in touch!

Wow! A full tuition grant would be nice. I've definitely opened up my list of possible routes to a CDL since I've found this site. I'm lucky in that I don't need to make a snap decision but it is beginning to sound like many of the training schools are similar and that my attitude is at least as important the school I choose in determining my success.

Thanks for all the great info. I have started the High Road CDL Training Program and it has been really useful; a lot better than trying to just read the manual. I have found a lot of useful info on this site and appreciate the ability to read about both the struggles and successes of people who have already started down this road. Nothing like standing on the shoulders of giants, right?

As a former govt employee ..any govt is run horribly. I want them out of my life and I am moving to a cabin in MT. Lol

I can already tell we're going to hit it off...these same words have come out of my mouth.

Hey I m brand new and have been contemplating this career as a second new lease on life. ...I ve signed up for Sage school ( and I hope thats the right decision.

Be sure to post your progress. I downloaded the CDL manual to begin studying for my permit test; my study skills aren't what they used to be so it might be a few weeks before I feel ready to take it...lol.

I did the paid Cdl training from this page. I got my training, I have my Cdl and a job, so I guess you’d say I was successful. I went through millis. They pay for food and hotel during the training. I’d be happy to answer any questions you have

Thanks for the reply. How much time between your initial application and the start of school? How many were in your class at the beginning and how many ended up getting their CDL?

Thank you for coming out of the shadows and joining in on the conversations. Have you considered Paid CDL Training Programs you can even Apply For Paid CDL Training right here on this website. Fill out 1 application and it will be sent to many different companies.

Take a look at this article that Brett wrote why he Prefers paid training Each company handles it just a little differently, but for the most part they you through their schooling for a small fee, or for free in exchange you sign a contract to work for them a set time usually about a year.

I'm willing to consider all options that will set me up for my best chance to succeed.

I've been lurking for a few months since I've been contemplating driving a truck. I'm leaning toward going to school after the new year, possibly in February. I've pretty much narrowed my choices to Sage or Roadmaster but Prime is not out of the running. I'm leaning toward Roadmaster simply because there is one in my city but I do have the flexibility to attend elsewhere. Any feedback is appreciated.