A Messge To The Brother And Sister Hood Of Truckers! 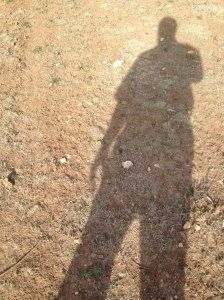 I am just an old Harley guy and can tell you that the Brother and Sister Hood among Harley Riders is Awesome even today.

Getting into trucking as a second career I was supersized to learn that the Brother and Sister Hood of Truckers I knew as a youngster has diapered for the most part. My first week of training I learned that 4 wheelers really don't like truckers much. By week 3 I learned that some of just the general public seems to have an issue with us. By week 13 I realized that no one has a bigger issue with Truckers than Truckers.

The Trucker (head shake of disgust) because they are a SUPER TRUCKER is just unreal to me. You know what I am talking about, the left then right movement shaken of the head to let the other person know your smarter and they must be an idiot. I see this all day long at truck stops and even in the Prime yard. Directed at everyone and yes sometimes at me. Maybe that's a new trucker just trying to learn how to back in. Maybe the Pump did not work and they had to go inside at fuel station. Maybe the Brother or Sister is just broke down or needs help that's why they are parked there.

I am old school (to clarify not Old School from this site) in my thinking, I am going to try and give the Trucker a break or maybe some help but at least some understanding. If we are going to improve our reputation to the public we must start with ourselves as a Group.