I took detailed notes during my training (Roehl calls this Phase one). I am posting this to help someone make an informed decision about which program to choose and give some insight on what to expect based on my experience.

Quick background: Roehls GYCDL was my 2nd attempt at achieving my CDL-A and getting into the transport industry. My 1st attempt did not go well. It was with Wilson Logistics in Springfield, Missouri. I ended up wrecking my shoulder while putting up the landing gear on an overloaded trailer; the foot was on an incline and snapped all of a sudden, throwing my arm up with enough force to dislocate my shoulder, the next day, I couldn't lift my arm above my waist, it got progressively worse. I tried to test it out anyway; bad idea. I failed my AB by forgetting to release my brakes, invalidating the test. I tested again, passed my pre-trip failed backing (timed out), and I was kicked to the curb. I realized Wilson was the wrong company for me; their training style is not for me; for example, I had practiced the offset exactly once before the test, out during my 2 weeks with my trainer in a day cab running across town 22 miles round trip I mostly drove, coupled and uncoupled and did alley docking.

I was devastated and limped back home; I took some time away and reevaluated. I decided to try again, as trucking is what I want to do and giving up is not part of my personality.

Before I went with Wilson, I was talking to a recruiter at Roehl, they only hire in my area for flatbed fleet, and I didn't think I would like it or be good at it. After my debacle in Missouri and healing up from my injury through rehab, I dodged surgery. I called up the Roehl recruiter.

She was professional, and I had many fruitful conversations with her. So after many phone calls, online forms, and a few interviews, my start date was set for November 14th at their Phoenix terminal. Roehl's interview process is quite stringent; I was treated well during the entire process.

Part one: Arrival in Phoenix

I flew to Phoenix on my dime; Roehl does not provide transport unless it is within a certain distance from the terminal; for example, a few of the students there from Las Vegas had bus tickets provided.

I flew in a day early and paid for the night at the same comfort inn they had me in. Not a bad hotel, I-10 comfort inn. The weather was near perfect, about 60-70 during the day and nice and cool at night; I was surprised at how cold it can be in the early morning. Often it was just above freezing until the sun rose.

Training started on Monday, and for the first day, there was a shuttle bus. After this first day, students were on their own to arrange transport to the terminal/training yard. Luckily a guy in my class from Tuscon offered me a ride every day, which was awesome.

Roehl keeps their classes in Phoenix to 3 students, which is highly effective. Two full-time trainers are assigned three students and instruct them until they graduate and get their CDL-A. You are given at least two attempts to pass your CDL , provided you are motivated to learn.

The first two days, we were in the classroom. We watched some accident videos to ingrain in our heads that we are driving a 45-ton monster with the possibility of killing or maiming people. These videos covered the tragic stories of people who were killed by distracted drivers who were on their cell phones. These videos impacted me, and I will always strive to be safe. The FMCSA states that a fully loaded tractor-trailer can take 600 ft to stop on dry pavement at 65 mph. We were reminded never to rush, and all loads are based on an average speed of 55 mph.

I am impressed with Roehl's dedication to safety.

During the first week, we were given 38 modules to complete by the following Monday. These were time-consuming and covered cargo securement, bad weather driving, pre-trip, backing, specific customers, and more. If you didn't complete your modules by the deadline, you sat in the classroom and worked on them while the others were out backing or driving. Most were about an hour long and followed by a quiz in which you had to score 100% to receive credit.

9 am- backing practice or out on the road (this depended on who your trainer was). One trainer took his students on road trips in the 50 to 200-mile range. I was lucky enough to go out on one; it was the highlight of my training as it gave me the feel of what most of the job will be, which is driving out on the highway.

1 pm backing gauntlet (all CDL maneuvers) in Arizona, you do a 100 ft straight back, an offset right to left, and a blind side parallel.

We did some classroom stuff in week one, mostly on safety, Roehl's expectations, and the company mission statement.

We began with straight backs on Wednesday and went out for a drive around Phoenix.

The area that Roehl is located in is close to many trucking outfits and CDL schools. Swift, knight, Saia, Schnieder, and Werner are some of the bigger ones we passed. Driving schools included Southwest (where we tested), roadmaster, and Phoenix driving academy.

Nice write-up, Heavyfrost! Have fun, study hard, make every minute of practice count, and be safe. Looking forward to your next installment!

Nice write-up, Heavyfrost! Have fun, study hard, make every minute of practice count, and be safe. Looking forward to your next installment!

Thanks, appreciate the feedback. 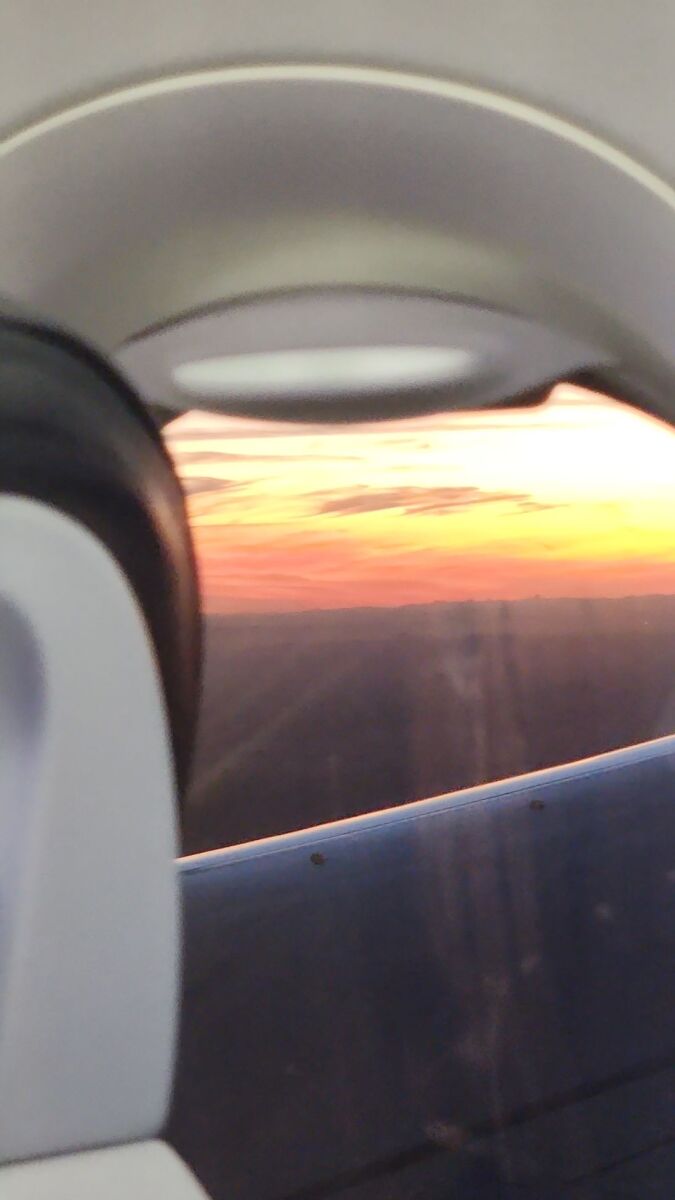 On my way to Arizona. 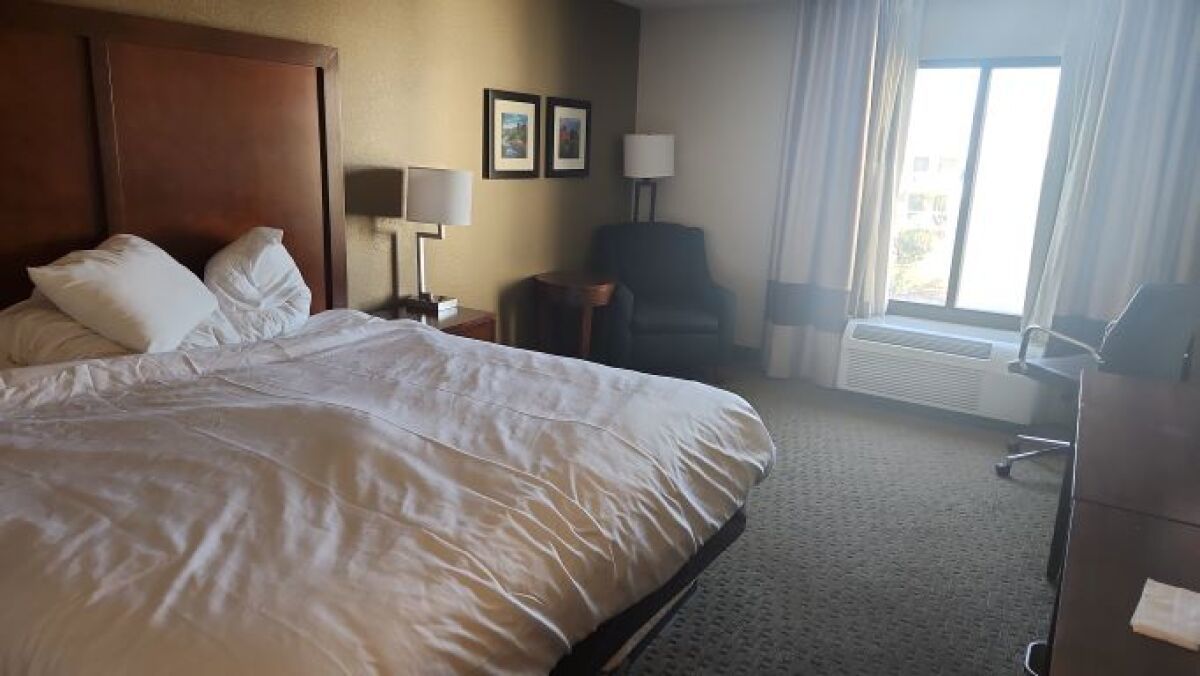 Ye old comfort inn, home for the next 5 weeks. 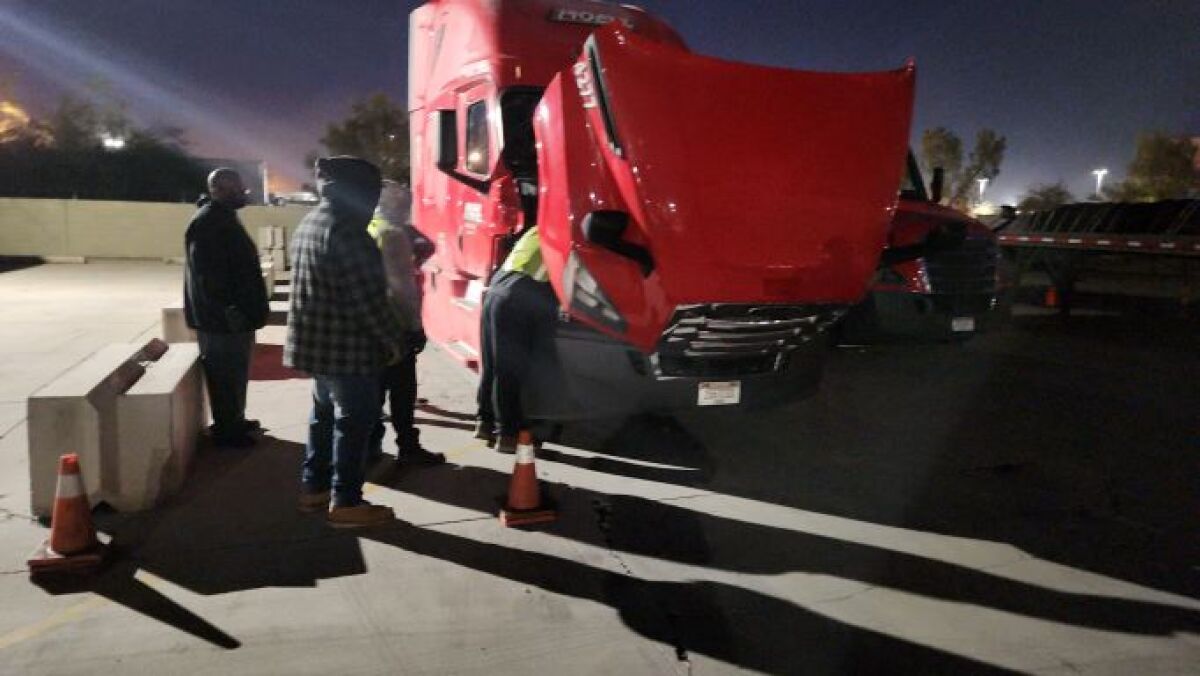 Now I'm really curious about how things are going! Hope all well and everything is going great. I recall when I was in school, things got busy and even more so when I got to the company training, so writing got slower then, for sure.