Week 3 Of 4 Driving With A Less Than Good Trainer

My trainer's last four trainees walked from his truck. He tells me it's bc they were not cut out for the job. Now, I'm pretty sure it was bc he's filthy, and more than a little bit racist. I've heard the N word in the last few weeks more than I have in the last decade. I've also been told from the get go that the company sucks and that he's going to quit soon. He's been with this company about seven years.

Some things that make him less than a good trainer:

2) expects me to memorize the way to shippers and customers while driving and with zero trip planning. Actually gets bothered when I'm driving and ask what hwys we'll be taking and how long we'll be on such and such hwy. All the while, he sits with his phone GPS only announcing turns RIGHT before the turn.

3) Not one PTI has been done, not one tire check, nothing.

4) Gets visibly upset when we are off duty if I speak or help another driver.

5) passive aggressive threats of firing me after he learned that I don't stand for "in your face yelling and tantrums." He mentioned that he would drive once we stopped at a rest stop. After he went in to pee, I jumped in the passenger seat. He started throwing a fit saying, "did i f...ing say I was driving!" etc. I just looked at him in the eyes and asked if he was alright and if there's was a problem, while remaining very calm. That threw him for a loop.

6) Spends more time on the phone with friends than pointing out different procedures, etc. Example, I haven't been allowed to touch the Qualcom once since starting with this guy.

Anyway, I'm going to see this through until I get to the main terminal , take my final tests and get in my own truck. thanks for letting me vent

That sucks man. We hear about these kind of wackos as trainers all the time and I hate it that companies do this to new drivers. But a lot of these guys go into the terminals and act like everyone's best friend but then do their Jekyll and Hyde switcheroo as soon as you guys are alone in the truck and reveal they're truly just awful people.

First of all it sounds like you're handling him very well. The less you say to him the better. Just keep telling him "ok" to everything if you can and keep reminding yourself it's only for a short time. You'll be rewarded in a big way when you complete training and never have to see him again the rest of your life.

You can also consider reporting him but that's totally up to you. If you did decide to do that then you'll want proof of things somehow. I would say the best way to do that is to secretly get some sort of audio or maybe even video of him on your phone. As you can imagine, one "N word" or one insistence of verbal abuse from a trainer at a major company and his training days are probably over at that company, especially if the company was told that video could 'accidentally' wind up on YouTube with the company name on it, right? I'm pretty sure they don't want that. But again, whether or not you decide to do something about him is totally up to you. It's your career on the line so it's up to you to either let it go and move forward or do something about it.

Back in the day we had an awesome driver who became a trainer and he went by TruckerMike. He wrote an awesome series of articles called The Trainer's Viewpoint and they'll really help you with the training process. I highly encourage you to read through those articles.

In fact, anyone that hasn't completed the training process with a trainer out on the road should read these:

Oops. please delete the above post. i wasnt aware that my previous posts are visible until now.

I would say if you're about to drive and your trainer won't let you do a PTI. I just wouldn't drive or just get out of the truck and start doing it. If you are the one behind the wheel when something goes wrong or you get pulled in for a inspection it's your ticket. 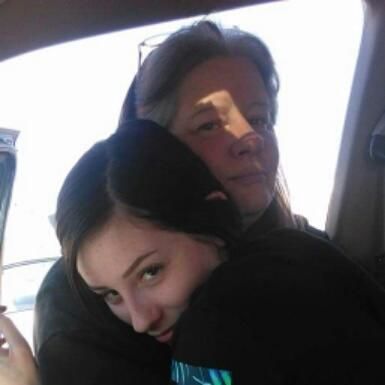 I would say if you're about to drive and your trainer won't let you do a PTI. I just wouldn't drive or just get out of the truck and start doing it. If you are the one behind the wheel when something goes wrong or you get pulled in for a inspection it's your ticket.

Not just an inspection, but it could be your life on the line.

I wonder what the company would do if a trainee refused to get back in that guys truck? Would the student be punished or thanked for making them aware of that particular trainer's unsafe practices and poor attitude?

Personally, I'd do the pti regardless. Give me flack about it, and I'll call your **s in. But then, I don't make many friends. 😁

I know how you feel in not wanting to look like a whiner to the company. My first trainer a bit like that.

Maybe though if you become number five to walk out on him, the company will finally see a pattern with this guy and you will save a potential future student of his from going through what you are trying to endure. 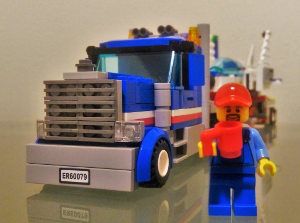 Wow reading Trucker Mike's articles were very helpful. I'm so glad he took the time to post those. Now I can be more prepared when I graduate CDL school. I'm not sure when I'm able to start.

Just my .02 but if your not allowed to touch the QC as a trainee, how are you gonna know how to use it as a driver.

The PTI, I'd do it anyway. Fresh outta school with a CDL in hand, I still had to ask my trainer where the air compressor and water pump were. I learned on a Pete, but now drive a Freight liner.

Maybe it's just me, but I'd turn his ass in. He's making extra bucks to train you. He's doing you and the company a disservice by not teaching you.