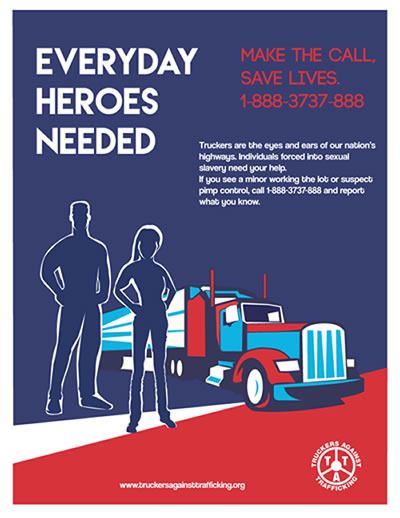 Earlier this month, Arkansas passed legislation requiring that all drivers who want to get or renew a Class A CDL in Arkansas will need to complete a human trafficking prevention course.

The state will not directly administer the training. Drivers will be required to watch a 26-minute movie and complete a 15-question quiz to be certified by Truckers Against Trafficking, who will then pass on that "evidence of completion" to the Arkansas Department of Finance and Administration.

Modern-day slavery, or human trafficking exists whenever people are bought and sold for forced labor or commercial sex. Around the world, there are an estimated 20.9 million slaves today. Human trafficking has been reported in all 50 states, and the number of victims in the United States is estimated in the hundreds of thousands.

Arkansas joins Ohio as the only states to require the training for new CDL applicants, but goes further to require renewing drivers to complete it.

Truckers Against Trafficking is a non-profit organization dedicated to fighting human trafficking. Truck drivers are uniquely positioned, as the eyes and ears of the road, to help recognize and report trafficking and save victims.

"Mission: Truckers Against Trafficking (TAT) is a 501(c) 3 that exists to educate, equip, empower and mobilize the trucking industry to combat human trafficking as part of their regular jobs."

Human trafficking prevention training to be required for Arkansas truckers

The primary person a driver communicates with at his/her company. A dispatcher can play many roles, depending on the company's structure. Dispatchers may assign freight, file requests for home time, relay messages between the driver and management, inform customer service of any delays, change appointment times, and report information to the load planners.
Deke's Comment 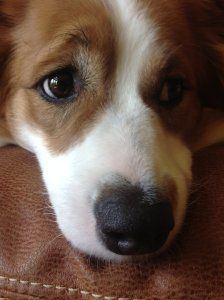 I have learned in my short time of researching this industry that there are a lot of demands placed on truck drivers. But I have to say, for those that have to do the training, that this might be a very worthwhile 30 minutes of your life that could save someone else's....

This is a slippery slope. There is no shortage of, "good causes" out there. Once the do-gooders find out that they can force CDL holders to participate in their pet projects that have nothing to do with our job (safely getting our loads from point A to point B in a timely manner) the floodgates are going to spring wide open:

Rest areas - Cash-strapped states are closing rest areas because they can't afford to maintain them. Making CDL holders take an orientation class then clean one rest area per week will make sure there are plenty of rest areas for all and ease some of the financial pressure on the states.

First responder - A truck may be the first vehicle on the scene of a serious car accident. Doesn't it make sense that they should be trained as first-responders? Even basic first-aid training and a few medical supplies could save thousands of lives every year.

I thank the Great Spirit that I don't have a CA license - I'm sure they'll be required to talk with someone about race issues or use a different restroom than usual to keep their CDLs if this catches on.

I understand your concern of "slippery slope", but it does seem to me that truck drivers are on the "front lines" so to speak of this very real travesty. This is a bit more than just a "good cause" we are talking about here. And I don't think I would necessarily label those that want to put an end to human trafficking and forced prostitution of minors as "do-gooders". At least not in the implied negative connotation. If wanting to put an end to the exploitation of the most vulnerable among us constitutes being a "do-gooder", then I guess I am one.

See something / SAY SOMETHING.

Truckers all over the country, are on the FRONT LINES of a lot of the skeevy stuff that goes on in this country.

I don't take issue, with providing some training on how to recognize this, and how to REPORT IT.

No one should take it upon themselves to be an "avenging angel" or vigilante, and try to intervene themselves. Never know what you might be stepping into.

As far as "making it a law" - don't see that much issue - despite it being limited SOLELY TO ARKANSAS at this point (for what little good that would do).

Don't know what I would want to see it AS A REQUIREMENT for obtaining a CDL ANYWHERE either - but companies should be "encouraged" to provide this training, or alternately, have it come down as a REG from FMSCA, so at least there if some "uniformity" to it.