Hi I am new to this and just got my CDL. I just learned of Uber coming into this world with their apps so driver's can pick their loads? They already ruined the cab business and they take 25% of the drivers earnings. I believe they will do the same here and we will have guys like the ones from Uship coming out of the wood work and working for nothing. Any opinions on this? There are so many people in this country now days I don't believe a hard working man can make a good living anymore. I have done concrete work most of my life and I used to make good money at it, but the wages have went down in this trade also and I have to work harder than I did staring out as labor. I paid my dues and now I am cheap labor teaching new guys to finish so they can replace me at a cheaper rate without working their way up the ladder as I did. So anything I look at these days for a guy like me feels like I'm in a 3rd world country. My bad tho for not going to school and getting a education. Anyway I'm getting off topic sorry about that!!!! 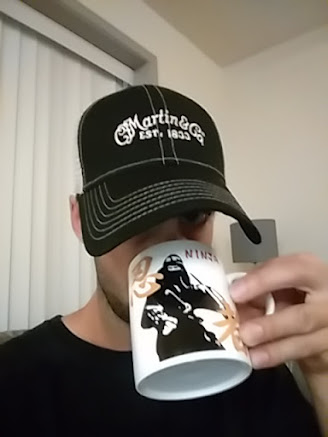 Do you think that drivers picking their own loads from an app or from a load board is a new thing? I don't understand how this is supposed to be taking over the trucking industry. It's a nice looking tool but it just looks like an electronic load board to me.

Maybe I shouldn't go off on this tangent also but how was being a cab driver such a good job before Uber came along? Cab drivers were already working long hours for less than minimum wage. I'm not a fan of everything that Uber does but cab driving was a sucker job way before Uber came along.

Never going to happen Uber isn't large enough to compete. Although they are innovative the top 10 logistic company's are just as big and already have a solid infrustructure in place. Although I'm certain they may bring some innovation, shippers aren't going to abandon the way that has been proven.

As it stands now freight is already too cheap, in order for Uber to compete they will need to lower percentages in order be viable.

At best - Uber will be a Broker.

This would work for O/O's - or maybe carriers that use broker loads for backhauls.

Rick is right, they're going to use an app to broker loads, but they'll have a tough time competing. There's no way for them to cheat by ignoring laws and regulations, so their usual strategy for undercutting the existing industry is doomed from the start. Taxi regulations are usually local or state laws, but the trucking business is heavily federally regulated.

Rick is right, they're going to use an app to broker loads, but they'll have a tough time competing. There's no way for them to cheat by ignoring laws and regulations, so their usual strategy for undercutting the existing industry is doomed from the start. Taxi regulations are usually local or state laws, but the trucking business is heavily federally regulated.

But the difference is, the only thing not regulated, our rates. So they can attempt to be competitive, well under cutting others, and still getting their points.

According to their website, they are paying some pretty decent accessorial's, and other compensations.

Their app is a no more special, then Landstars, and having played with the Landstar app, for an owner operator , they are a pretty good carrier.

But you don't actually lease on Uber, you actually have to have your own MC number, or leased onto a carrier that allows you to look for broker loads yourself.

They really are nothing more than a load board, and I bet some of those loads they have our double and triple brokered.