Hey guys! I've been lurking around for a while, and figured I'd say hey now that I'm starting on a trucking adventure of my own.

I'm sitting here in Providence RI waiting for the 8:30 bus to Wilkes Barr where I'm going for Prime orientation. I'm pretty nervous now with all the unknown in front of me but still excited for the opportunity.

Has anyone been to the PA terminal for prime? Any idea of what to expect? I'll keep this updated as I go along. Talk to you guys soon! 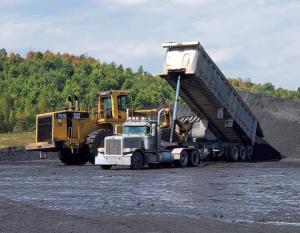 Sorry I can't help but definitely keep us updated. I'm interested in prime as well and seeing as I live in WV I figure I'll be going to the PA terminal as well should I choose to go with them.

Everyone is nervous in the beginning. Heck, you'll be nervous for the better part of the next six months or so. Embrace the challenge, work hard, and have fun with it.

Best of luck! Keep us informed about how it goes. 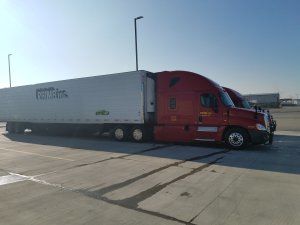 You'll do fine I did my orientation in Salt Lake City. Your first week will fly by. The worst part about the whole thing was the bus ride. Just be sure you bring all your important paper work with you and if you have a copy of the application you filled out bring that too. You will be required to fill out a new one.

Also if your a lite sleeper might want to bring ear plugs. It takes some getting used to sleeping in the bunk with a reefer unit running behind you.

Well after a long day on the bus I'm here at the hotel. There's a TGI Fridays attached to the hotel so it's time for some food then fill out the monster paper application then sleeep!

I know I didn't get back to report every day but it was a good three days! My orientation is all set and I was cleared to go yesterday! My trainer should be here at the terminal around 6 so I'll get to meet him and drive the truck around a bit. He's getting his brakes serviced tomorrow at 10 and then we're taking off.

The longest day of orientation was the first one. Not knowing what to expect I was pretty nervous to get it going, but once I got there and started talking to the guys running the orientarion I settled right in. They're really good guys who are here to help you get a job. The group I was with was pretty small I'd say, it was only 6 of us to start. We only lost one guy along the way due to high blood pressure. It ended up taking 4 hours at the doctors to get everyone's physicals done, but after that everything else was pretty easy.

Day 2 we did the simulator test. The simulator feels nothing at all like a real truck. It's just there to make sure you're observing the road and being safe. It's not judging you on how you're shifting and whatnot. After that I just spent the rest of the day finishing up all the videos on the computer you need to watch which can take a while. There are 45 videos to watch and forms to sign.

Day 3 was just classes. One on the electronics on the truck and the other was with a dispatcher where she explained how everyone's job is connected. If you're not making money then your dispatcher is not making money, so it's in their best interest to keep you moving. The way I see it when you hear people complaining about how their dispatcher sucks, and they're never moving, there must be something wrong on the drivers end. There's no incentive for them to just keep you sitting for no reason. I was the only one cleared yeaterday right at the end of the day so I got that off my mind.

Today we only had a few more classes on the APU on the truck and high value loads. And that's it! Now I'm sitting at the hotel waiting for my trainer. I talked to him on the phone for about 20 minutes and he seems like he'll be a good guy to work with. He's interested in actually teaching me how to do the job and not just sleep in the bunk and throw me to the wolves off the bat. The first week will be just me driving his lime green freightliner with pink lettering lol.

Overall I feel really good about Prime so far. Everyone I've talked to that's worked here has been really friendly and helpful and the orientation process is smooth. I've basically felt like I've been on free vacation, but I know the hardwork is coming, and I'm ready for it.

If you've gotten his far in this way to long post, thank you! I'll be updating as much as I can for anyone that wants to know, but I know I'll be busy and tired in the coming weeks.