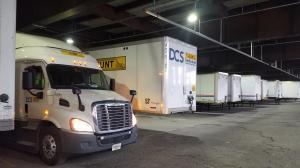 Hello and salutations everybody!

As the title says, I'm hoping to be able to get some advice on my current situation. Also please pardon the brand new account. I just recently found this message board!

Here's the basic gist of my sitation. Years ago, I had originally gotten my CDL (Back in 07 or 08 i think?) And I was hired right out of the school by PAM.

At the time, I had quit after 4 months because I had thought that the career/lifestyle wasn't for me.

Fast forward 10 years give or take, and after paying off the debt years ago, I had decided to reenter the industry as i think i am older and hopefully wiser.

Unlike a lot if people, I had maintained my CDL everyone I renewed my license, even though I was not driving a commercial vehicle.

Prior to the recent events, I would half hearted call up a company to see if they would be willing to hire me (I'd call up the big 6) and each one told me that i would have to retake a certification course for the recent experience needed to be hired.

This would lead to being discouraged as, when I asked about it, the recertification courses offered at the training schools was nearly the price of the cdl classes themselves!

So fast forward until recently, I was looking for work on one of those job finder apps, and saw CR England. Without much thought, I clicked it, put in my info and moved on.

A couple of days later, a recruiter calls me up and I explain everything. The recruiter lady tells me that they'd love to hire me, but I would have to complete between 140-180 hours on a trainer truck then I would upgrade directly into my own assigned truck.

I'm ecstatic of course, thanking her and telling her how grateful I am, but in all that, I ask one very specific question, "Will I be a solo seat?"

I'm assured this is the case, and next week I'm in Atlanta at the Conley yard attending orientation. After 4 days there, I'm officially hired and on a waiting list for a trainer. Though, during the proccess, I kept asking, am I being hired as a solo seat?

Fast forward to today, I have completed the 180 hours on the trainer truck, and after abit of a snafu of scheduling, I take my phase 1 upgrade road and backing test, directly skipping phase 2 altogether and into first seat. So I'm just waiting for a truck to be assigned to me now.

During this time here in salt lake city, I once asked if I was going to be upgraded into a solo seat, and I'm politely informed that CR England is a team driving conpany with little or no solo seat jobs available.

I don't want to seem ungrateful for being hired, but I know that I do not want to train or team drive. May I ask for some advice please?

I think the answer was; team driving positions is what is currently available. Tough spot..,

If it were me, I'd get some experience, and continue inquiring on solo jobs at CRE. I know for a fact they are NOT an all team operation.

Good luck to you...and welcome to the forum.

My other half, who is from Georgia, says to try Averitt at either their Macon or Atlanta terminal. The only problem with Averitt, is you're between their terminals and you must park your truck at their terminal when on home time. That's the ONLY reason he doesn't work for them. They pay very well, have several divisions (he was a flatbed trainer), excellent benefits and don't do teams at all. They would want to send you out with a trainer.

If you choose to contact them, just be upfront and let them know why you're not wanting to stay with CR England. Don't quit your job there until you have secured a new job.

I wish you the best and let us know how you are doing. We obviously recommend sticking with your first Company at least a year, but if you made it clear you weren't interested in teaming and now that's all they seem to have, I don't think other companies would fault you for that.

Thank you both for the reply. It's a lot to think on. Though I will also admit, sitting up here while waiting for a truck to be assigned seems soul crushing. (Doesn't help that this entire campus seems to just suck the joy out of life lol)

After I upgraded Friday, one of the ladies in the upstairs offices asked me if I was willing to drive a first phase student home (He just graduated from the school and asked for home time before going out with the trainer)

He lives in Atlanta as well, so I see this as a good opportunity to at least head home to pick up a few things, drop him off and keep on rolling till about the 10th before I request official home time.

The reason for this is mostly because my gf is getting kicked out of her place on the 12th and the plan is for her to come ride with me, and convince her to get her CDL , and eventually, we can drive as a team.

So, hopefully tomorrow I'm getting a truck as none of the office staff here world on the weekend lol

The primary person a driver communicates with at his/her company. A dispatcher can play many roles, depending on the company's structure. Dispatchers may assign freight, file requests for home time, relay messages between the driver and management, inform customer service of any delays, change appointment times, and report information to the load planners.
icecold24k's Comment

Just another suggestion but is it possible to maybe try and team with someone for a little while until a solo position maybe comes open. I know teaming isn't what you are looking for and honestly I do not blame you one bit. Me personally I wouldn't want to either unless I really knew and trusted that person. I love my privacy. It gets boring at times but I still enjoy it. Or maybe if your girlfriend is going to get her CDL just team long enough until she upgrades and you guys can be team together.

CRE is transitioning their national division into team only. It'll be almost entirely filled with trainers, true team, and those who can't maintain on-time delivery or have other problems(essentially the punishment division, which is ridiculous). They've thrown their wait considerably behind their regional effort now, but with some changes in that instead of something like Western 11 like some companies have, they're moving to lanes. Technically I'm on the OR/WA to Utah lane, but in the couple months that I've been on that I don't think I've actually gotten a load like that in either direction.

What this means specifically for the original poster is that you've got a decision to make is that it will be team for a while. They'll tell you about six months before you can switch over, but that isn't entirely true so long as you show you're productive, don't cause problems, etc. Just make sure you put in for every solo position you could possibly want in CareerTrak(on driver.crengland.com or through the Toolbox app). Once you show a couple months of consistent good productivity, you'll start getting DM's calling you. OR look into training, that's where the real money is in the company