Shawn S.
Jeffersonville, IN
Considering A Career
Posts: 1
Joined Us:
3 years, 9 months ago

Just scratching the surface and doing the CDL research/testing here...so far so good, hopefully my test scores carry over to the actual test and I fare as well. My concerns are my age, my body always wants to remind me that I'm not 20 anymore; but I do push myself. I currently work for a small company doing deliveries, just a large cargo van and a minimum of 165 times I get in and out of the thing carrying at the very least five pounds in my hand per stop...all in a 7 hour time frame...we are allowed 10 hours, but I don't take breaks and I do the "restroom" stop in the back of the van with my cup. I always wanted to drive otr , but my father used to tease me and say I couldn't even pull the pin. Have I waited to long to start this career? If not, what steps first? Go to the dmv and do the exam? Go to a school? If a school, which one? I can't afford a private one and would like a recommendation for a company sponsored one and what that might entail. Any information would be much appreciated. :)

Hi and welcome to the forum.

i started at 41 and others here started much later. age is not much of an issue and can actually help because you would have decades of druving and judgment over the really young.

i work for Prime and love it. i wen through their program. if you do the tests on this site, you will definitly do well.on the real tesr.

as far as how, companies differ. At Prime they had us get the permit in MO, but if you go to their UT terimal you must come in with the permit.

Becoming A Truck Driver: The Raw Truth About Truck Driving

Nope, you are not too old. I got my CDL last year at the ripe old age of 52. Was it difficult ; yes. The skills test was what killed me, but I got it and that's the main point. Now its practice, practice and more practice. I was able to get a grant to go to school and borrowed the rest which was about $2500. I got the grant because I was laid off from my job and qualified thru unemployment. By the way ; I got my associates at age 44 so you are never ever too old to learn. 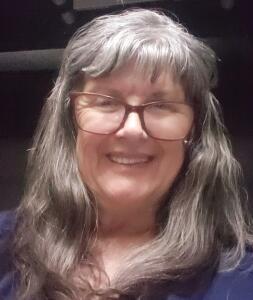 I got my chauffeur license in 1988 when I got out of the Air Force at 36. I drove 3.5 yrs, getting off the road cause the husband hated driving. He wanted to be a cowboy (ranch hand). Six yrs after getting married, he had 2 Traumatic Brain injuries about 45 hrs apart. For the next 18 yrs I took care of him. Having burnt out in 2012 taking care of him, I learned that I would need help which I did get it by people coming in and helping me or he went to the nursing home for daycare.

In 2014 I realized I was burning out again and it was becoming too much to deal with his dementia which had been progressing and he had to be placed in a home. So I looked for work that I could do in Twin Falls, Idaho. Being that Idaho is a right to work state, wages are not very high unless you are technically skilled in something. Couldn't find anything that paid worth diddley and was complaining to a brother. He got his CDL at 62. He suggested that I get my CDL. I told him the driving part wouldn't be hard, but I sure couldn't lump a load anymore. He just laughed and told me that docks loaded/unloaded or hired lumpers. So, the first week of school, I turned 63 and got my CDL. The husband was placed in a nursing home and 8 days later, on Labor Day weekend, he fell, breaking his hip and hitting his head. The hip surgery went very well but no one thought to check his head. Apparently he was bleeding into his brain. When he was given a unit of blood, that caused the vein to pop, and that did him in on top of the pneumonia he developed. A company with 4 trucks had hired my brother and I, but sent my brother out while I took care of the funeral and paperwork, etc. I started driving 3 weeks later.

At that time people thought I was in my late 60s :-( Caregiving is not for the faint of heart! Now people think I'm in my 50s :-D I will be 67 the end of July. I am running a dedicated route from KS, CO or OK picking up fresh beef or pork that I run to the port in Oakland CA. Then I get a back haul to Salt Lake City or the Denver area. I'm running 3000to 3200 miles every 7 days. I go home every 4 to 5 weeks. Do I get tired. Yeah about 4weeks out and I'm ready to go home. But need Memorial weekend off so I can take my bucks (male goats) to a big goat show in Boise :-) then I will stay out just 4 weeks.