Wife Is Thinking Of Starting A Career In Trucking...but Nervous...me Too. 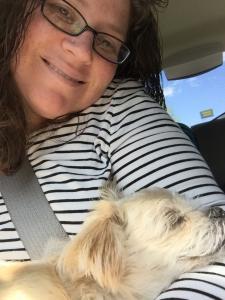 Hi there! Mandy here, my wife is thinking of a career in trucking but has been reading in the forum about issues with dispatchers, sitting and waiting for loads, and hearing of people getting weekly paychecks that are $200-$300. Basically she is worried about being able to pay the bills (I am currently out of work). What, realistically, can she expect to make her first few years? Additionally- what issues do you all think she would encounter as a black gay woman? She's not worried about that but I am.

The primary person a driver communicates with at his/her company. A dispatcher can play many roles, depending on the company's structure. Dispatchers may assign freight, file requests for home time, relay messages between the driver and management, inform customer service of any delays, change appointment times, and report information to the load planners.
Susan D. 's Comment

Trucking is performanced based work. It really doesn't equate at all with hourly type of pay. The cool thing about trucking is if you get more done, you make more and we'll, if you don't get much done (manage your hours poorly, etc) you won't make as much.

The most difficult thing about starting out in trucking is you generally are not paid while you are in CDL school. Some company sponsored schools will advance you a small amount each week (to be paid back later) to help cover meals. The only company that I know of (may be a few more) that actually pays a small salary while actually in school is Roehl.

After she gets her CDL then she would go through company training.. which is different than CDL school. Company training is typically paid, but the money isn't great. As far as I know, Prime probably has the highest training pay. It is what it is and training is relatively short in the grand scheme of things.

What to expect as far as pay in the first year? It varies. Tremendously. I expected to make anywhere between $35-45k my first year, but I far surpassed that. I went to work for a company that probably has one of the lowest training pay structures and low starting rate (they've since increased their starting pay) but because I am a productive member of the team and very quickly proved myself to be a "go to" dependable driver who consistently got things accomplished, I turned a little over 158,000 Miles in my very first year, which is some pretty incredible miles for a rookie driving for a company that is mainly short haul regional.

Learn to get it done and the sky is the limit. Sit back like a slug and don't manage your clock well.... You get the idea.

As far as your wife goes.. nobody will care at all that she's a black lesbian. She's just another driver to the other drivers both here and out on the road. Both me and my other half train new drivers, and yes we've both trained lesbians. It's a non issue.

Have her come visit our general forum (and you too of course) and we're all here ready to answer any questions you may have.

Sorry it took so long to reply.. I'm terrible about checking the ladies forum. To me.. drivers are drivers regardless of gender and we all benefit from everyone's advice or perspective. Our general forum is extremely active and you'll find tons of excellent advice there.

Its funny that you brought up the black lesbian thing cause i wroye an article that discussed exactly what Susan just stated....my dispatcher wouldnt care if i was a purple penguin smoking a pickle....he would still run me to exhaustion.

Almost all of my loads are preplanned. it took a few months to gain his confidence like that. good safe punctual drivers dont sit.

however....this is no ordinary job. Yes, i am docked at a shipper for hours. yes i sometimes include that as my 10 hour break. yes, we do a lot of work off duty, often putting our work week at 80+ hours. yes if you break it down by the hour then no, i dont make much money.

But i have freedom...i work or dont when i want. i eat sleep and shower when and where i want. if i want a day off OTR i tell dispatch. if i want to go to the doctor or rest i go to a terminal. i gave up my apartment and have a lot more cash flow now.

Below i posted a couple links...one about my pay at Prime and one to my blog articlez about life OTR. i hope these help.

The primary person a driver communicates with at his/her company. A dispatcher can play many roles, depending on the company's structure. Dispatchers may assign freight, file requests for home time, relay messages between the driver and management, inform customer service of any delays, change appointment times, and report information to the load planners.
Page 1 of 1
Return To Ladies Category   Trucker's Forum Homepage