Hello everyone. I'm DAVE. ok I'll admit. I'm kinda a rookie. I'm looking for anything someone has to say about swift transportation. thank you 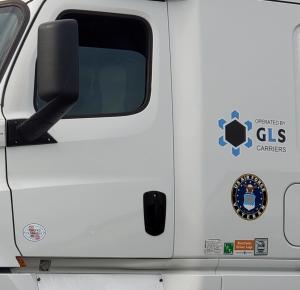 Hello everyone. I'm DAVE. ok I'll admit. I'm kinda a rookie. I'm looking for anything someone has to say about swift transportation. thank you

What specifically are you wanting to know? There are drivers for Swift that are in TT....they may come weigh in sometime.

David, let's just be honest here. There are some huge misunderstandings about the trucking career. Most of them come from some of the ridiculous things drivers say. I don't know what's wrong with our culture as truck drivers, but it really suffers from a lot of unnecessary B.S.

One catastrophic piece of totally false information is this idea that somehow these big companies that hire rookie drivers are terrible places to work. People claim they are unsafe, tyrannical, slave driving corporate entities that couldn't give a rat's ass about their drivers. They are said to be guilty of taking advantage of people and then dumping them on the streets with no clothes on their back, no money in their pockets and no way to get home. Does that sound familiar? If it does, then it's obvious you've been doing so called "research" on the internet.

Would it surprise you to know that Swift has a long list of "Million Miler" drivers? They do! They've got a ton of very satisfied and successful drivers who could make one phone call and get hired anywhere they wanted. Yet they don't pick up the phone and make that call. Why do you think that's true?

For whatever reason there has always been some big trucking company that takes the brunt of the nonsensical commentary from the independent "know it alls" in our industry. I've been around long enough to see the targets of this malignant disdain change from time to time. At one point, J.B. Hunt was always the target of these stupid attacks, now it seems to be Swift.

Here's an interesting observation of mine. J.B. Hunt's value increased exponentially during the time period that drivers were slandering them unmercifully. Guess what? Swift's stock has steadily been increasing in value while it's suffering the same onslaught. I find that intriguing. It only goes to show that you can't always believe everything a trucker tells you. It's the heart of the reason Brett started "Trucking Truth." You can't make sound decisions based on nonsensical information. Brett wanted to help newcomers to trucking make good choices and decisions. A big part of that is providing them factual and helpful information.

I don't even know why you posted what you did...

I'm looking for anything someone has to say about swift transportation.

If you're thinking about starting your trucking career with Swift, you're in good hands.

Here's the biggest problem for you. Trucking is a complete change of lifestyle. It's not just finding another job. It's a culture shock that slaps most people silly. The challenges are great and the quitters are abundant. You've got to decide if you want to do this or not. It won't be easy. Anything worth doing is going to be challenging. The least of your challenges will be the name on your truck. Put all that nonsense behind you. Swift knows trucking. They are a very successful trucking company. You, on the other hand, know nothing. You would be wise to question your wherewithal to commit to such a challenging career long before you question the credibility of a company that has weathered almost every storm imaginable and still manages to grow and prosper.

Swift is my 1st choice for training and long term employment if accepted into their program. This decision is based on their long running success, as well as a terminal and Walmart regional account relatively close to home which will get me home weekly for my 34 resets once I prove myself worthy of handling the Walmart account

One of the moderators here, G Town started his career at Swift and is still running that Walmart account 7 years later and is happy. As Old School said, the name on the door means nothing. I’ve done a decent amount of research and found all the big companies pay roughly the CPM and offer similar benefits. you control your success by learning the trade and performing.

If you really want to get a good handle on understanding this career, stick around here, read the conversations and take advantage of the top of the line training materials provided by Trucking Truth. Stay away from the other trucking websites and all the negativity they provide