What a difference a day makes. The authorities have just about wrapped this one up. According to this article the NTSB will be releasing a preliminary report in TWO WEEKS! That's quick - they often take a year or more. Spoiler alert - it was my last guess in my previous post.

(The crash) "happened as a pilot was practicing "touch and go" landings."

The NTSB said it was a training flight, and that the owner was learning from a flight instructor.

"According to witnesses, they believe the plane was having trouble gaining altitude. They could hear that there was engine trouble," Covington Police Captain Ken Malcom said on Thursday, describing the incident as seen by nearby witnesses. "Suddenly the plane veered to the right and immediately came straight down and crashed into the lot behind us. 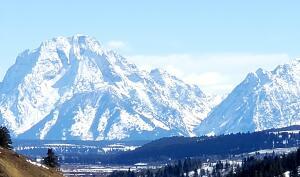 Ok, this is getting a bit weird.

Food shortages have been exacerbated by a string of fires, plane crashes and explosions at nearly two dozen food processing facilities across Canada and the US.

That to me, is beyond just a bit weird. They couldn't get us with the Chinese virus, so now they're going to pit people against people who are afraid of starving. It's a good thing I know how to garden and have lots of seeds stored up.