Page 1 of 2 Next Page Go To Page:
Old School's Comment

Drove all night to get this monstrous aluminum ingot delivered to Russelville, KY. I always enjoy the variety of loads in flat-bed work. This is basically a 54,570 pound block of melted down aluminum cans - that's a lot of cans, and if you'd seen how they had these things stacked up at the plant I delivered to, you'd know we are a nation that drinks a lot of sodas and beer.

I tied this thing down as best I could, but I've got to admit that knowing there is an almost 55,000 pound chunk of metal behind you just waiting to exercise it's inertia on your tractor in the event of a really hard stop can be a little unnerving. When driving a permitted load like this (overweight, but not oversize) I drive it a bit differently. I try to always stay in the right lane just to give me the option of moving right, or into the grass or ditch, as an escape route from having to make a really hard stop if necessary. It also felt weird starting out in second gear, I usually just start in third when I'm loaded.

I've included a few photos of how it was secured, notice how the chains in the front and rear are crossed and catch the corners in an attempt at providing some resistance to the inertia of forward and rearward forces.

Another interesting thing to note about this load is that even though it was a permitted load I was allowed by the permits to drive it at night. That is because it was within the legal dimensions, but not legal weight. It was almost comical how the weigh stations handled my permits. It was in the middle of the night, so they don't have much permitted traffic during that time due to the restrictions on night time permitted travel. When I would pull around to the back of the scales, they would come over the loud speaker and ask me to just hold my permit up out the window. There is no way they could see what was on that piece of paper. I could have held up anything. All three of them did this and then told me "Thanks, you may proceed now" 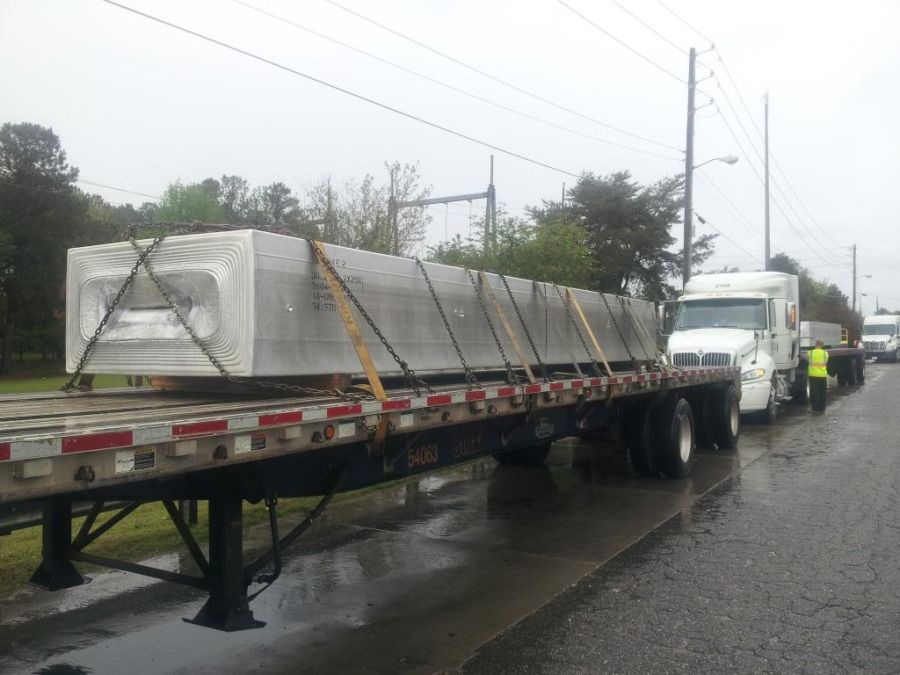 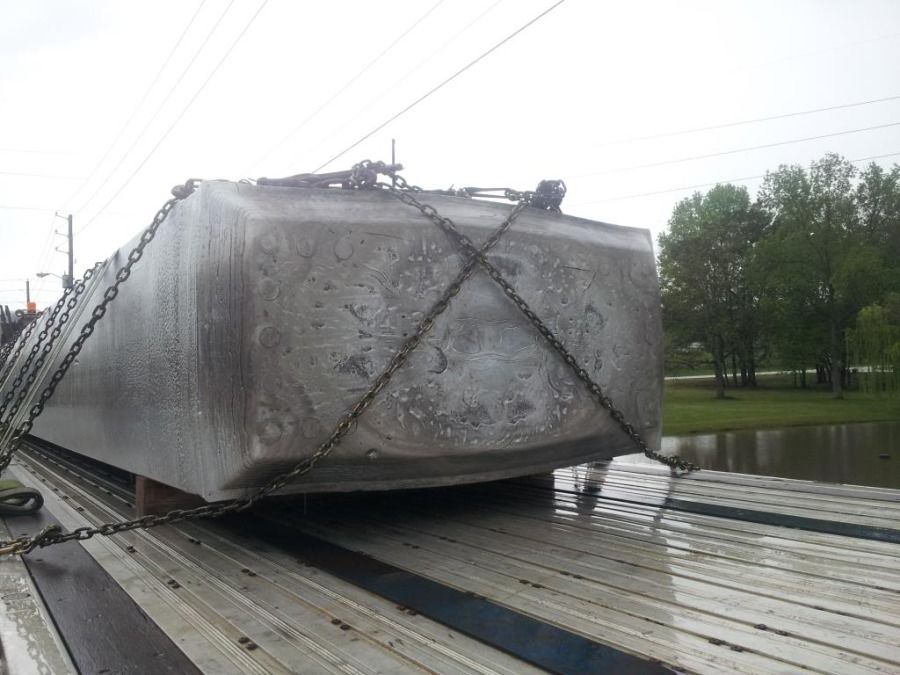 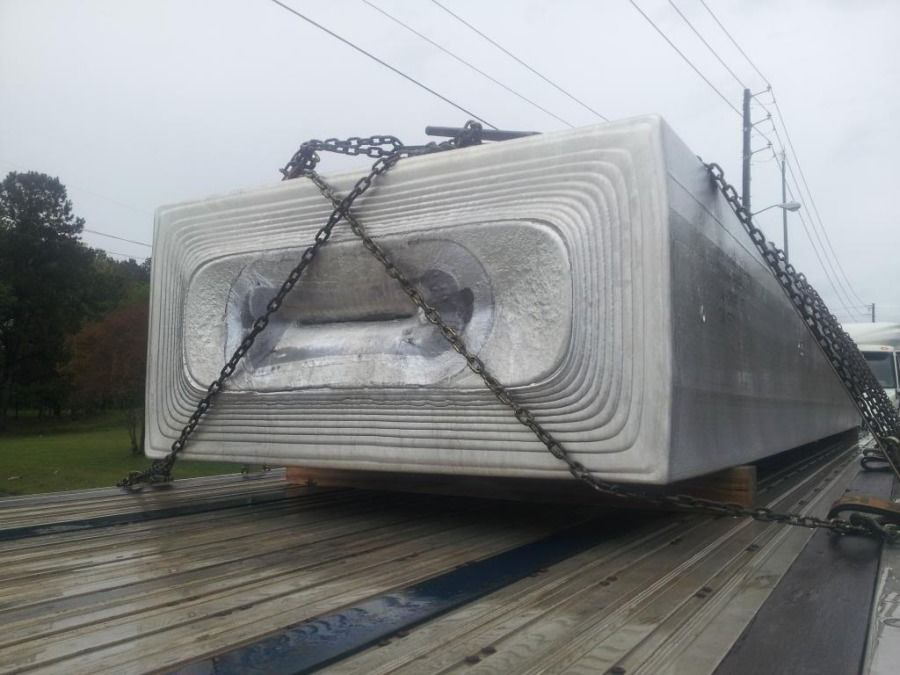 My weight was grossed right at about 88,000 pounds. My little Freighliner was huffing and puffing in some of those Tennessee mountains!

Wow - that's amazing! I told my wife about one of your recent loads where you hauled freight to the Ball canning company, that your load was being used to make those lids. She's big on canning. Pretty cool seeing the type of freight you haul Old School.

Hi Old School, a couple of times I was 40 lbs under the 80,000 limit, what do they do? sell permits to exceed that limit, still 5 axles ? Sometimes I which I could chain down the surge from the 45,000 lbs of liquid I carry in those smooth Bore tankers, thanks Dan

Old School, TSB asked me where ya picked that behemoth up at....Sweet load...and great pics !!

Man the forklift they used to load it musta big pretty big itself!

StarCar, that was picked up at the Novelis Corporation in Greensboro, Georgia.

Jopa, the forklift that off loaded me was very large, but for me the interesting thing was the crane that loaded me. Do you remember when you were a kid those tongs that our grandparents would use to pick up a block of ice? That is how the crane inside the warehouse worked, it was a big set of jaws that would use the weight of the ingot to tighten it's grip on it. If you look closely at the bottom photo you can see one of the indentions or divits it made on the right hand side of the ingot.

That is how the crane inside the warehouse worked, it was a big set of jaws that would use the weight of the ingot to tighten it's grip on it.

Yes the same principal is used to pick up plate steel or logs in the woods . . . I was just kidding about a forklift that big, they really have such a beast? The biggest I ever drove was for unloading and stacking those coils of steel . . . about 25,000 lbs . . . man THAT was spooky, I can't imagine picking up a "54,570 pound block of melted down aluminum cans" . . . do they stack them at all or are they all set on the ground for storage?

They had these things stacked four high at the receiver's yard with 8" x 8" timbers in between them.

I have seen incredibly massive forklifts, can't even tell you what the capacity of these giants are. I saw one in a YouTube video so large the trick the operator performed seemed way too impossible: the driver good drive forward, skip a dime onto his fork and place the coin in a cup filled with water!! Unbelievable! I could not see any trick photography going on but who knows...

Sorry I got off-topic, but that was one very large forklift!

Yup, they do indeed make big ol' forklifts for such loads. Here's one at a pipe yard where I load all the time. The bundle is 16"x65' pipe, weighing in at 47,000# and change, all prebundled and ready to load. They just set it down, you throw straps, and yer off like a herd of turtles!!!